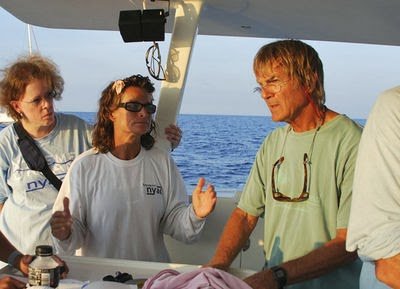 John Bartlett, the chief navigator for Diana Nyad’s Cuba-to-Florida attempts and crossing of 2013, unexpectedly and shockingly passed away 2 days ago.

Bartlett took his role in planning, researching and charting Nyad’s course extraordinarily seriously. He spent countless hours comparing information and forecasts from oceanographers and meteorologists with the actual conditions that he observed while in the Florida Straits.

When weather or marine life led to Nyad calling her swim short, it pained him. When Nyad finally had more luck on her side, he rejoiced with her and her team.

He put his heart and soul and decades of expertise in the waters of the Caribbean Sea. He was meticulous and rechecked his course constantly while on Nyad and her escort boat were getting battered and pushed left, right, forwards and backwards during her swims.

Bartlett was everything that a swimmer wants, needs and expects from their navigators. “I remember in tropical storms, for long stretches – 10, 15, 20 hours – John would be watching Diana and checking and re-checking his course with the intensity of a chess player and the wisdom of a veteran mariner. His intellect, his curiosity and his sense of challenge were the perfect match for Diana and the Florida Straits,” said Steven Munatones. “He will be sorely missed by everyone who had the pleasure to come across his humble and passionate path.” 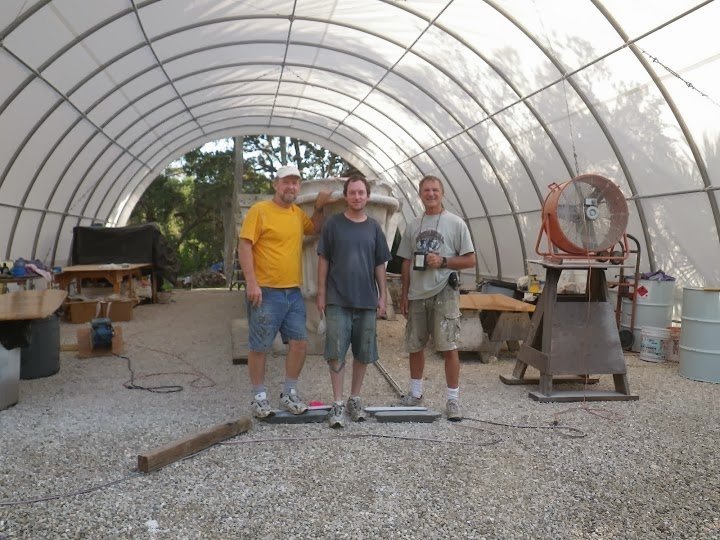 Kayaker and friend Don McCumber recalls, “Besides being the genius navigator behind Diana’s successful quest, John (far right in photo) also designed and built two very unique boats that were used in her Cuba swims.

The first kayak mothership was Mirage and Diana’s personal support mothership was Voyager, a boat that was ideally suited for this purpose. John [had a] passion – designing and building boats with a singular vision…boats like no others.

This one, John had decided to name ‘Catanahaf’: Catamaran and a half – a trimaran. We built the center hull by laying up fiberglass in a mold that John had previously built a power catamaran with before. The outer hulls were salvaged from a catamaran that John had bought for this purpose. He had the vision to see these three hulls coming together, and then make it happen. We were just getting to the stage when John was able to start painting primer in the cockpit area in the last couple of weeks.

Mark Sollinger recalls his close buddy, “John and I worked together on three Cuba swims. The adventure he and I shared is a book in itself. We were roommates in Key West. When I think of him now, it is with a big smile. Not only was he a calm professional, but he was funny as hell. He told me once that he was from West Hartford Connecticut an area I know well and I recognized the accent. He also told me the story about how he had been the only white member of an all black disco band. He played the electric base. The band was complete with silk shirts and platform shoes. He would then demonstrate playing “air base” complete with some of his moves. I was rolling on the floor laughing. It is said that everyone we meet in life has an effect on us. Some good, some bad. It is not enough to say John was in the good category. He was in an elite category that is saved for those few very special ones.”