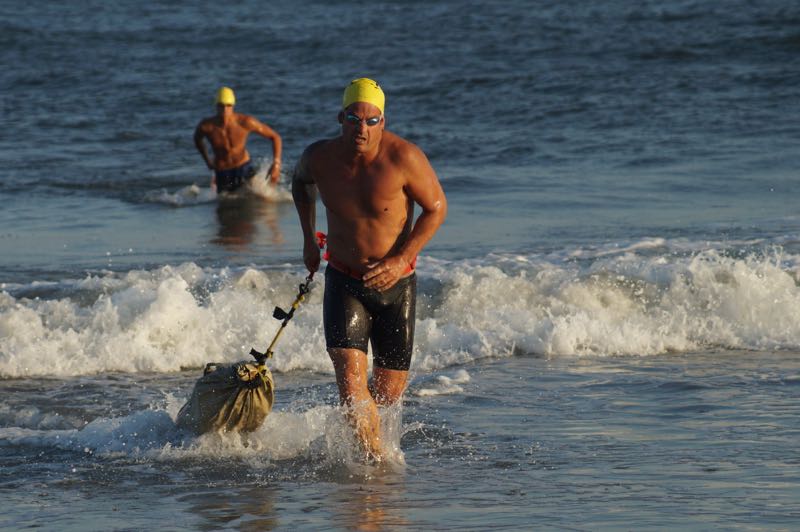 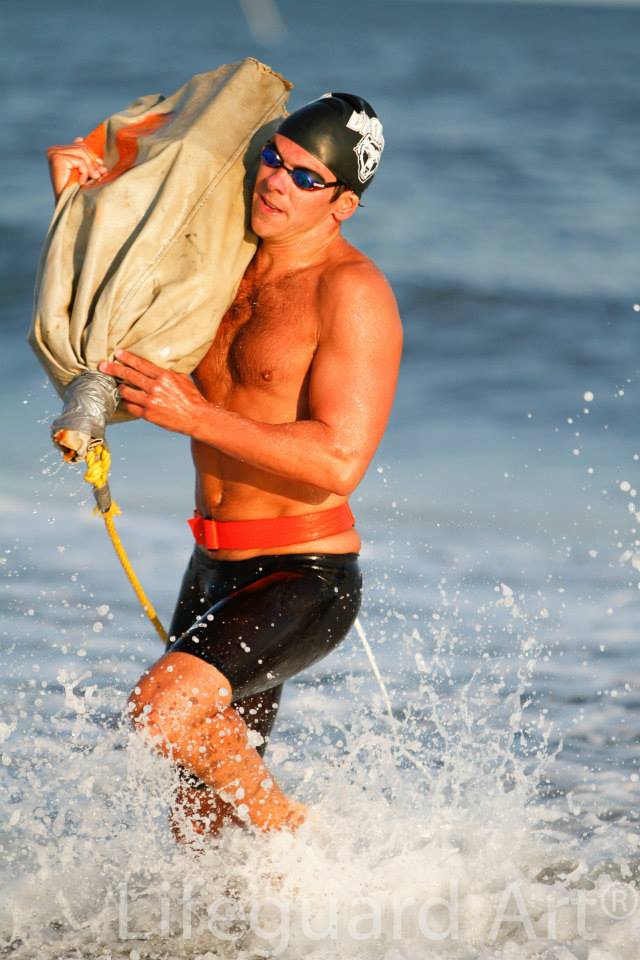 For 49 years, the annual John T. Goudy Memorial Rescue Races are attracted those committed to lifesaving along the Jersey coast. Last night, the races were held in at Suffolk Avenue beach in Ventnor.

“From a beach start, we sprint 200 meters off shore to a 50-pound bag of rocks that we then drag back to shore, lift and carry 20 meters up the beach to the finish,” explains competitor Bruckner Chase.

“This bag slows even the fastest and most motivated swimmer to a sub-kicking pace. This bag to many ocean athletes takes all the joy out of a return 200 meters that was fun and light on the way out.”

The Funk family has been standouts for decades in the annual competition.

David says, “The Goudys from a Ventnor standpoint is huge. It’s named after an awesome man (John Goudy]. Whether it’s a swimmer with a rescue can or a rower in a surfboat, we practice rescue. We pride ourselves in being well-versed in the boat. We have a history of success in the Goudys.”