John Kulewicz On Swimming And Running 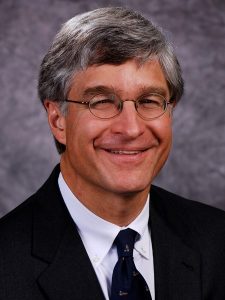 John Kulewicz On Swimming And Running

Courtesy of Jonathan Varner , Columbus, Ohio. John Kulewicz has done many things in his life, but it always starts with the first step – or first stroke.

He explained, “When I started swimming, I struggled to complete just a few laps in the Tremont Pool.”

But he ultimately completed crossings of the English Channel (relays), Strait of Gibraltar and Bosphorus.

He organized two unique swims: the PT 109 Swim, a 4.2 mile ocean swim from Kennedy Island to Olasana and Naru, then back to Kennedy Island in the Solomon Islands in 2018, together with Jay Madigan, Jack Lundberg, Adrian Mula, Rich Lovering, and Peter Canfield.

His second unique swim celebrated the 70th anniversary of D-Day Crossing.  Like the Allied Expeditionary Force (AEF) in 1944, the six-member relay team included John Boyd, retired U.S. Army Lieutenant Colonel working for NATO in Brussels, Joe Hall, a U.S. Air Force Colonel posted to NATO in Brussels, James Penrose, an American lawyer working in London, Edward Williams, a British marathon swimmer, Bryan Avery Alternate and British IT consultant, and Kulewicz who said, “There’s nothing we can do to match the bravery of those who crossed the Channel in June 1944, but we hope to help others remember their courage and sacrifice in this small way,” said team leader John Kulewicz. “The 70th anniversary of the crossing may be the last decennial occasion to enjoy the presence of those who made the 1944 crossing. We stand in awe and hope to honor them as we swim across these historic waters.”

“It only became possible for me to undertake these huge open water swims challenges because Upper Arlington made facilities like our pools available and accessible to me and to all those who want to maintain and improve their health and fitness,” said Kulewicz.

I believe we can all more readily achieve whatever we want in our daily lives so long as we have adequate police, fire and emergency medical services; parks and recreation facilities; senior programs; cultural arts programs; street maintenance; snow removal; waste collection; water, sewer and storm water line maintenance; sensible economic development; and sound building, planning and code compliance. Maintenance and continued steady improvement of our fundamental municipal services would be my objective as your Council Member.”

Kulewicz’s candidacy puts him in the running for one of three seats to be elected at large by Upper Arlington this November.  Kulewicz is a partner at the downtown Columbus law firm of Vorys, Sater, Seymour and Pease, where he has practiced since 1981 and is now chair of the firm’s appellate practice.

Kulewicz has served numerous roles in the community, including as board president of the Columbus Zoo, board president of Catholic Social Services, and as an officer of the Ohio Historical Society board. Kulewicz earned his undergraduate degree in history at The Ohio State University and is a graduate of Yale Law School.