John Mathews Passes While His Legacy Lives On 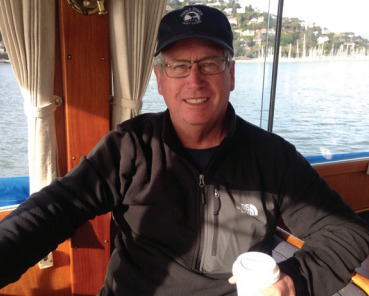 John Mathews was born October 13th 1953 in West Haven, Connecticut. Before he passed away, Mathews’ career took him to New York, Houston, Dallas, Los Angeles and San Francisco with his wife Lisa and four children.

In the last 10 years of his life, Mathews was a financial advisor for Wells Fargo and founded the Night Train Swimmers, a group of San Francisco Bay open water swimmers who attempt and complete a number of extreme swims and ultra-marathon relays in order to raise money and improve the lives of various people around the world.

A celebration of his life and a remembrance of his remarkable achievements and legacy will be held on August 2nd at the San Francisco Yacht Club in Belvedere. Vito Bialla explains the program for the celebration, “At 3 pm boats will depart the San Francisco Yacht Club. Per John’s instructions, we go halfway to Point Bonita where the boats form a circle and distribute his ashes. All the Night Train Swimmers will jump in and escort him for a while in the ebb tide.

John started something very special and Night Train Swimmers will hopefully carry on his spirit and goodwill towards all his fellow men and women and children and all those he touched
.”

Mathews’ commitment to the community was evident in the many volunteer activities in which he engaged. He served as President of the Board of MATRIX, an organization to support families with Special Needs children. He inspired many young people by coaching sports each of his children played, including Special Olympics, Tiburon soccer, Southern Marin lacrosse, Tiburon Peninsula Little League and softball.

“One of his greatest joys was being the founder of the Night Train Swimmers which has brought swimmers together to challenge themselves while raising funds for Lifehouse, Semper Fi, Reed School Foundation, BayKeepers and swim programs for needy Marin children.

Night Train embodies John’s life commitment to live with purpose, gratitude and compassion while challenging ourselves. His example led so many others to share that commitment as they continue to expand Night Train Swimmers even beyond John’s initial dream
.”