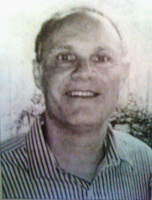 The Illinois Masters Swimming Association renamed its annual Service Award the John Sloan Memorial Volunteer of the Year Award on behalf of John Sloan who passed away during an open water swim earlier this year.

John, in the water, on the pool deck and in life, demonstrated good sportsmanship, great character, leadership, supportiveness, generosity and was an inspirational individual with a passion for swimming. Nominations for the John Sloan Memorial Volunteer of the Year Award may be submitted via email.

USA Swimming Board of Director member Michael Lawrence remembers him well, “John was all that you have read. He had a passion for people, achievement and swimming. After he retired he renewed his love with the sport and soon became one of the toughest competitors in the pool.”

“He walked into our offices at the Lake Forest Swim Club one day and said, ‘I love swimming and I want to help kids love swimming too. Can I learn to be a coach with you?’ Imagine that, volunteering to pass on the passion and thinking that we were doing a favor for him. Never wanting even token pay or expenses, but really liking the swimming t-shirts. John learned to coach. He touched 6-year-old beginners, teenage state competitors, and even looked over National Team Member Mitch Stoehr. I think I’ll hear him saying, ‘Ready, GO!’ for a long time. We miss John. He’s someone you should know.”