They have endurance genes in their blood and a special mental strength to help them reach the pinnacle of marathon swimming.

The pair appear in an engaging, enlightening and entertaining WOWSA Live interview today.

The two clearly show support and love for one another as top-notch English Channel swimmers who have also won the Manhattan Island Marathon Swim and successfully completed other major marathon swims around the world. 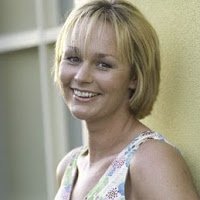 Between Tammy’s victories in the Lorne Pier to Pub and the Big Swim, world record swims in Loch Ness, the Cook Strait, the Ederle Swim, she swam the English Channel (1994) and was the first to swim across the Bass Strait and the Gippsland Lakes as well as 2,438K down the length of the Murray River.

John won the Manhattan Island Marathon Swim, did an English Channel two-way after stints in running and triathlons. He swam a swift 8 hour and 17 minute English Channel crossing along with Tammy (8:32).

They both discuss growing up and being part of the Australian surf lifesaving culture and learning the ways of the open water in Port Phillip Bay. They laugh, they reminisce, they explain, they share memories.

Ever-buoyant, ever-optimistic, the pair are great ambassadors of the sport who have helped push each other to great heights…and great distances.