John Tierney, Just Getting On With It 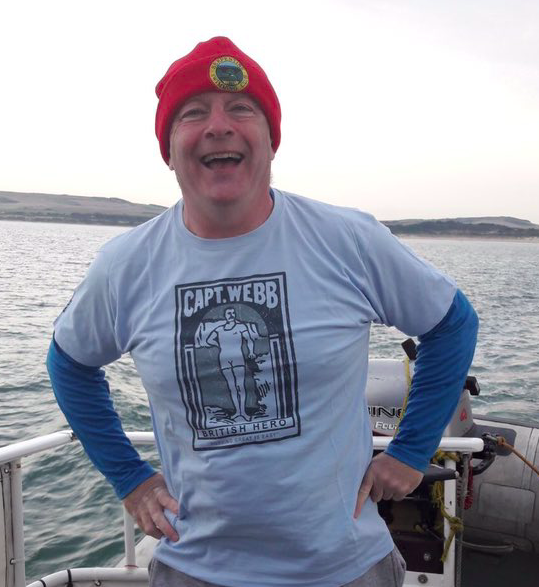 “Just get on with it,” advises Irish-born and -bred John Tierney, one of the Serpentine Swimming Club regulars who frequents the famed British lido in Hyde Park.

“Isn’t it just lovely with the fog?” remarked Tierney after one of his early morning workouts in the Serpentine, said as more of a statement than a question.

After a number of relay swims across the English Channel and swims from Turkey and Italy to South Africa, Tierney finally grappled with a crossing of Windermere in the Lake District of England and the English Channel. He knocked off both of them within a 5-week span: a 6 hour 27 minute 16.8 km crossing in 16°C water in Windermere and a 14 hour 37 minute crossing from England to France [course shown below].

Years ago, Tierney penned this poem:

Some say that swimming is boring, perhaps a trifle dull,
Splashing past chlorinated lane ropes, with very little to mull.
But other places are more profound, such as in lake, river and sea,
Like many a dry-docked Londoner, it’s the Serpentine for me.

It’s open in the summer, when the Serps has shine and shimmer,
Translucent arcs, are water-carved, by the open water swimmer.
It’s open in the winter, the bitter cold is strangely more inviting
You shrink your skin, and freeze your bits, to move in icy waters biting.

At Serps we have our own rush hour, around seven in the park,
And when the changing room is full, we’re noisier than the lark.
Why yes, it’s cold, you know all that, perhaps you think us fools
Big respect for Captain Webb who created English Channel Rules.

In the month of May, in the Serpentine, what differs from the pool?
White swans glide past sedately, with ease and aquatic cool.
Wild coots chase each other, with crazed black feathered rage,
As if they walk on water, dirty geese should act their age.

So, what about the humans, the ones without black rubber
But don a hat and skimpy trunks and trust in human blubber?
Young and old or thick and thin, usually we never grumble
Just jump right in and do our swim and then get out more humble.

The air is warm in summer, it turns more hot, less breezy,
And Robin’s three thermometers confirm that swimming now is easy.
We record in Fahrenheit; young dippers that’s how it’s always been,
The mercury sits at 61, which in Celsius means sweet 16.

Robin sometimes mumbles and dreams of going faster,
But last summer hitting 70, his Channel relay was surely no disaster
It was a success for Alan and George and all the seven man team,
All open water swimmers reliving Captain Webb’s 1875 dream.

A thought us cloudy water swimmers spare, for those dambusters in black,
Squirming in bulky neoprene, is a sensation we don’t lack.
Watery germs, and itchy bugs perhaps? They think it’s a filthy bummer,
For bird or swift or swimmer, one swallow doesn’t make a summer.

Further away in Hyde Park, hooves flick up morse code puffs of sand,
Dappled sunlight lances low, as military horses are schooled by hand.
As dust rises up the flanks of the powerful British stallions,
I wonder what our equine friends make of those rubber battalions?

Why are these zealous floaters half submerged for rubber dunks?
It’s English Channel rules for us who sport just hat and trunks,
They’re “double-hatters” we all cry, replete with the latest technology,
But for purists, hot tea and hot gossip, this is our only codology.
Of course there are those times when some of us suffer the shakes.
But it’s English Channel rules if you have what it takes.
All we seek are good friends true, wearing silicone hat and trunks,
Good luck to those rubber duckies, perhaps they’re sporting hunks?

For goodness sakes, we swim our bit, 12 months in the round,
And sometimes have hot breakfast where sincere chat abounds.
And after munching nosebag, Dobbin’s team rests in their Imperial stable
And swimmers, dressed, refreshed, move along, full, fired up and able.

Then to our workplace we waddle, to complete our tasks in hand
And live like impervious mortals the rest of the day on dry land.
But scratch the surface of a real swimmer who thinks of swimming’s jewels
And he’ll skim to our hero Captain Matthew Webb, for the English Channel Rules. 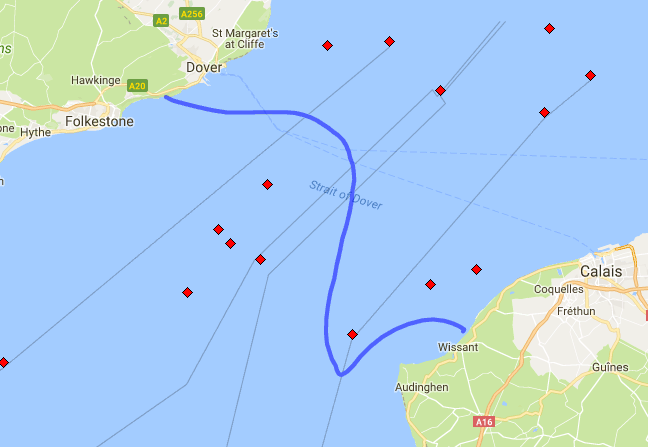