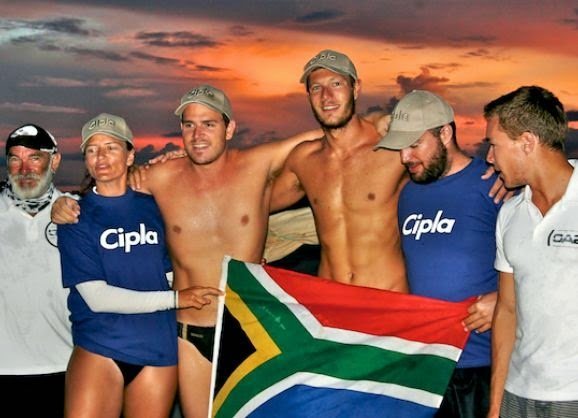 It also sponsors a Night Jar Adventurers of the Year award in South Africa. Given the adventurous spirit, the hardened physicality, and tough mindset of the South Africans, eight groups of nominees represent a vast span of human achievement in myriad sports and adventures. Not surprisingly, six open water swimmers on two unique marine adventures were nominated for their exploits.

The nominees included Jonno Proudfoot and Thane Williams for their 459 km stage swim from Mozambique to Madagascar. It was outlandishly adventurous exploit that safely came together over a 24-day 155-hour stage swim across the Mozambique Channel.

Similarly visionary and ambitious was the Bering Strait Swim in the north Pacific Ocean that included renowned South African ice swimmers Ram Barkai, Toks Viviers, Ryan Stramrood, and Andrew Chin. The quartet was nominated for their participation in the unprecedented 86 km 6-day Bering Strait Swim from Russia to Alaska. 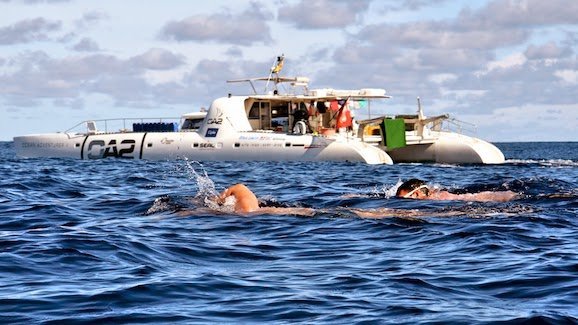 “We started on a random small beach, full off sea urchins. On March 24th, we finished on a beach in Cap St Andre on Madagascar.”

The men and their crew kept to a remarkably straight tangent across the Mozambique Channel, given all the currents, waves and turbulence. “We had a support rubber duck with a compass which guided us on bearing as we swam 3 sessions per day. It started with 3 hours, 2 hours, and 1 hour. Then after about 6 days, we upped it to 3.5 hours, 2.5 hours, and 1.5 hours. Typically we swam 7.5 hours per day.”

Disciplined as they were, they stuck to their plan like clockwork. The typical day would start with wake-up at 4:30 am with the sunrise at 5 am. “We were in the water at 5:30 am and would swim for 3.5 hours. We would stop after 2.5 hours for water. Then it was breakfast on the mothership [the Ocean Adventurer, a yacht].”

Every skill set and worldly experience of the crew was necessary for the unexpected happened. “Everything that could have broke, broke. The was a cyclone in the channel days before we started swimming and now there is another across our route. But I must say that everything worked out perfectly because we managed to complete the swim in 24 days, and managed to swim every day.”

Both swims were historic, epic, and unprecedented: true modern-day adventures. 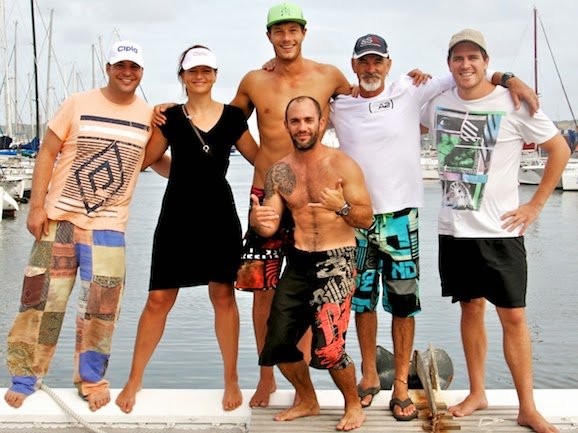 Online voting for Jonno Proudfoot and Thane Williams is here. Additional articles on the dynamic duo include: