Joost Bierens Leading A Life And Legacy Saving Others 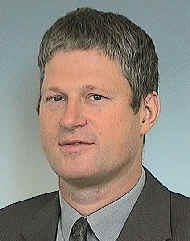 Professor Bierens trained as an anesthesiologist in the Netherlands and as an emergency room physician in Belgium. After he completed his training, he worked as anesthesiologist and intensive care physician and became head of the department of Intensive Care and Hyperbaric Medicine. He was later appointed as Professor in Emergency Medicine at the Department of Anesthesiology where he oversees a supra-regional level I trauma centre and the ground station for a helicopter mobile medical team where his focus is on emergency and disaster medicine.

While his medical experience is exemplary, his scientific interest in water-related injuries started when he worked as a professional lifeguard during medical school vacations. His interest turned into something much more valuable than a hobby and is the reason for receving the prestigious Paragon Award. Professor began to establish a long-lasting legacy. During his medical career, he has published more than 80 articles and chapters on drowning, hypothermia and water safety.

In 1996 he completed the doctoral thesis on Drowning in the Netherlands. Pathophysiology, epidemiology and clinical studies. He remains a much sought-after national and international speaker and educator on these subjects, from a practical rescue level to the clinical intensive care level. He is affiliated to the Royal Dutch Orange Cross, Royal Dutch Lifeboat Institution and the Medical Commission of the International Life Saving Federation. He also serves as project coordinator of the World Congress on Drowning.

In addition to the activities in the field of water safety, Dr. Joost Bierens is involved in research, education and strategy planning in several other fields such as intubation, infection prevention, medical ethics, diving medicine, resuscitation, emergency medicine and disaster medicine. He has published several articles and chapters in books and presented scientific papers on these topics. He is a member of the Editorial Board of the European Journal of Emergency Medicine.