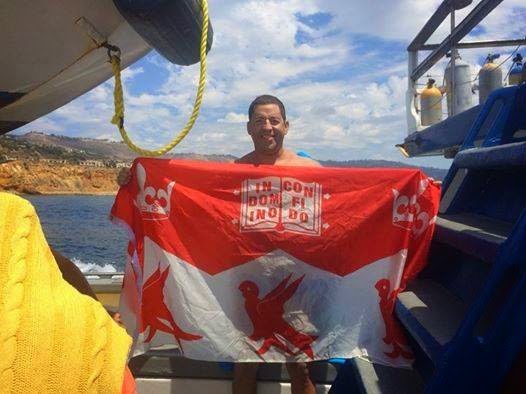 Jordan Waxman is a 50-year-old Canadian marathon swimmer who successfully completed the Triple Crown of Open Water Swimming last month, the 98th individual in history to do so.

Waxman completed a crossing of the Catalina Channel in 12 hours 51 minutes on August 19th under the auspices of the Catalina Channel Swimming Federation to join the Half Century Club. Waxman previously completed a crossing of the English Channel in 2010 under the auspices of the Channel Swimming & Piloting Federation in 14 hours 6 minutes.

Waxman is shown holding the coat of arms of McGill University in Montreal, Canada.