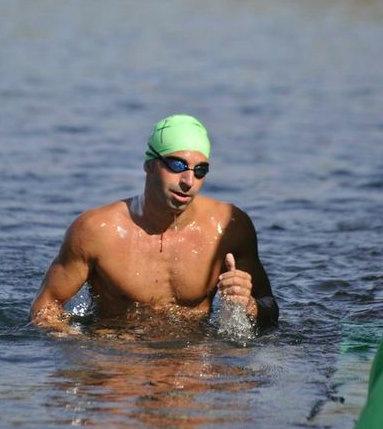 Next week, he will be presenting and teaching at the Liberty Wave Open Water Swim in Singapore.

He helped coach Jorge Crivilles Villaneuva across the Tsugaru Channel in Japan and will head to the North Channel for a Northern Ireland-Scotland attempt in 2018. 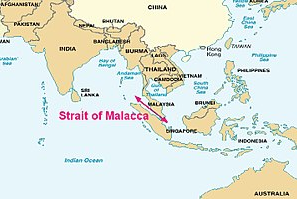 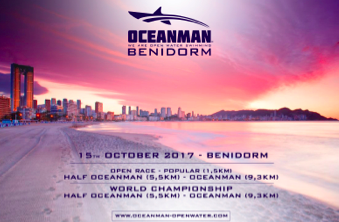 The 35-year-old Spanish swimmer is also helping organize the upcoming Oceanman World Championship in Benidorm, Spain on the Mediterranean coast on October 15th and will attempt an unprecedented 45 km crossing of the Strait of Melacca between Malaysia and Indonesia.

Besides a plethora of marine life, there are many obstacles in Melacca, the main shipping channel between the Indian Ocean and the Pacific Ocean, linking major Asian economies of India, China, Japan, Taiwan, and South Korea. Over 94,000 vessels pass through the Strait each year, carrying 25% of the world’s traded goods as well as 25% of all oil carried by sea passes through the Strait. Additionally, contemporary pirates have attacked numerous ships along the strait and a haze caused by raging bush fires in Sumatra can reduce visibility to 200 meters.

Oceanman World Championship, the final Oceanman race in Benidorm is open to all participants in the 9.3 km Oceanman and 5.5 km Half Oceanman distances.

All swimmers who qualified in the Top 10 in the previous six events on the Oceanman circuit during the 2017 season are eligible for prizes.

“The competition will also include a 1.5 km race with over 1,200 swimmers from 35 different countries,” explained Larrosa. “One of the biggest attractions of the test will be the Island of Benidorm, a tourist icon of the province of Alicante, which will be the departure of the test Half Oceanman and place of rotation for the swimmers of the distance Oceanman. The 9.3 km race will start from the Beach of Mal Pas and will take the swimmers around the island of Benidorm. The 5.5 km Half Oceanman is a circumnavigation of the island of Benidorm.

The next 2017-2018 season will starting on November 25th with the new Oceanman Langkawi event in Malaysia. For more information about the event on Langkawi Island in Malaysia
.”