Josef Köberl To Be Honored In California 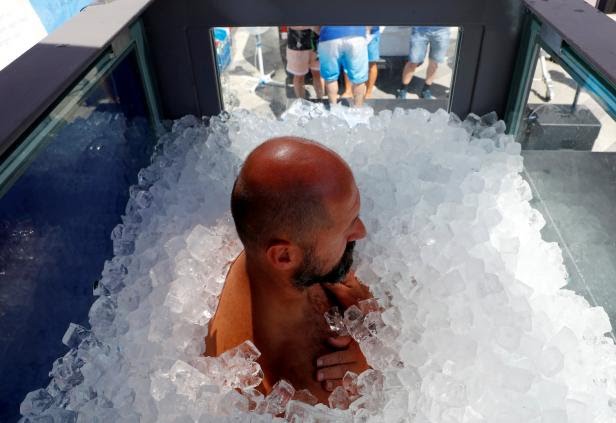 Josef Köberl To Be Honored In California

Köberl sat for 2 hours 8 minutes 47 seconds in an ice bath where only his head was exposed while his entire body was enveloped in ice on August 10th in his hometown of Vienna.

He broke the longest time spent in direct, full-body contact with ice by Jin Songhao of China in 1 hour 53 minutes 10 seconds that was set in the CCTV-Guinness World Records Special in Xiamen, Fujian, China on September 4th 2014.

Köberl has plenty of runway to extend his record, if someone tries to or does break his newly set standard. He said that he could have stayed in the water even longer, but it was not necessary.

Köberl explained his strategies to set the record, “The world record attempt was one extension of my personal limits, “explains Köberl.  My first big thank you goes my team of supervisors that was led by Richard Werner, chairman of the Freizeit Vereins Altenwörth, and Martin Holler from MH Metall provided the specially designed ice cabin.  The CEOs of Gugerell & Idrizi, Jürgen Gugerell and Bejram Idrizi provided the financial support.  Without the partners, I would have never been able to attempt the world record attempt.” 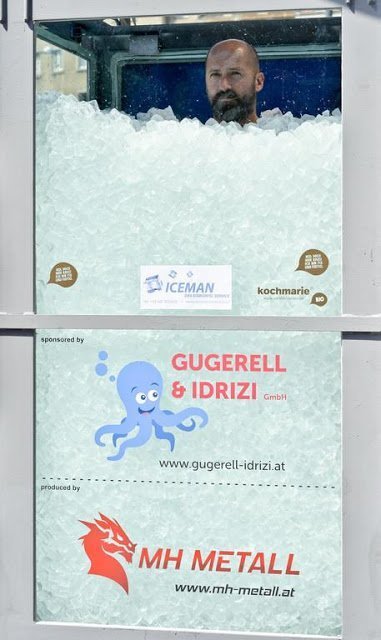 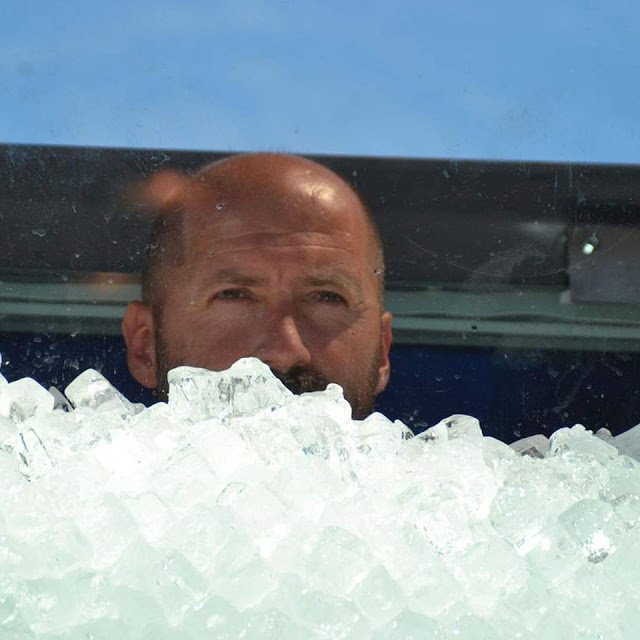 Köberl set the world record in a glass cabin outside the main train station in Vienna that was filled with ice.  He had trained himself physiologically and psychologically for 8 years as he hardened his body and mind.

Köberl trained by lying in bed covered in cool packs and swimming in 3°C water.  “Pain management is also a very important point. As an extreme athlete, I have to have control of my body, not the other way around.”

Köberl wants to convey through his feats that anyone and everyone can expand their personal boundaries.  He has proven this by working with over 3,000 people.  He swims in 1°C – 14°C water in the Danube River or swimming at minus temperatures in the Hintertuxer Gletscher (Hintertux Glacier).  “The training works to discard negative beliefs, to motivate oneself, and above all to give oneself something be trusted.  These are the things that I would like to pass on in my training,” explained Köberl.  “Many people are surprised when they notice how much they are can perform when body and mind work together.”

Köberl’s Icebears Hintertux was voted as the 2018 World Open Water Swimming Offering of the Year in a global online poll.  He will be honored at the WOWSA Ocean Fest where the WOWSA Awards winners will be recognized on October 5th in Redondo Beach, California.

His WOWSA Award nomination was as follows: “Josef Köberl, president of the Ice Swimming Association Austria, loves the extreme. He loves the cold and pushing himself and sharing his passion with other like-minded athletes. He organizes the Austrian Ice Swimming Championships.

He created the Icebears Hintertux, a 4-day high-altitude glacier training camp that is held in Hintertuxer Gletscher in Austria. The two workouts daily camp offers both extreme ice swim and pool training sessions. For organizing and teaching interested swimmers how to acclimate and train in high-altitude extreme conditions, for safely organizing glacier swims in a uniquely beautiful ice chamber in 0°C water and 0°C air at 4200 meters altitude, and for meeting the needs of channel swimmers and ice swimmers and pushing their physical and mental boundaries, the Icebears Hintertux camp by Josef Köberl is a worthy nominee for the 2018 World Open Water Swimming Offering of the Year.“