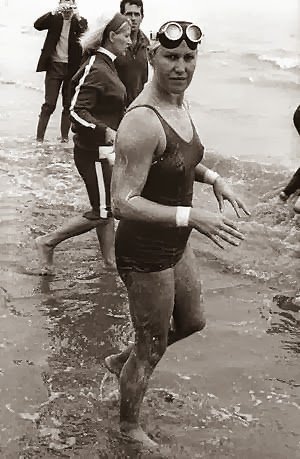 When men and women competed against one another in the professional marathon swims during the 1960s, there was one woman who was always a threat to win: Judith van Berkel-de Njis from the Netherlands.

After an illustrious career as a professional marathon swimmer, the Dutch legend was selected for enshrinement in a special election by the International Swimming Hall of Fame as an Honor Open Water Swimmer with other aquatic greats: