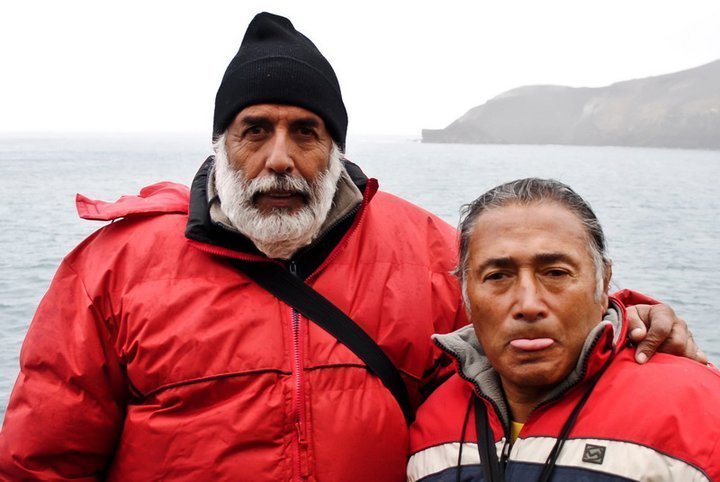 Julieta Núñez and Ricardo ‘Cate’ López, both from Santiago, Chile, began their two-year preparation for their Antarctica swim with research, commitment and expert assistance.

They boostered their training by doing several swims that culiminated in their 2-year mission to do a 1-mile swim in Antarctica.
Their preparation for Antarctica included swims across the Chacao Channel (Chiloe Island), the Beagle Channel, the Strait of Magellan and Lake Titicaca (at 4100 meters altitude).  Then, they waited for weeks for swimable conditions in Antarctica together with Víctor ‘Tiburon’ Contreras, another Chilean Antarctica swimmer who swam at the bottom of the world in 1987.
Julieta and Cate wanted to swim in the same place (Deception Island from Punta Perford to Punta Collins) and the same distance (1 mile) as Tiburon did (in 32 minutes).
They traveled by airplane from Punta Arenas to Rey Jorge Island on February 24th and then they took an Ice boat to Deception Island. On February 27th, they both swam in 0.5°C (33°F) water. Julieta took 36 minutes and Cate finished in 22 minutes.
Photos of their wetsuit swims are here.