Just Get On With It 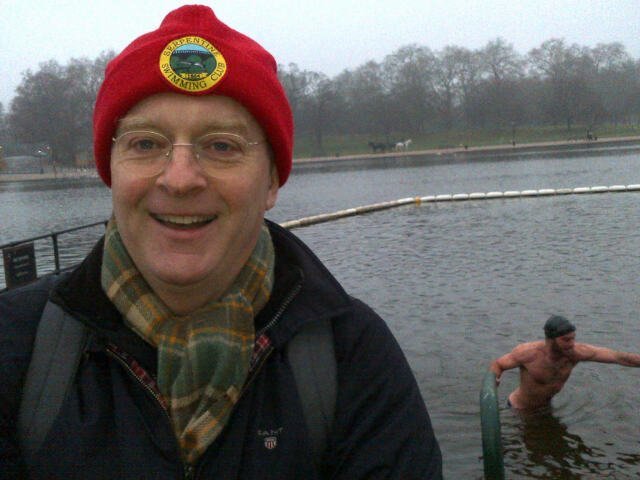 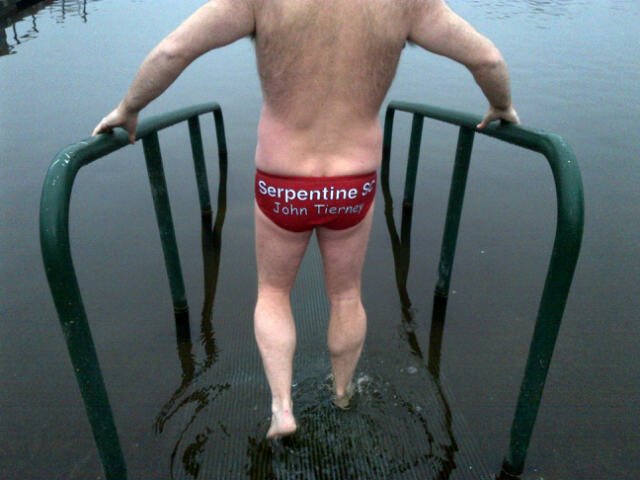 Courtesy of WOWSA, Huntington Beach, California. “Just get on with it,” was heard frequently upon our visit to the famed Serpentine Swimming Club in London. On an early morning when the London fog blanketed Hyde Park and the skyline fell low upon the horizon, the hardy members of the Serpentine Swimming Club religiously walked towards the Serpentine. Without hesitation and without fail, they all casually walked into the 1ºC (34ºF) water. No hyperventilation, no worries. “Just get on with it,” advises Irish-born and -bred John Tierney, one of the regulars who frequents the lido in Hyde Park used every day of the year by the Serpentine Swimming Club. “Isn’t it just lovely with the fog?” said Tierney in more of a statement than a question. His early morning crew included Ned Gammell who swam 4 lengths of the 110-yard course set on the banks of the 2012 London Olympic Games marathon swim. “I used to only swim in the summer…and then I met this crew. They convinced me to swim year-round,” smiled the 31-year-old from London who was pink-skinned and experiencing significant afterdrop. “It is cold, but it is really cold when you get cut by ice. But I go for a run afterward and warm up.” The locker room of the Serpentine Swimming Club is functional and small. The showers used by the team – unlike the absolutely marvelous saunas of the Dolphin Club and South End Rowing Club members in San Francisco Bay – are the same temperature as the Serpentine: cold, very cold. “And sometimes the lights don’t work. We just get on with it. We are a bit quirky here, but we have get a real camaraderie here, along with the Dunkirk spirit. Oh, and it is fantastic when it snows,” says William Delaszle, a 34-year-old regular from Oxford. Brilliant. “I used to swim in Oxford in the River Thames. In the dark and almost got hit by boats twice. I thought it was crazy, so I decided to start swimming here,” explains Delaszle, a giant stock of a man who was a former Army officer. Copyright ©2008 –  2013 by World Open Water Swimming Association