Steven Munatones 03/22/2020 Open Water Swimming No Comment
Rob Sleamaker, Founder and CEO of Vasa, announced on the Vasa website, “Due to pool and gym closings worldwide, we are experiencing an extremely high demand for Vasa swim training products. The increased business means a lot to us and our team is dedicated and efficient. Please be patient as we answer your emails and phone messages in the order they are received.” Dr. Lyle Nalli is one of the far forward thinking swimmers who purchased his Vasa SwimErg years ago and is putting it to good use during these usual times. The 60-year-old Catalina Channel relay record holder combined his KAATSU Cycle 2.0 bands with a Vasa SwimErg. Dr. Nalli did several sets of KAATSU Swim on his Vasa SwimErg. He used the KAATSU Training mode on the KAATSU Cycle 2.0, placing the 250 SKU pressure on his pneumatic arm bands. KAATSU Swim Protocol on the Vasa Trainer * KAATSU Cycle 2.0 unit with pneumatic KAATSU Bands * Descending distance set: 1 minute on + 1-minute off, 45 seconds on + 45 seconds off, 30 seconds on + 30 seconds off, 15 seconds on + 15 seconds off, 15 seconds on + 15 seconds off * Middle-distance set: 5 x 30 seconds on + 30 seconds off To complete his shelter-in-place workout, Dr. Nalli also completed a KAATSU Power Walk, the KAATSU 3-Point Arm Exercises (Hand Clenches + Biceps Curls + Triceps Extensions), and finished off with a Spyder 360™ core workout. With his local pool closed due to the shelter-in-place quarantine in California, Dr. Nalli did a KAATSU Power Walk.* Walking around his neighborhood, he did 6 consecutive KAATSU Cycles with his KAATSU Cycle 2.0 leg bands. He started with the minimum of 80 SKU in pressure and eventually built up to the maximum of 400 SKU pressure. After he walked, he continued a series of 50-meter runs alternatively with 100m recovery walks on the streets near his home. Dr. Nalli said, “A KAATSU workout with an experienced KAATSU Master Specialist is also very helpful in order to fine tune the use of the KAATSU equipment. The philosophy of training where KAATSU enables incremental changes in gradual pressure, and therefore, in intensity, is very important. The old-school training of no-pain-no-gain is inferior to this kind of incremental increases in physiological stress – that catalyst ultimately leads to hormonal and metabolite secretion that is one critical end game. I am looking forward to seeing the results when it comes to a competition.” =========================================== 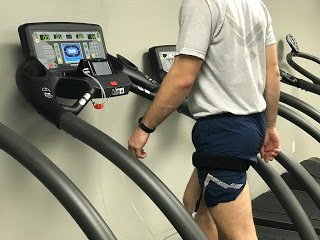 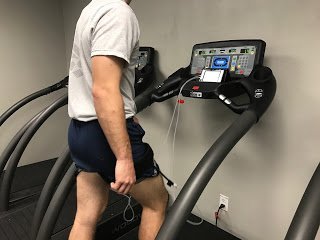 The U.S. Air Force special operators participated in a research project where the test subjects did 20-minute bouts of treadmill speed of 50 meters per minute.** Dr. Bill Ursprung at Texas A&M University studied the effects of KAATSU to improve aerobic capacity. Dr. Ursprung evaluated KAATSU Walking on VO2max, 1.5 mile run times, and muscular size at low training volumes and intensities with airman from the U.S. Air Force 350th Special Operations and Tactics Training Squadron. The researchers found benefits and changes among the KAATSU users while there was no change in muscle size and dynamic and isometric strength in the control group. 1. Serum growth hormone was elevated after KAATSU Walking with the experimental group, but not with the non-KAATSU control group 2. MRI-measured thigh muscle cross-sectional area and muscle volume increased by 4-7% 3. One repetition maximum and maximum isometric strength increased between 8-10% Furthermore, indicators of muscle damage (creatine kinase and myoglobin) and resting anabolic hormones did not change with both groups. The researchers concluded that KAATSU Walking induces muscle hypertrophy and strength gain despite the minimum level of exercise intensity after 3 weeks, and that KAATSU Walking is a useful method for promoting muscle hypertrophy for a wide range of people including the frail and elderly. After three weeks of lower extremity KAATSU Walking, the test found significant improvements in VO2max, significant decreases in 1.5 mile run time, and significant increases in thigh muscle cross sectional area and the researchers concluded that KAATSU Walking represents a methodology for improving aerobic capacity, endurance and muscular size at low training volumes and intensities. This conclusion mirrored the applications for KAATSU that many far forward-thinking coaches and trainers have known and used – like Dr. Nalli. For athletes who are looking for concurrent improvements in strength and endurance, they do not always have to move, run, swim, cycle or row at maximum intensity…if they strategically use KAATSU equipment. ** The Effects of Blood Flow Restriction Training on VO2Max and 1.5 Mile Run Performance by William Ursprung, published in the International Journal of Exercise Science. Copyright © 2014 – 2020 by World Open Water Swimming Association