Kane Radford, Stefannie Gillespie Are Legends Of The Lake 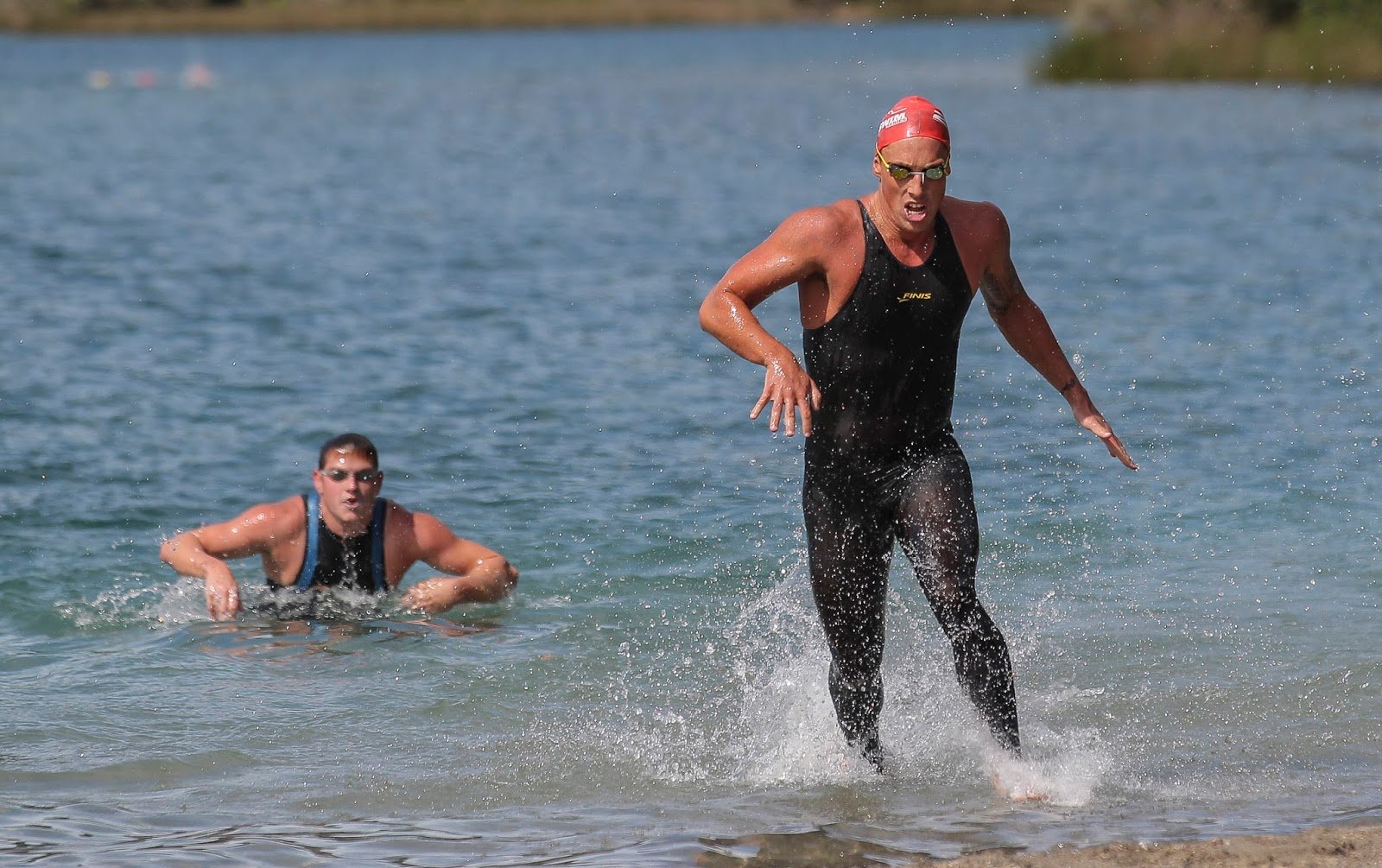 Photo by Simon Watts shows Kane Radford winning at the Legend of the Lake swim. 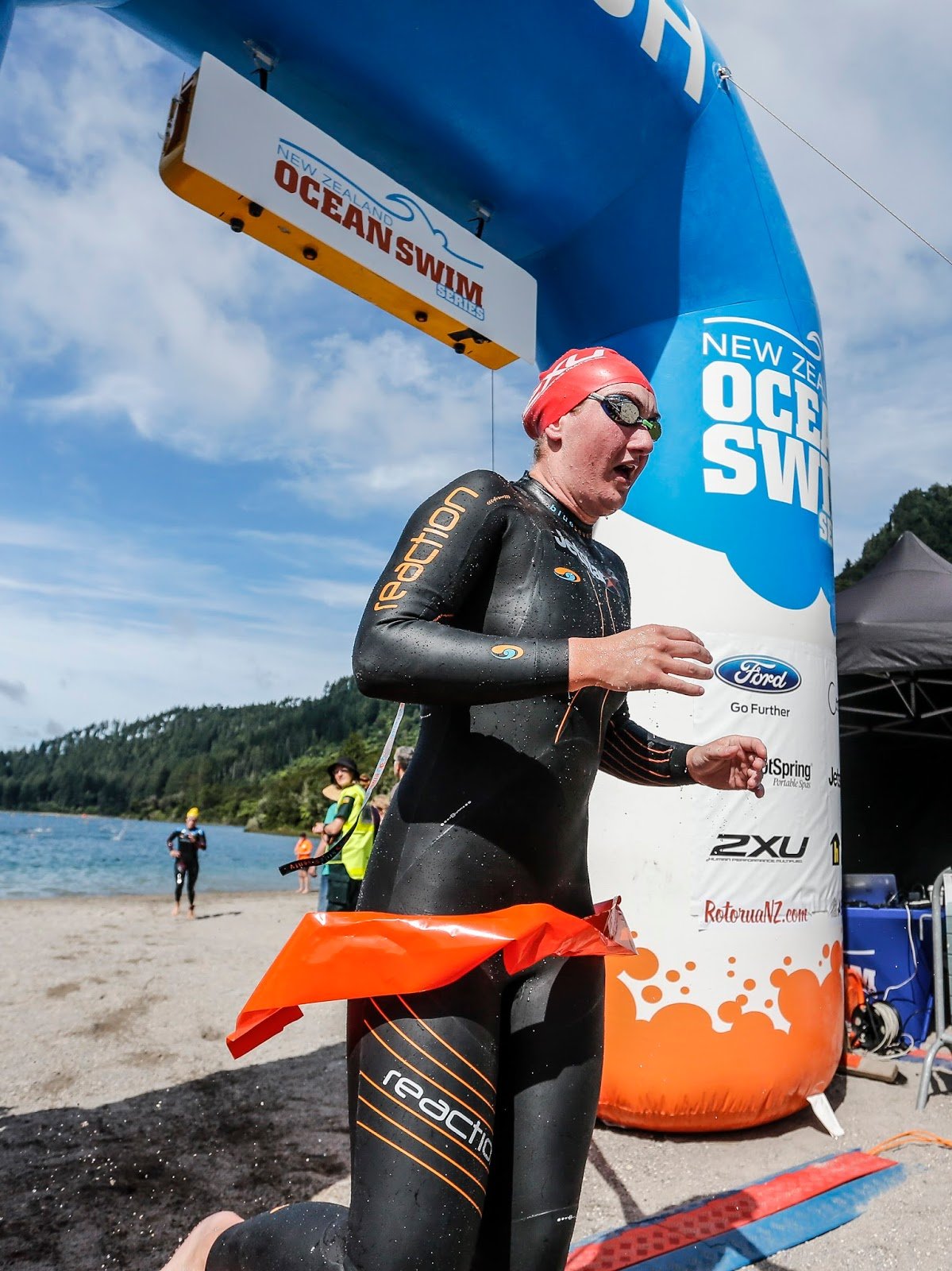 Photo on left by Simon Watts shows Stefannie Gillespie crossing the finish line at the Legend of the Lake swim. 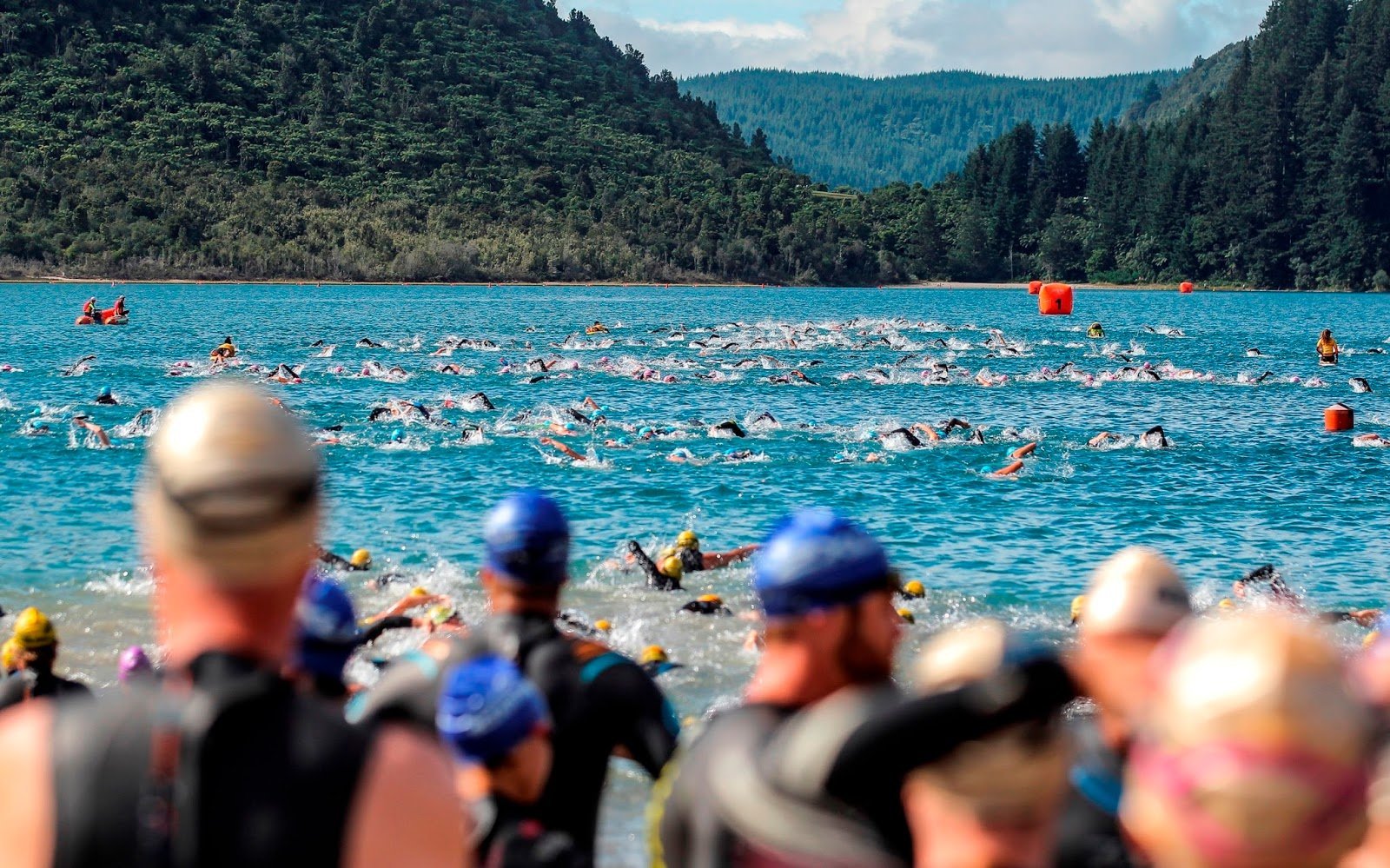 Photo below by Simon Watts shows swimmers in the Legend of the Lake swim in Rotorua, New Zealand.

The New Zealand Ocean Swim Series has always been conducted in salt water.

Today, the Series ventured into fresh water for the first time with its first lake swim at the Blue Lake, Rotorua. With the stunning, sunny weather conditions, over 1,100 registered participants flocked to the shores of the Blue Lake to take the plunge, with multi record holders and Olympic hopefuls Kane Radford and Stefannie Gillespie winning the 3.5 km main event.

The inaugural Legend of the Lake event crowned Rotorua local, Kane Radford and Stefannie Gillespie as the male and female overall winners.

All 3.5 km place getters received one of a kind, locally sourced and carved, wooden trophies, courtesy of local businesses, Donelley Sawmillers and Abodo.

Event Organiser Scott Rice, said, “It’s been history in the making for these two top winners today, having won our first ever Legend of the Lake swim. It was a tight win for both winners and a surprise win for Stefannie, who just managed to pip multi New Zealand record holder, and previous series’ winner, Charlotte Webby at the post.

There was a great response from participants at our first ever Legend of the Lake event and we struck gold with the stunning, sunny weather conditions for the day. It was also fantastic to see the Waikato Special Olympics team join us at the swim for the first time. These athletes did an amazing job of navigating the course and I look forward to seeing them at future swims
.”

Other distances at the event included; the 300m ‘Give it A Go’ distance, the 1 km ‘Step It Up’ distance, the 300m tag team relay and for youngsters (under 14 years of age) the 200m ‘OceanKids’ event. Today also marks the announcement of the six newest members in the Jetstar Super Swim Squad. This special squad is made up of the talented youngsters (aged 7-13 years) who win their age group in the OceanKids 200m events from throughout the season and involves attendance at an end of season training camp in Auckland with top New Zealand swimmers and coaches.

The new Jetstar Super Swim Squad members had their medals be presented to them by Charlotte Webby, Penny Hayes and Stefannie Gillespie, who have all previously won the ‘I’m Going Long’ swim.

There are two remaining events left in the 10th season of the New Zealand Ocean Swim Series including the Sand to Surf (Mt Maunganui) on March 12th and the King of the Bays (Auckland) on April 2nd.