Kane Was More Than Able In State Le Grande Swim 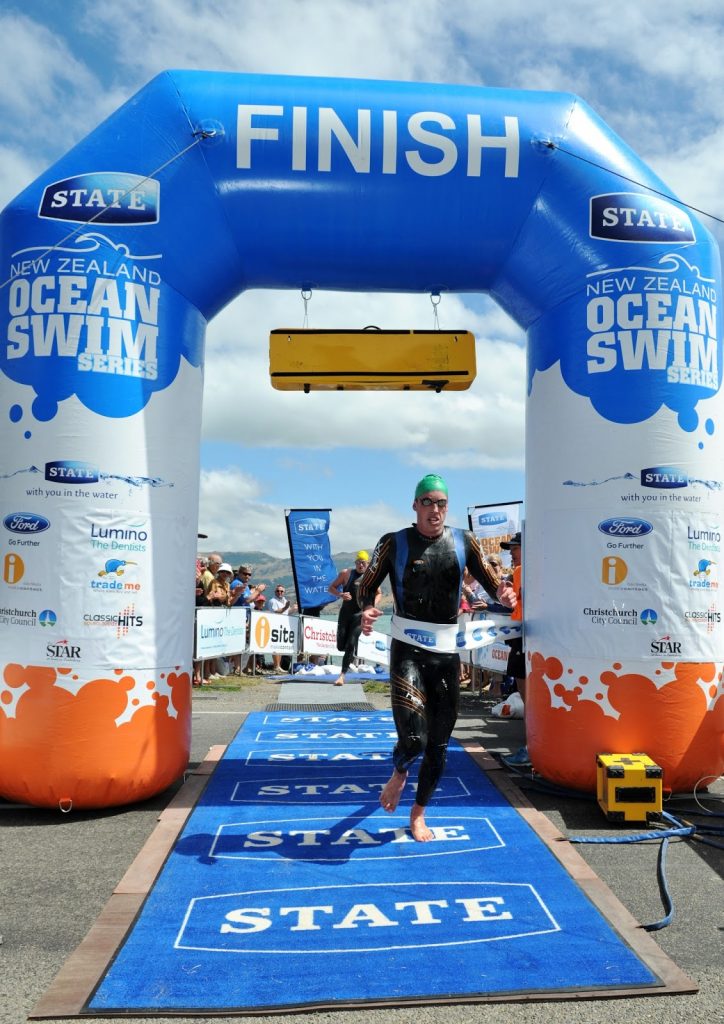 Radford won by one second over Auckland’s Phillip Ryan with Queensland’s Josh Richardson third, 13 seconds back. The race was tight right from the start with all three swimmers in close proximity of each other, along with the women’s winner Melissa Gorman.

Radford edged slightly ahead 1000m from the end, but Ryan almost swum him down as the pair closed in on the finish. “It was definitely a hard race out there,” said Radford who had to take an injection yesterday to treat a painful shoulder injury. “Phillip really pushed towards the end, but hey when it’s all on the line, you’ve got to give everything to win.”

The competitive rivals were fighting over more than just the State Le Grand Swim title. They were battling for the series lead. Radford leaped over Ryan at the top of the series standings with today’s victory, putting him in the driver’s seat with an excellent chance of winning the overall series and its $20,000 grand prize.

The next race in the series is the State Sand to Surf in Mount Maunganui on March 16th. The final race, the State King of the Bays in Takapuna, is on April 6th.