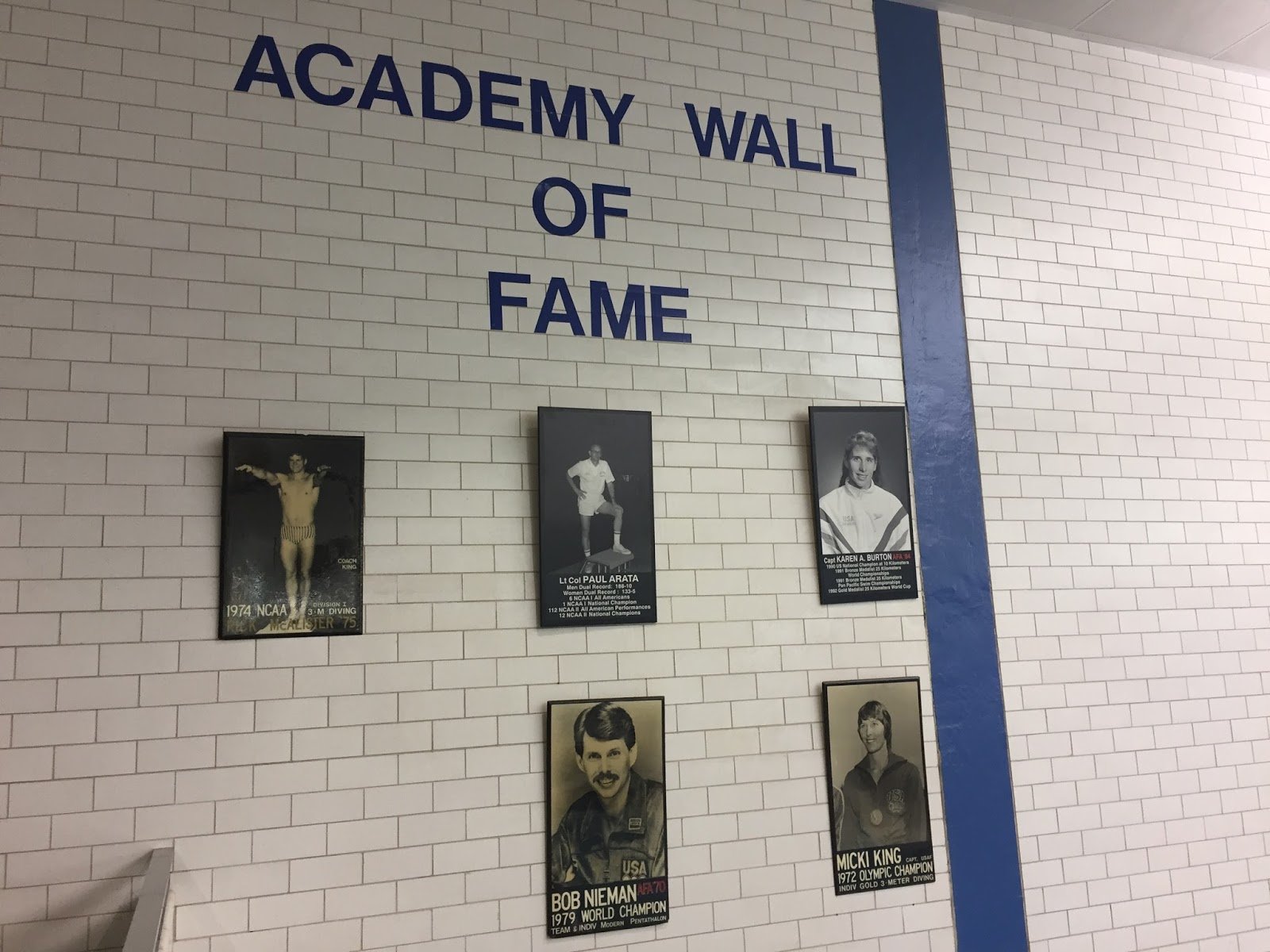 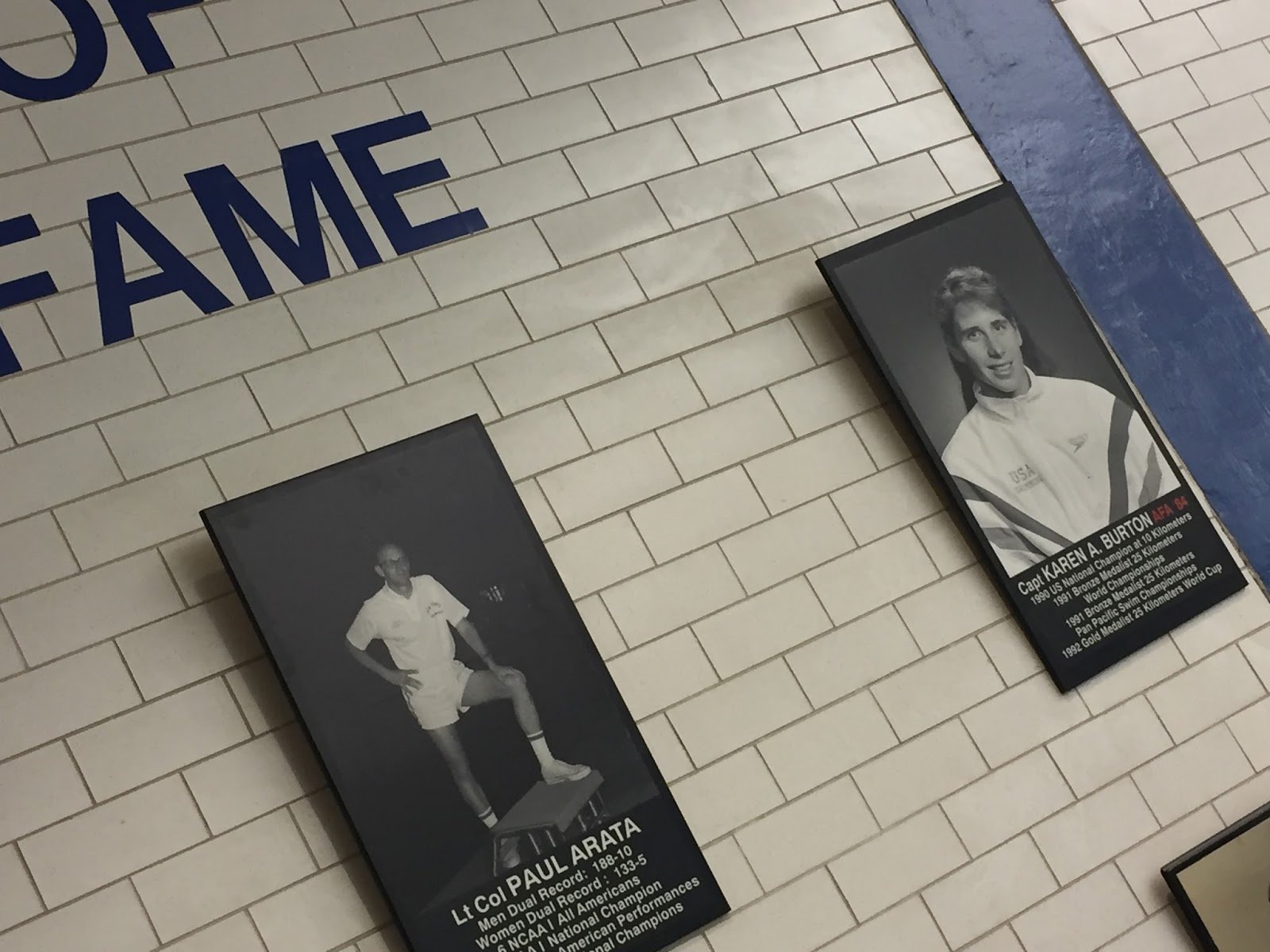 Karen Burton Reeder was an American professional marathon swimmer and graduate of the Air Force Academy where she received a bachelor’s degree in Human Factor Engineering.

After her career, she was honored by becoming a member of the Academy’s Wall of Fame [see above].

She was also inducted in the International Marathon Swimming Hall of Fame as an Honour Swimmer in 1999.

In the pre-GPS days, she swam a quick English Channel crossing in 9 hours 4 minutes in 1993 and was a member of the USA Swimming National Team English Channel relay in 1990 when she teamed up with Jay Wilkerson, Chad Hundeby, Martha Jahn, Dirk Bouma, and Sid Cassidy to set three English Channel relay records: 6 hours 52 minutes on their first leg (England-to-France), 7 hours 26 minutes on their second leg (France-to-England), and the fastest overall and fastest 2-way relay (England-to-France-to-England) in 14 hours 18 minutes in 1990. The team was coached by Penny Dean and John York.