Kate Robarts Takes The Heat To Achieve The Triple Crown 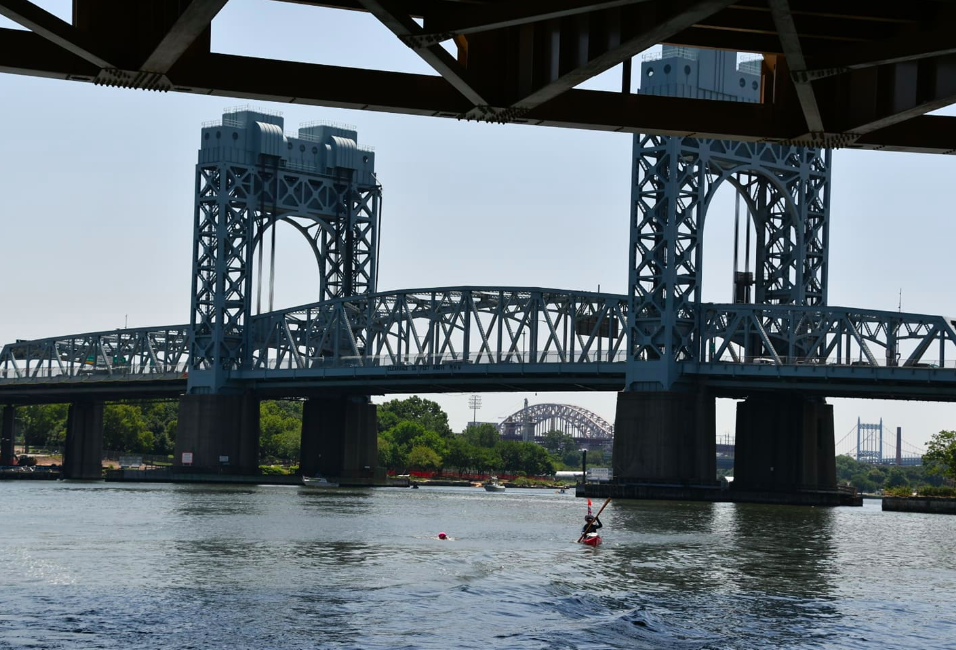 As she swam nearly 46 km around Manhattan Island enjoying the sights of skyscrapers and the urban density of humanity from three rivers surrounding America’s biggest city, Kate Robarts struggled with the combination of the local heatwave and water much warmer than what she is used to in the UK.

The 56-year-old from Cornwall in southwestern England explained, “It felt like a tough swim, feeling lethargic in the warm, calm Harlem River and having to wake up for the chop in the Hudson River. I’m just delighted to have finished on what was a weak tide which made it a long swim for slower swimmers.”

The heat of the air and water caused her to switch up her normal hydration. “I was drinking iced water and putting the ice on my neck in the Harlem.”

She normally trains in the much cooler Atlantic Ocean, off Cornwall, where the water rarely gets above 16°C (60°F) even in mid-summer. “The water is fine for swims like English Channel and Round Jersey, but the rivers around Manhattan are a bit warm in comparison.”

But finish she did, completing the Triple Crown of Open Water Swimming with her 10 hour 9 minute circumnavigation swim at the 20 Bridges Manhattan Island Swim on June 30th.

Her career spans the spectrum of open water swimming including cold water swims (Big Chill Swim in Windermere in 2015) and several English Channel relays swims as well as marathon swims (10 hours 56 minutes in 66 km Round Jersey, 11 hours 45 minutes in the 26.4 km International Self-Transcendence Marathon-Schwimmen in Switzerland, 14 hours 47 minutes in a two-way Windermere crossing in England), channel swims (16 hours 3 minutes across the Catalina Channel in 2017 and 13 hours 20 minutes across the English Channel).

And now she is a Triple Crowner at the age of 57. 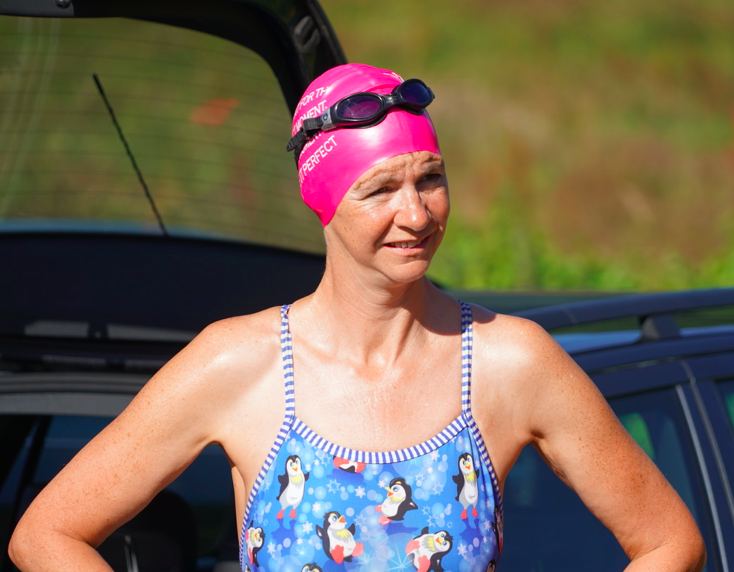 Photo of Robarts at the 2016 Cork Distance Week by John Tierney.