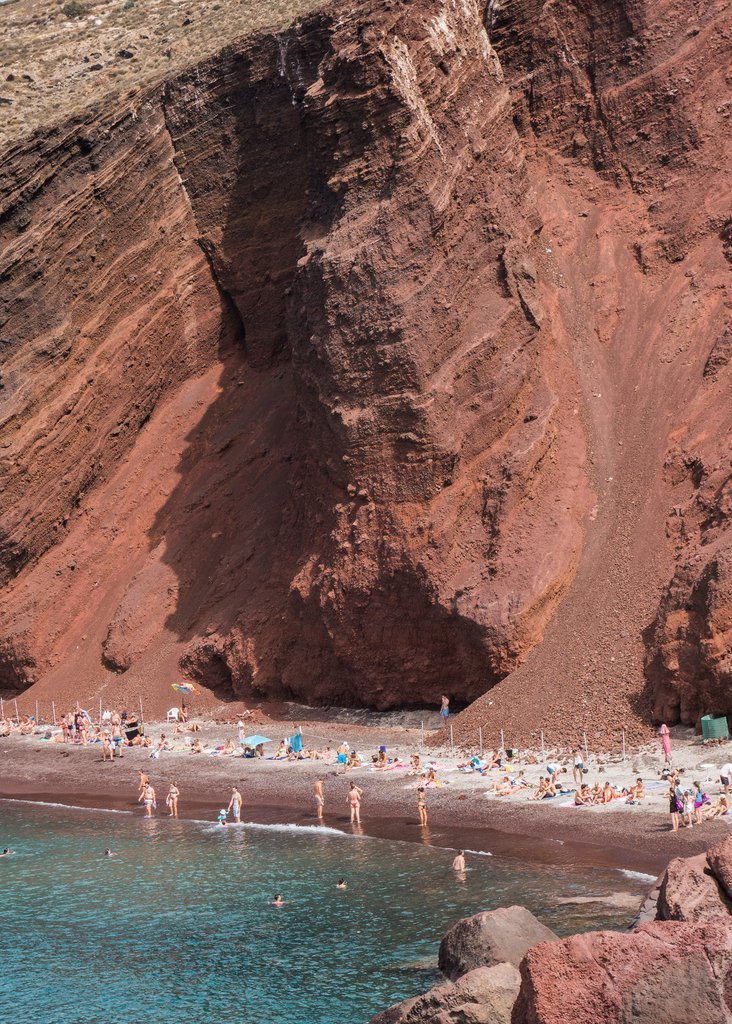 This powerful photograph looks like the earth behind the beach-goers on this Greek coastline is rising up like a massive tsunami wave ready to swallow up the people below.

The photograph is available at a new website opened by photographer and Dolphin Club swimmer Kate Webber of San Francisco. The director and producer of the documentary film Kim Swims announced her online shop, KateWebberShop.com.

“KateWebberShop.com is now live. This has been something I’ve wanted to do for a long time. While it’s still a work in progress, hopefully you’ll agree that this is a great start. It’s quite special to share how I see the world with others.“

An introductory discount code is available until December 2nd for 15% off everything: KWSHOP15.

The photo above is from Red Beach on Santorini Island in Greece and is part of Webber’s new WATER Collection. “Print + frame orders desired for the holidays need to be placed no later than December 6th in order to allow time for production and shipping.”