Kate Willoughby Is Swimming Around The World 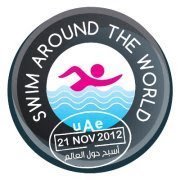 She is attempting a 25km charity swim on 21 November 2012, called Swimming Around The World, to raise awareness of Duchenne Muscular Dystrophy around The World Islands breakwater, a perimeter wall that protects the man-made development of 300 islands off Dubai’s coast. Willoughby is swimming on behalf of Harrison Smith who was diagnosed with the condition in January 2011, and is unlikely to live beyond his late teens or early twenties. The illness affects one in every 3,500 male live births globally; one per cent of sufferers is female.

Swim The World will finish at Lebanon Island, home to the Royal Island Beach Club, the first development at The World.