Kathie Hewko, 93 Down, 7 To Go Across Golden Gate Bridge 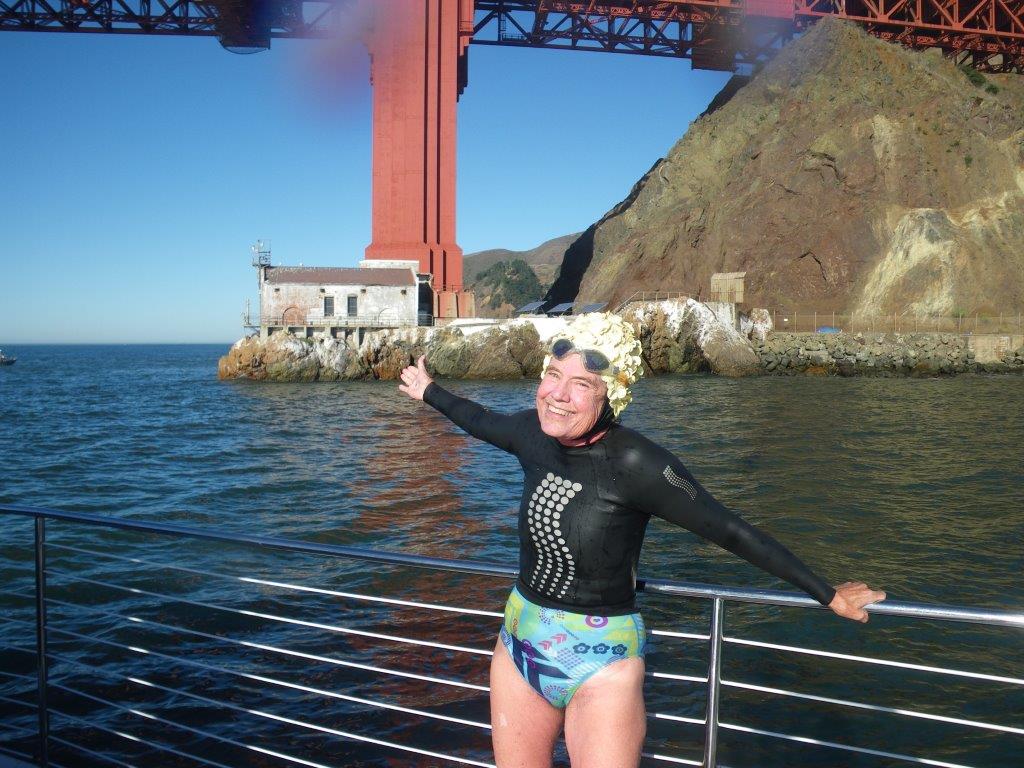 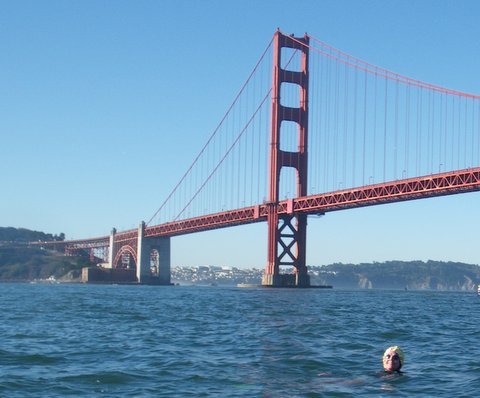 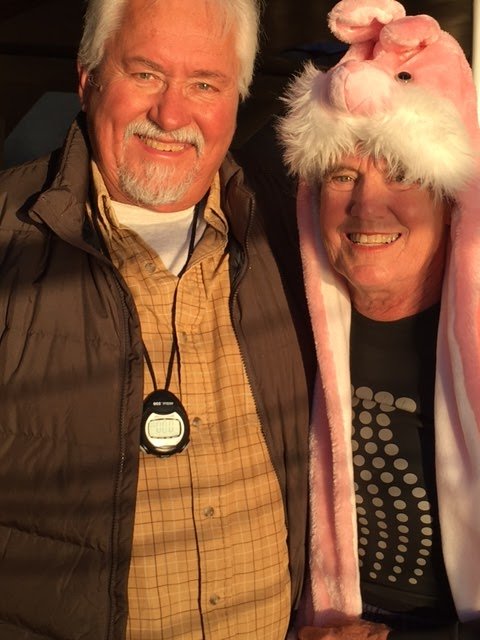 “It was a magical day in San Francisco,” said Kathie Hewko has said often [shown on left with her husband Emil]. “Emil is my huge support person.”

The 69-year-old completed her successful 50th Golden Gate Bridge swim on her 60th birthday and will swim her 100th crossing (Century Swim) sometime in her 70’s.

Hewko is expected to join other century swimmers around the world. The exclusive group includes Theodore Yach (to and from Robben Island in South Africa), Gary Emich and Steven Hurwitz (to and from Alcatraz Island in San Francisco), Lucky Meisenheimer M.D. (across Lake Cane in Orlando, Florida), and Bill Welzien (around Key West, Florida).