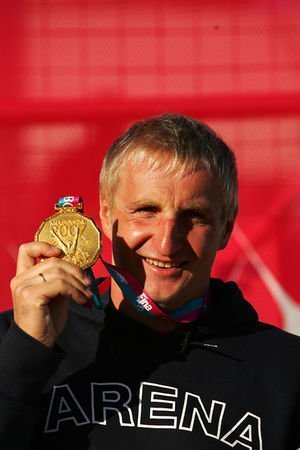 The 6th Asian Open Water Swimming Championships began this week and continues through June 22nd in Kapchagay City in Kazakhstan.

Kudinov previously represented Russia at several world championships where he won the world championship 25 km race in 2000, 2001, 2002, 2003, and 2007. He was inducted in the International Marathon Swimming Hall of Fame in addition to narrowly missing the world record across the English Channel when he was beaten by Petar Stoychev who was swimming on the same day in 2007. He completed his crossing in 7 hours 5 minutes for the third fastest crossing of all time.