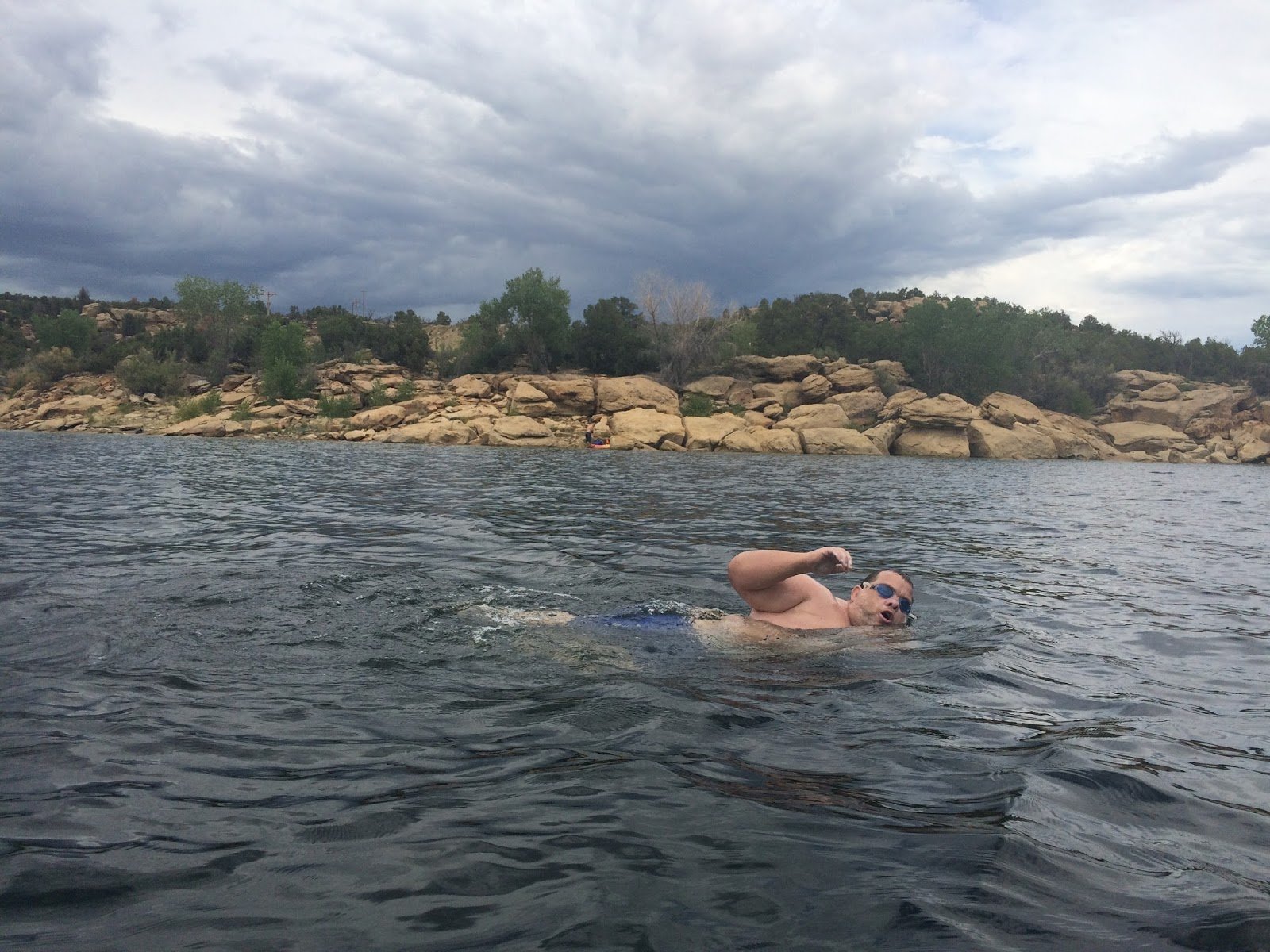 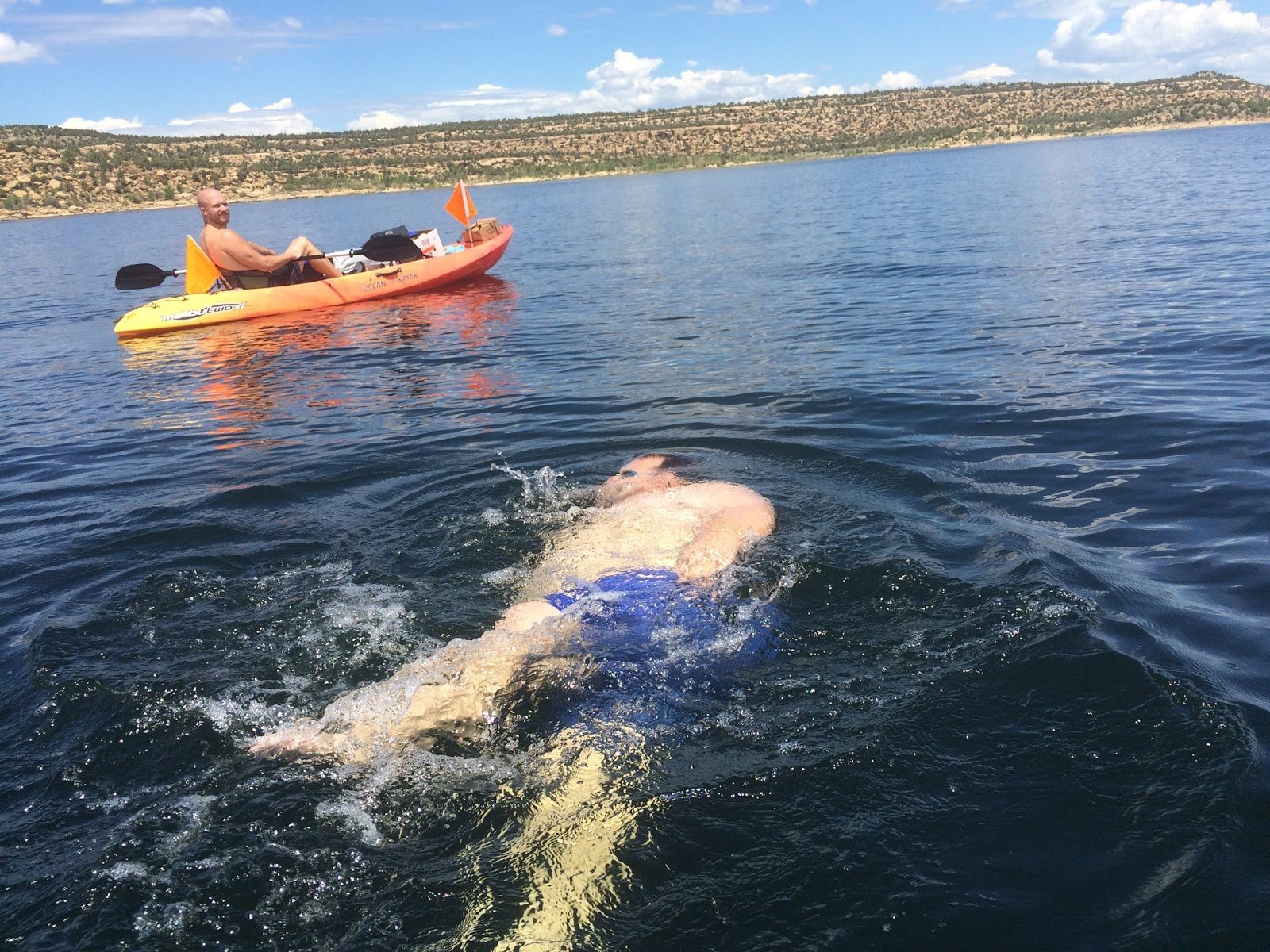 At 200 kg (440 lbs.) Kelly Gneiting is perhaps the heaviest marathon swimmer in the world.

But that has not stopped the sumo wrestler from expanding his athletic repertoire to the open water.

Gneiting completed a crossing of Navajo Lake on July 29th, crossing 22 miles (35.4 km) from Navajo Dam in New Mexico to the Colorado side of the lake in 22 hours 46 minutes.

Scott Nydam and Andrew Bradley, who served as his observers, recalled, “It took Kelly over 5 hours to swim the first 9 miles [see GPS data here], but then it ultimately took him 23 hours to swim the entire 22 miles.”

Gneiting has been focused on this crossing since October 2014. “I have been swim training on or near the Navajo Nation. My wife and five children lived, at the time, in Idaho. Being away from my family, engaged in only working for a hospital 40 hours per week, I had a lot of extra time, and wanted my time to be spent productively.

A few hours later, the 200 kg sumo wrestler stood on the shore of Navajo Lake with 12 supporters and witnesses. He jumped into the lake and immediately hit an obstacle. “A guy with a video camera requested that I jump off a rock into the shallow water, to what looked like sand below. I jumped and hit a large hard rock. Sharp pain surged through my right ankle, as it was forced to curl under my knee moments into impact. For a few long seconds I saw stars, and the pain was unbearable. I had just severely sprained my ankle, or worse — fractured it.