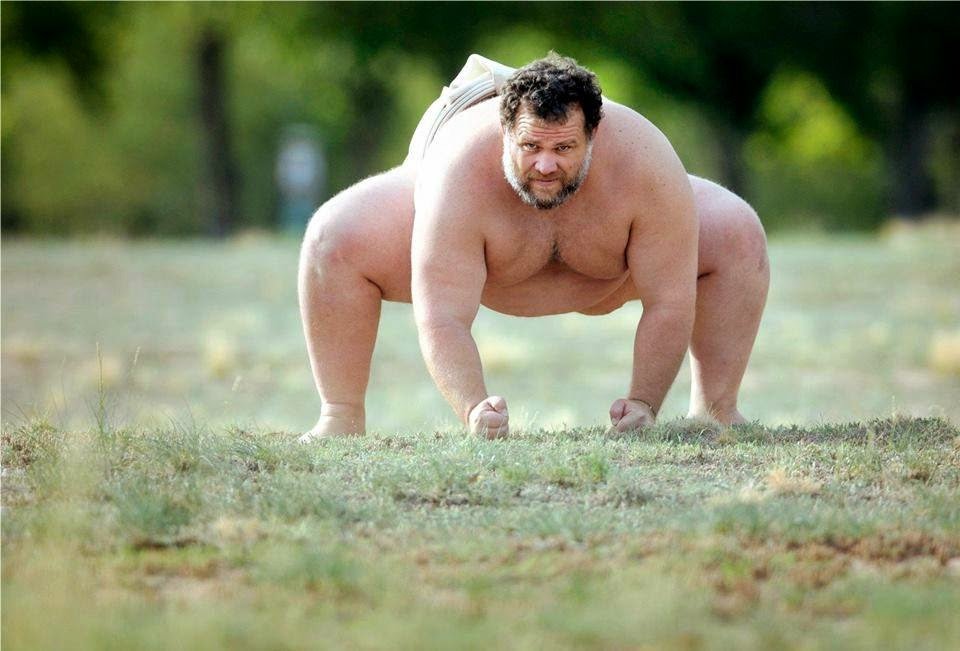 In the open water swimming world, one can always expect the unexpected.

The same holds true for Kelly Gneiting of Rexburg, Idaho.

Gneiting, known as the Man of Fat Steel, is not your average athlete and certainly far removed from your average swimmer. The Idaho native is a tall, husky 430-pound (195 kg) sumo wrestler who is the five-time United States sumo wrestling champion. The former competitive wrestler has also completed 3 marathon runs and will also attempt a swim across the Anacapa Channel on July 8th under the auspices of the Santa Barbara Channel Swimming Association.

While sumo wrestlers are known for their athletic prowess and girth, their competitive world is focused on a dohyō (土俵), a ring of 4.55 meters in diameter, that is positioned in the center of modern-day, air-conditioned arenas. Sumo wrestlers are not known to venture out past their ritual-oriented world into the dynamic unknown of the open water.

This is where expect the unexpected will be embodied when Gneiting enters the Pacific Ocean to attempt the 12-mile channel crossing next week under the auspices of the Santa Barbara Channel Swimming Association.

Gneiting is also working with Pat Gallant-Charette and others to plan his next swim adventures in the Pacific Ocean, first the Catalina Channel and next the Tsugaru Channel.