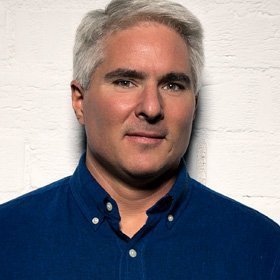 Kevin Shinnick from El Segundo, California has been involved in Hollywood in both television and film for his adult life.

Daily News of Open Water Swimming: How was the Manhattan Island Marathon Swim?

Kevin Shinnick: The weather was decent at the start until late in the day when we faced strong headwinds coming against us as we headed south down the Hudson River. The swells were so big that one of the support boats was bailing out water. [Race director] Morty Berger came close to calling off the swim late in the day.

Daily News of Open Water Swimming: What were your impressions of the differences and relative difficulties between each of the three swims?

Kevin Shinnick: The weather was the most challenging in the English Channel. We got really lucky that the last possible day of my swim window had weather good enough for a swim attempt. The tides were pretty challenging and it took me over 18 hours to get to France. It was a long night, but incredibly satisfying to reach the shore and get my feet on solid ground. It was very surreal standing on the beach in the middle of the night all alone after swimming the English Channel.

The Manhattan Island Marathon Swim was the most challenging swim logistically. Hands down – and the most stressful. The lack of communication was terrible. I was training for months for a swim that I didn’t know was going to happen or not. I was heading to New York City days before the swim with no word from Morty – nothing. I had no idea if all my time and money was just completely wasted. But, in person, Morty was great and navigated us through the swim perfectly. The swim itself was the most fun of the three. Aside from the extreme headwinds facing us as we swam down the Hudson, the weather and water cooperated.

Because I live in Los Angeles, the Catalina Channel was the best one. [I was] totally organized and it was in my own backyard. I enjoyed great communication with the channel organization and it was nice to finish the swim with lots of family and friends on the beach. Swimming all through the night was not enjoyable, but the sunrise was a good moment to look forward to.

Kevin Shinnick: I didn’t set out thinking I would attempt the Triple Crown. My goal was to swim the English Channel. I had nothing in my thoughts about any swim(s) after that. After I was accepted to swim around New York City, I thought in the back of my head about maybe doing Catalina someday as well in order to complete the Triple Crown.

Daily News of Open Water Swimming: What swims might you attempt or are planning nowadays?

Kevin Shinnick: I don’t have any current swims that I’m training for. I have races (like 10-mile relays) that I train for, but I need to still convince my wife and crew chief to get on board with the idea and expense of another long swim. If and when I do another long one, it’ll probably be one of the remaining four swims in the Oceans Seven – in addition to the Strait of Gibraltar in 2015.

Daily News of Open Water Swimming: Where did you train for the Triple Crown?

Kevin Shinnick: I train for the Triple Crown in Redondo Beach, Hermosa Beach, and Manhattan Beach. Living in El Segundo, these beaches are a short bike ride away for me. I can swim north and south for miles and my wife kayaks next to me on the long training swims.

Daily News of Open Water Swimming: Who was on your crew for each of the swims?