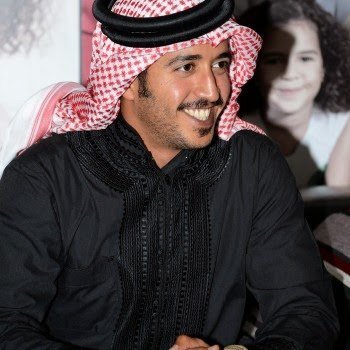 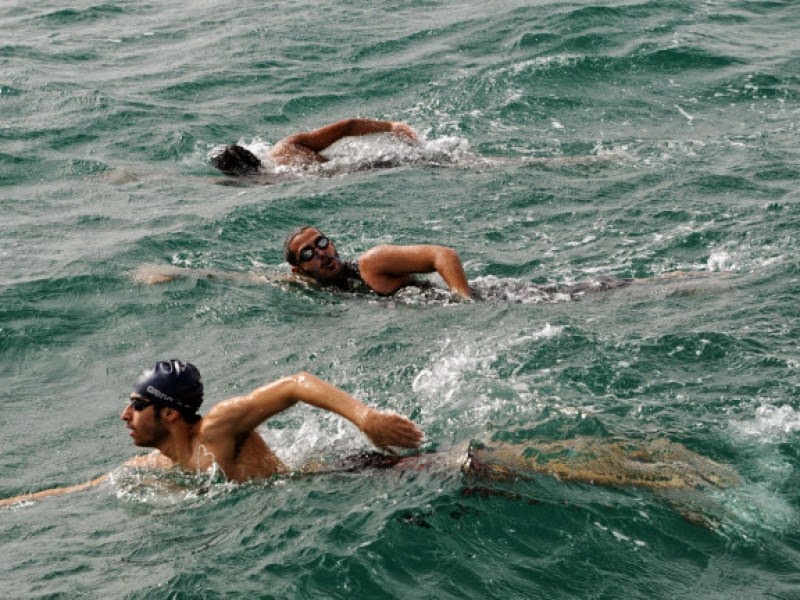 The President of Bahrain Athletics Association and namesake for the Khalid bin Hamad Foundation took over 20 hours to complete the international crossing between the Sun Set Resort in the Kingdom of Saudi Arabia and the Sofitel Resort & Spa in the Kingdom of Bahrain.

During the rough water crossing, he was accompanied by pace swimmers from 8 countries including Australia, Bahrain, New Zealand, Saudi Arabia, Slovenia, Spain, United Arab Emirates and the U.S.A.

Now in 2015, the journey, called the Swim for Cancer, will be replicated as an open water swimming competition across the Gulf of Bahrain to aid cancer patients. “If you love swimming and are looking for a fantastic challenge that will put your fitness and stamina to the test, then the Khalid Bin Hamad Swim Challenge is for you,” he writes. “This time the Swim Challenge is an individual race where all participants will race against time, weather and themselves.” 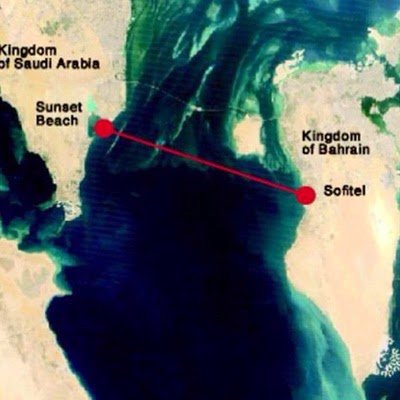 The Swim for Cancer race across the Gulf of Bahrain is 31.5 km from the Sunset Beach Resort Al Khobar in Saudi Arabia to the Sofitel Resort & Spa in Bahrain. Scheduled for April 2015, the final dates will be formally announced two weeks prior to the event. Proceeds from the event will be donated to the Bahrain Cancer Society in order to provide care to their patients and family support.