‘+ Pool, Kicking Start A Pool In A River 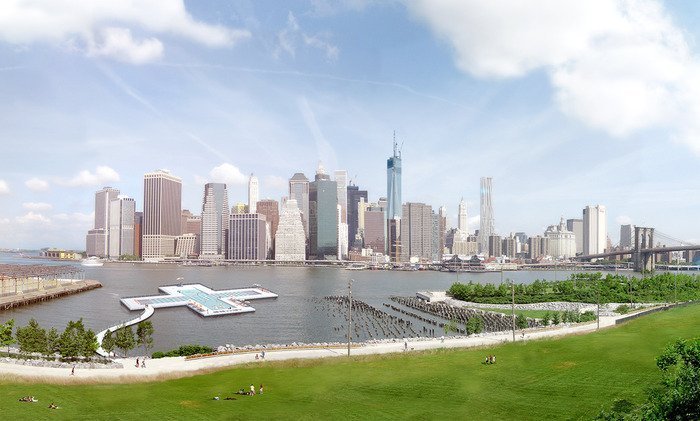 + Pool is being funded by hundreds and, possibly, thousands of people around the world via Kickstarter.

Three friends, Dong, Archie and Jeff believe that any open body of water can be transformed into a clean place for public swimming.

The trio is dedicated to building an ambitious project in New York’s East River and is asking the global community to help kickstart it with initial crowd funding.

By donating money, individuals can purchase a piece of one of the largest kickstarted civic projects in the world. This will help create a + POOL floating test lab, perhaps by summer 2013.

+ POOL started with a simple goal: instead of trying to clean the entire river, what if you started by just cleaning a small piece of it? And what if you could change how New Yorkers see their rivers, just by giving them a chance to swim in it?

It is a great goal, and one that Manhattan Island Marathon Swim participants may see in the not-so-distant future.