Kids Heading Out To Sea 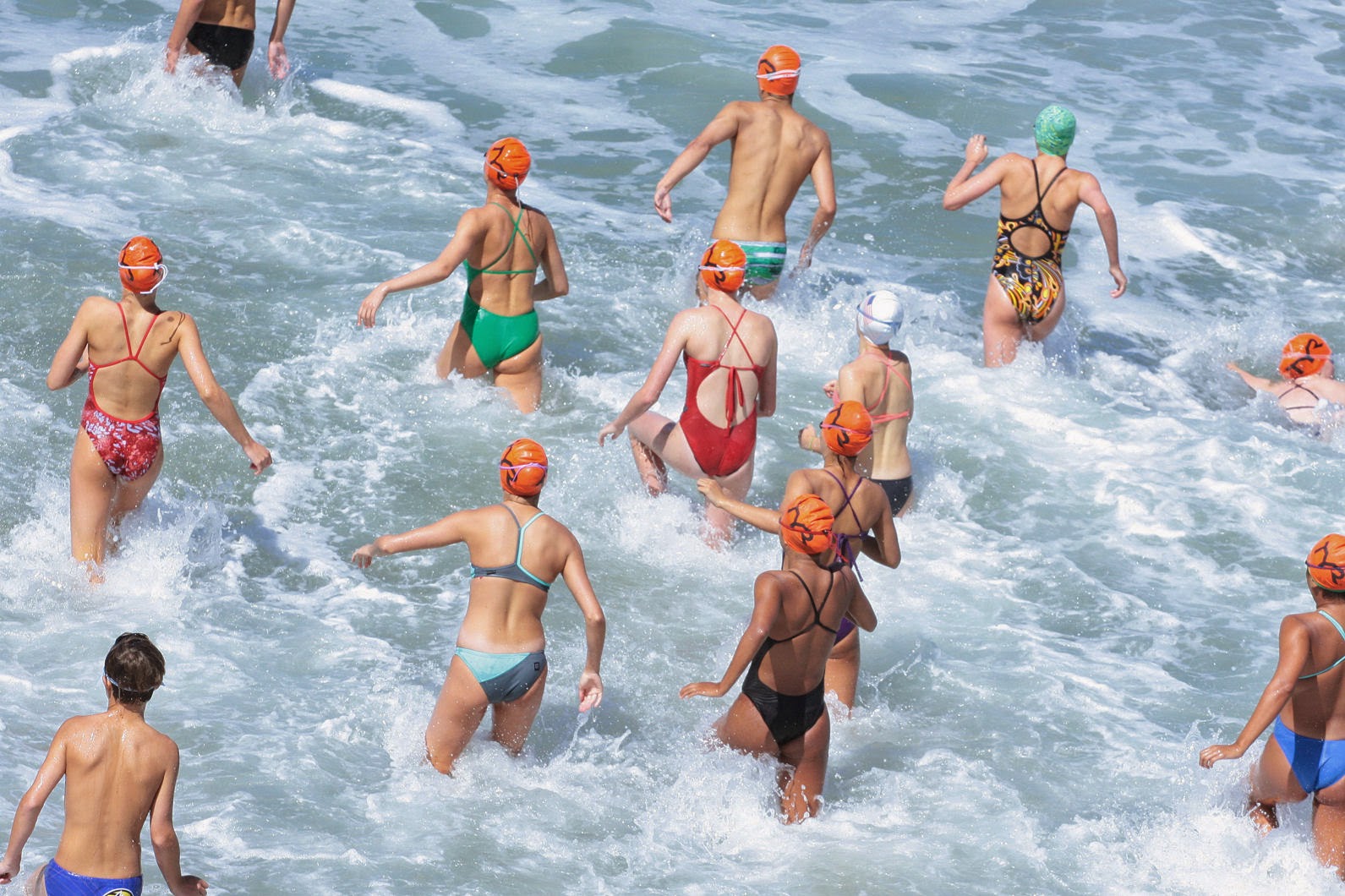 Say you are a kid comfortable in the water, either in the pool or open water.

Then the annual Huntington Beach Pier Swim is a great introductory ocean swim for you. It presents challenges, but is generally over in 15 minutes for most swimming teenagers.

Not only do you swim around the longest concrete pier on the West Coast of America, but you also can face huge surf, both going out and coming back in and the adrenalin rush to an onshore start and finish. 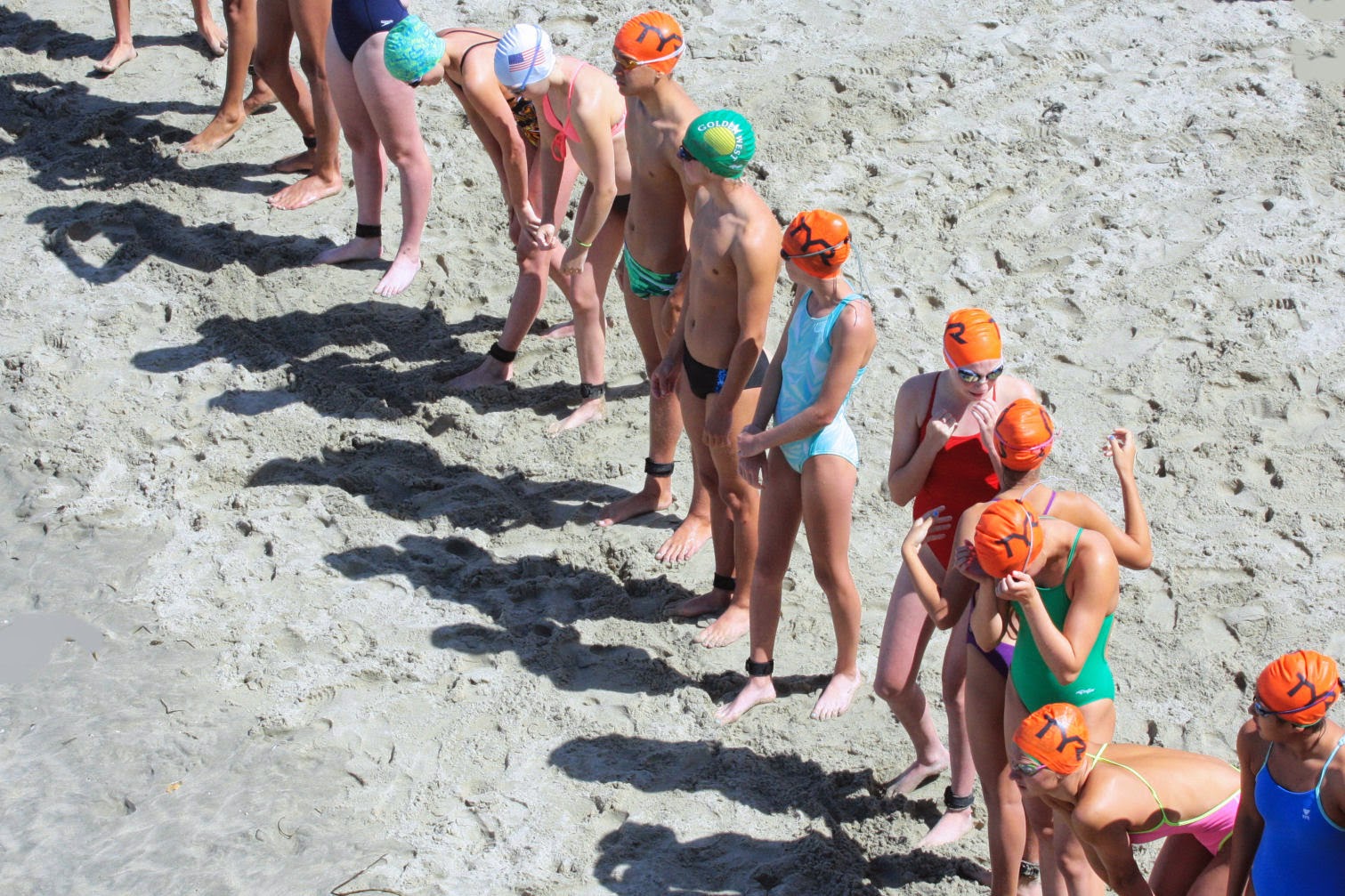 Anticipating the starting horn, dashing into the Pacific Ocean from the onshore start, dolphining through the shallows, diving under the crashing waves, sprinting out past the pylons, rounding the end of the pier, railroading through the incoming swells, and bodysurfing into shore calls upon various skills needed by ocean swimmers. 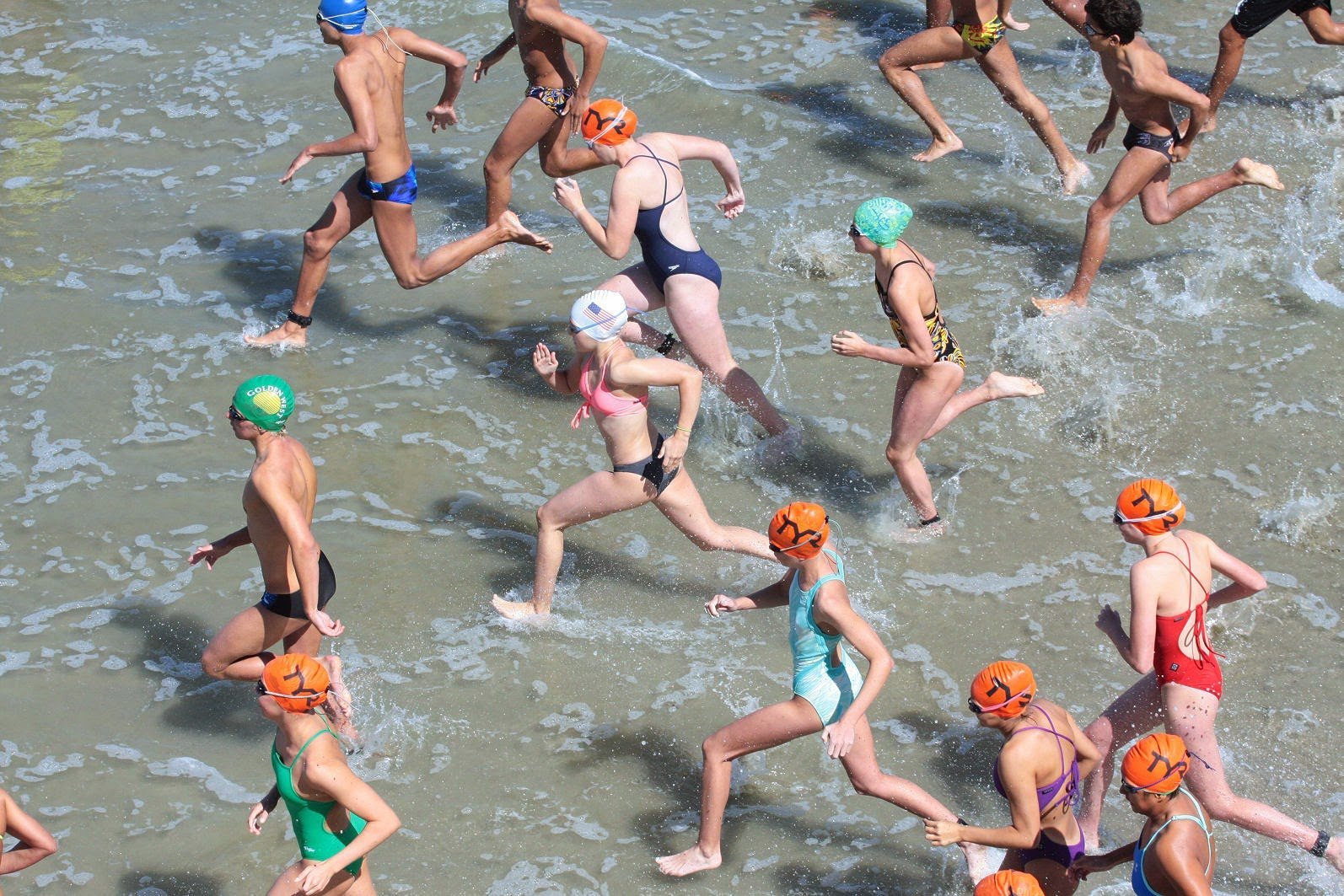 “The swim around the pier attracts up to 300 people; about half are local and half come from all over the place,” said race director John Valinsky. “Sometimes, it is cancelled because of the big waves. Gene Belshe started it as a kid’s race 64 years ago and now we have 16 age divisions as the race has grown. But there are strong currents that run across the course, so even when the race is not cancelled by big waves, we still have to [help] save up to 50 people in a race as they get pulled through the pier. 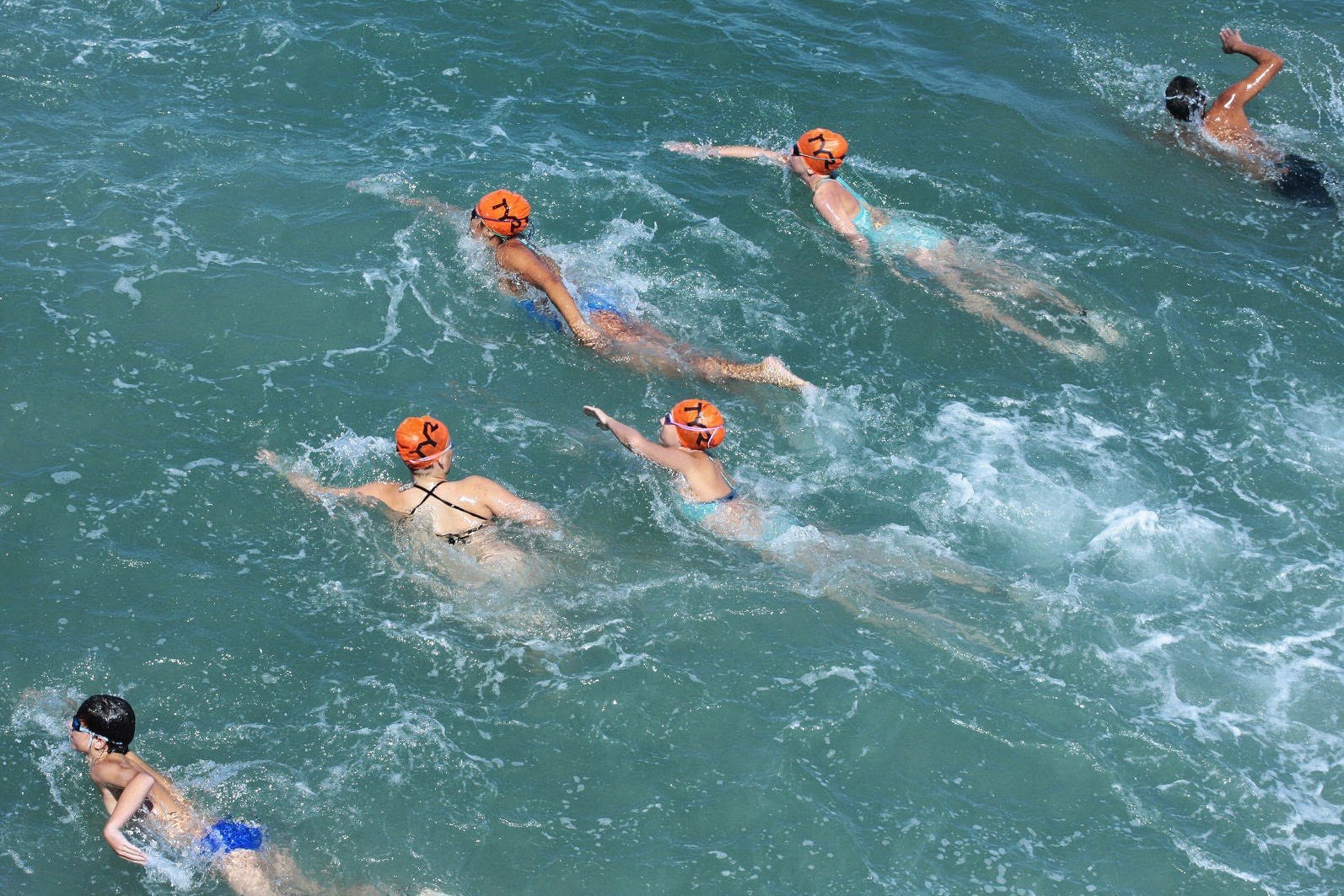 We are now offering the Legends Division, a new division for those swimmers over 65 years old. There are more swimmers of this age nowadays.” 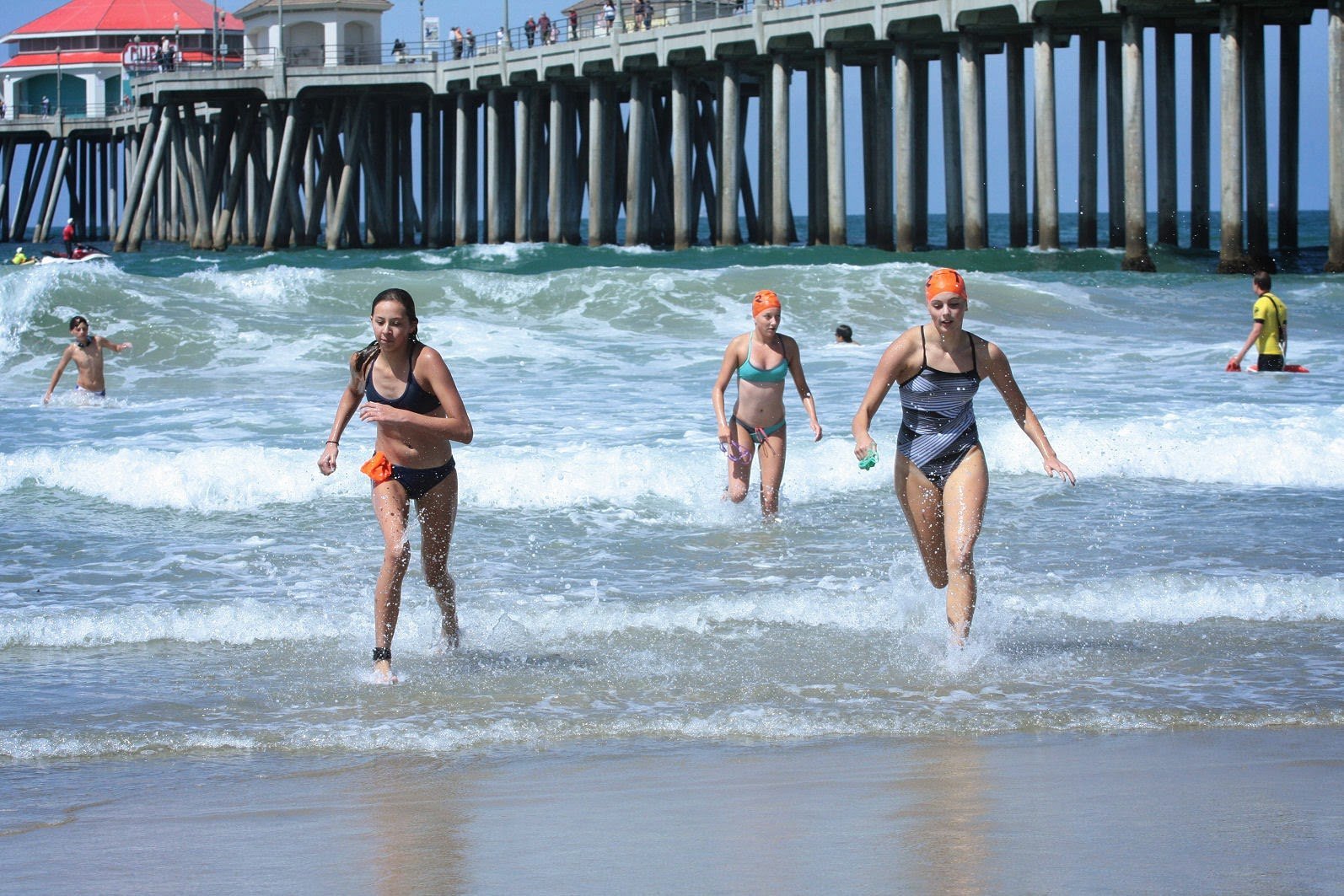 And if you do not make it this year, there is always next year. 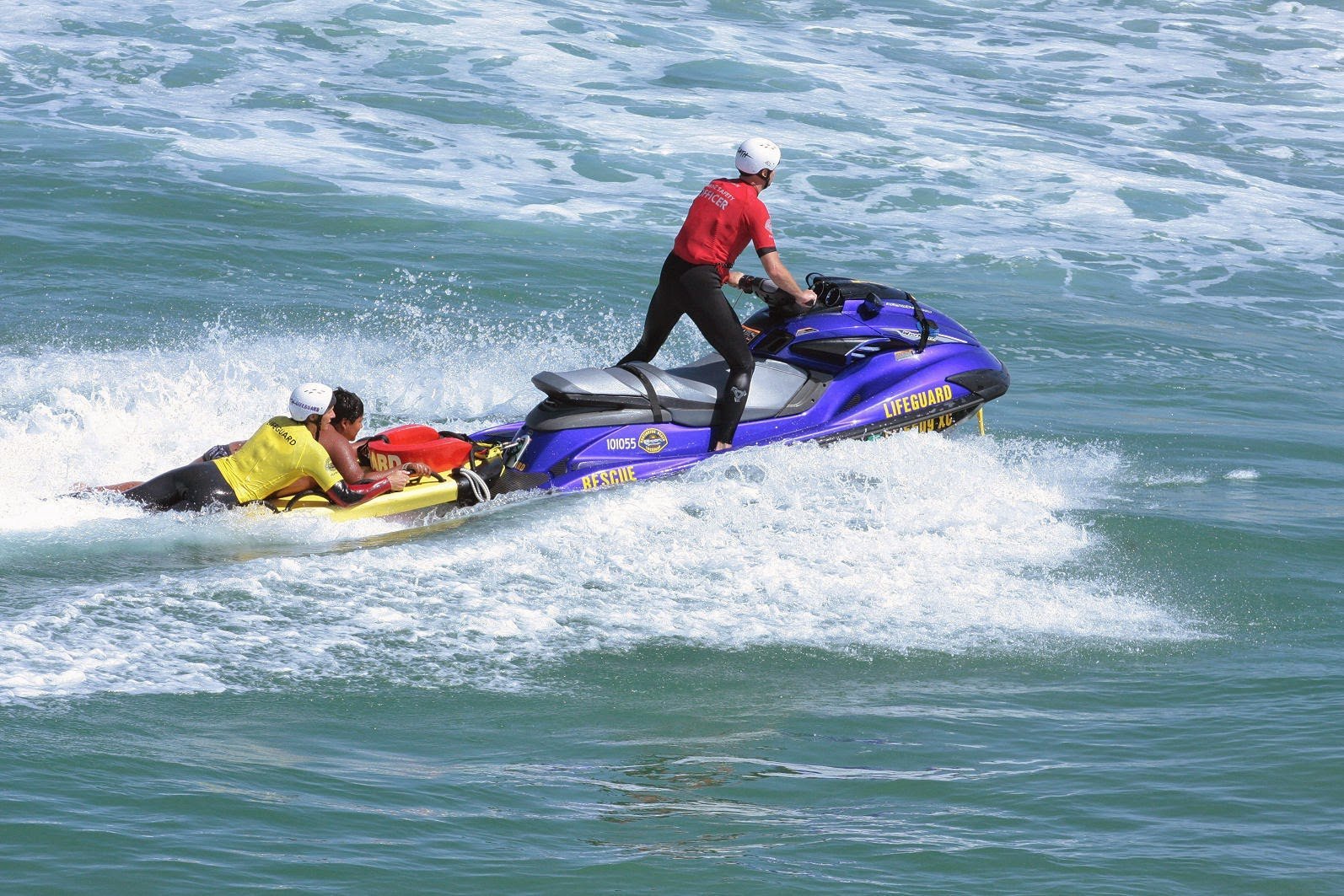 Video of the 64th annual Huntington Beach Pier Swim is posted below: