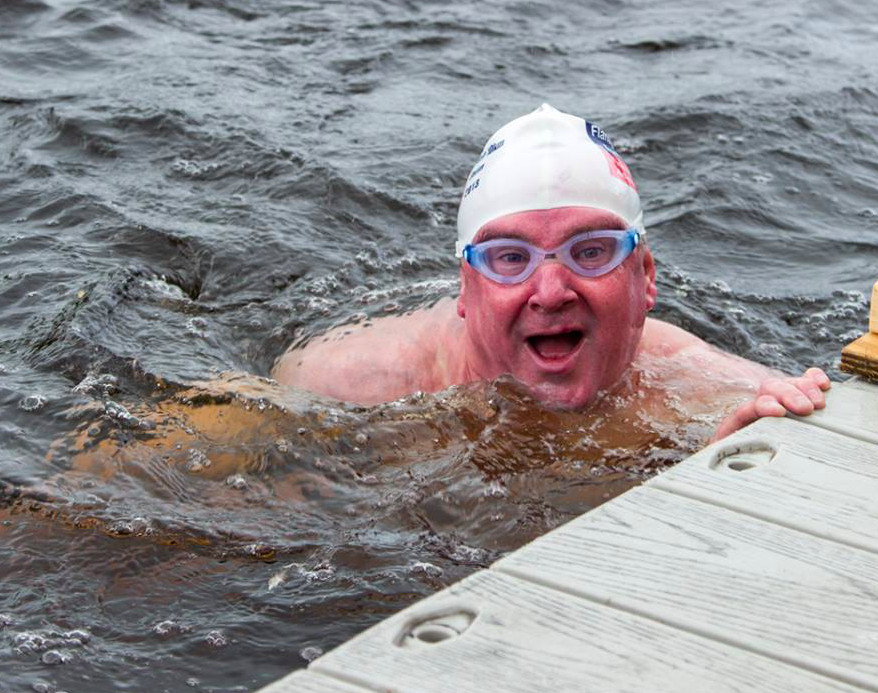 Kieran Fitzgerald is a marathon swimmer from Sligo, Ireland who is considered The Godfather of Irish Channel swimming.

Ned Denison explains, “Kieran was the most accomplished and prolific marathon swimmer from Ireland between 1994 and 2008 – before the emergence of Irish swimmers attempting, exploring and succeeding in crossing channels around the world.

He was the first Irishman to travel the world to swim; in the process, he inspired the next generation of marathon swimmers from Ireland to keep expanding their horizons
.”

His start in the channel swimming community began as a 31-year-old in his 15 hour 23 minute crossing of the English Channel in 1994 in 57.2°F (14°C) water. He then went on to complete a 7 hour 6 minute crossing of the Strait of Gibraltar in August 1997 and the Manhattan Island Marathon Swim in 1998 in 8 hours 26 minutes, the first circumnavigation swim completed by an Irish swimmer.

Denison describes his unorthodox marathon training and development of the sport. “He trained in the Sligo Park Leisure Centre 15-meter pool during the week and on weekends would travel to the Mount Errigal Hotel 20-meter pool in Letterkenny.

He contributed over the years as a swim organizer and volunteer. He started the Lough Gill Swim with Paul McGarry and currently with a committee of 13 while raising over €185,000 for the North West Hospice. He crewed for Anne McAdam, Shay Dillon, Ciaran Cassidy and Feilim O’Maolain for their six-hour qualification swims in Lough Gill before they swam the English Channel. He crewed for Anne-Marie Ward on her successful English Channel crossing and North Channel crossing leading up to her selection as the World Open Water Swimming Woman of the Year. He served as a mentor for Stephen Redmond on his English Channel crossing, his first channel crossing as he pioneered the Oceans Seven. He was one of the organisers of the 2013 Irish Marathon Swim Series with Pádraig Mallon, Ger Kennedy, and Ger Carty.

Footnote: On January 5th 2018, he was inducted as an Honour Swimmer in the Hall of Fame – Marathon Swimming Ireland.