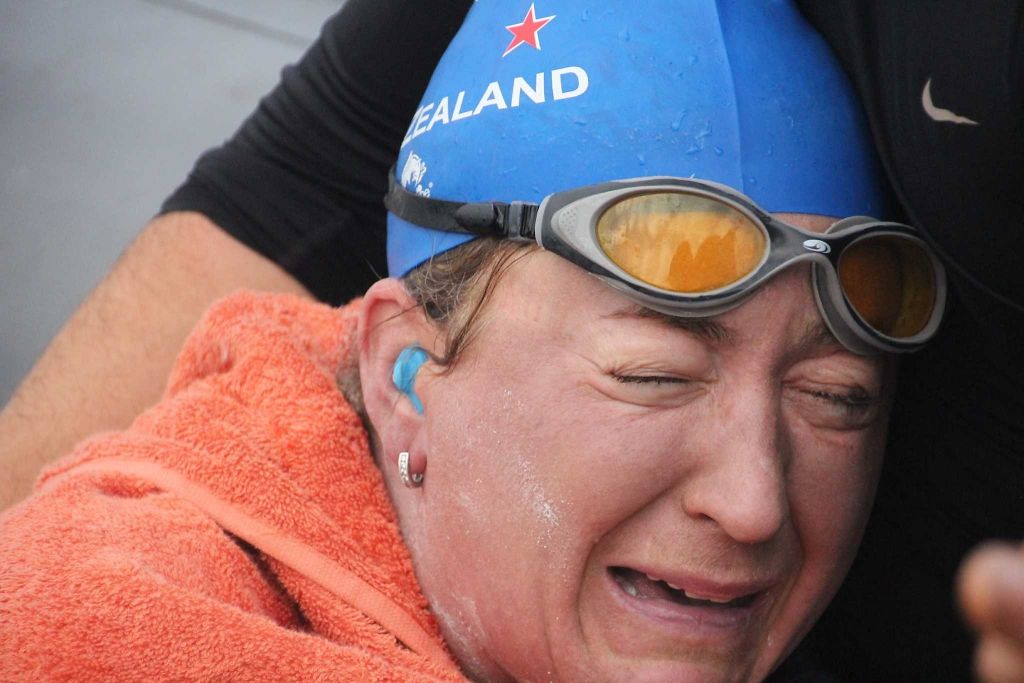 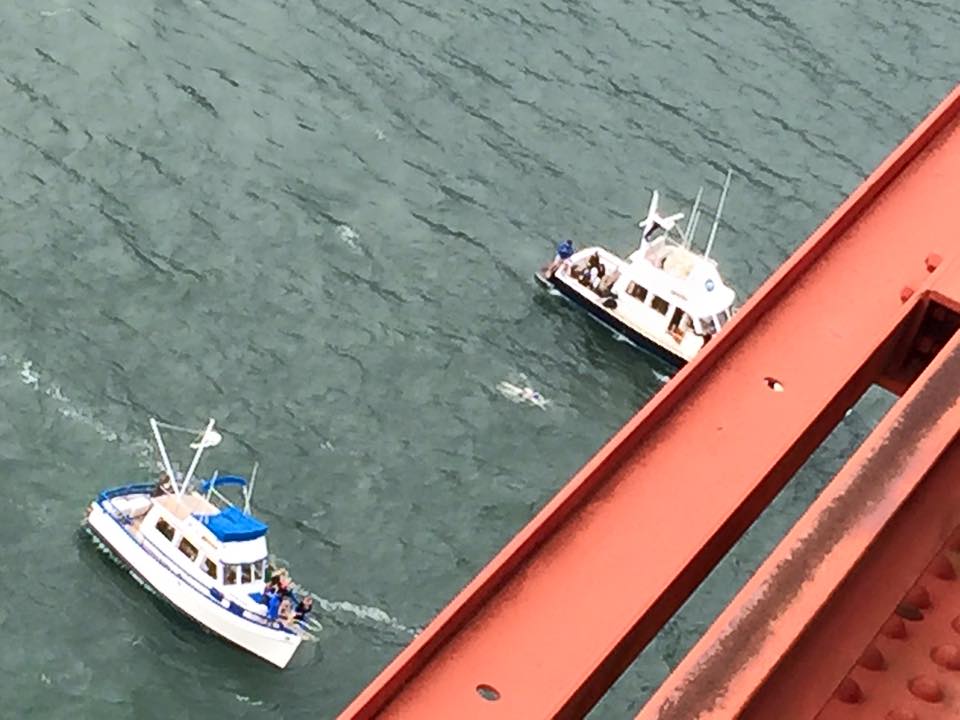 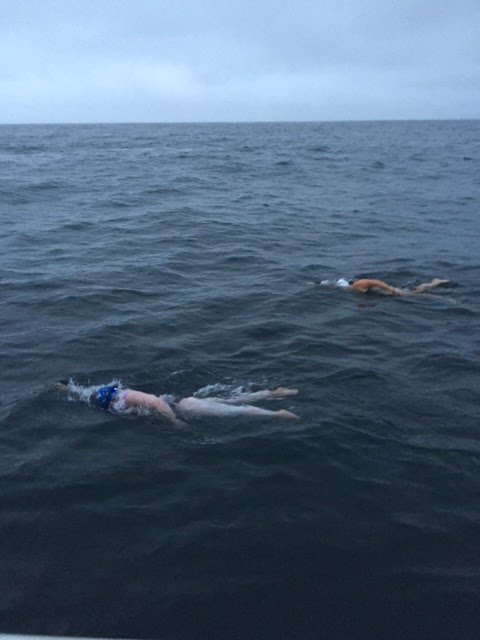 Guided by two escort boats and embraced virtually by thousands of friends, family and online spectators, New Zealand Kimberley Chambers added another feat on her impressive, but unlikely, swimming resume.

Chambers, a former ballerina, became the first woman to swim from the Farallon Islands to the Golden Gate Bridge today, completing the 30-mile swim in 17 hours 12 minutes. Simon Dominguez, a friend and fellow swimmer, summed up her effort, “She made it. It was an inspirational swim that Kim had to dig deep to complete.”

After recovering in a hospital, the 38-year-old Chambers wrote, “This [crossing] is tremendously overwhelming for me as I feel as though I am still in a state of shock. This will definitely take some time to process. As a precautionary measure, I did take a detour to the hospital after my swim, as I was severely dehydrated.

After 4 bags of IV fluids, I was discharged with a clean bill of health and a little spring in my step. All vitals are in good working order
.”

Filmmaker and support crew member Kate Webber said, “Swimming with Kim as a friend and fellow Night Train Swimmer is one thing. But to have had the opportunity to be there to see her push through this massive goal, this incredible swim, it’s a whole other level of realizing how special she is. Her physical and mental fortitude is incredible. With that, she exhibited a humorous, kind, ever-grateful and joyful demeanor throughout much of it. What makes this so special is not just what she did but how she did it. We are all so excited and proud of this Kiwi.”

Like thousands of others, Russell Bradley, the Farallon Program Leader of Point Blue Conservation Science, was following Chambers’ progress. “What an amazing achievement. Let everyone know that us Farallon folks were cheering her on. I saw [her] on TV and in the newspaper. As I was tracking you guys, I was convinced she was headed to For,t Cronkite but when the tide switched and the distances between tracks got longer as she headed around Point Bonita, it was home stretch time. Way to go.”

Her history from the operating table to the Golden Gate Bridge is told below: