King Of The Bays, Where Blood Is Thicker Than Water 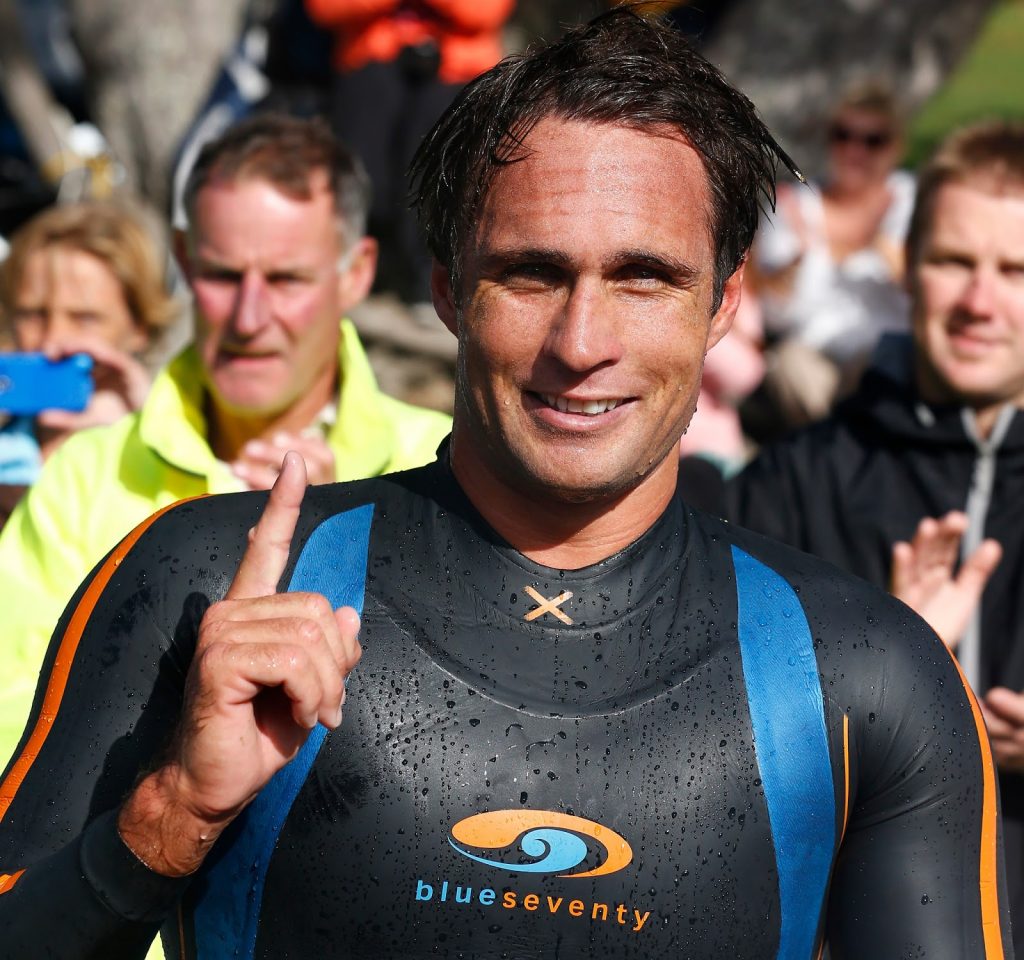 Before the final stage and ultimate showdown at the New Zealand Ocean Swim Series at the State King of the Bays race, Ky Hurst had said he had a special motivation. “The [$20,000] prize money will into a bank account that I’ll be opening for my four-month old son,” said the 2-time Olympian.

His son can now rest assure that his dad has provided him with a nice little nest egg.

Hurst was digging deep right from the start in the flat and calm waters of North Shore. He had to for the race was tight from the start. A large group swam shoulder-to-shoulder, bunch up together the entire 2.8 kilometers, resulting in a highly competitive, thrilling end to the six race series.

“I was really nervous leading into this one,” said Hurst. “I had a huge break after the Olympics, so I’ve been fighting my fitness all season. Today was the hardest race I’ve done all season and to be able to emerge out of the water first was just a huge relief.”

Hurst was most wary of New Zealand’s Kane Radford, who also had the challenge of overcoming the removal of his appendix just three weeks ago, costing him valuable preparation time. Like two heavyweights going blow-for-blow in the center of a ring, the two stuck to each other like glue through the race. Hurst admitted he’d give Kane Radford “a little tickle on his feet” to remind him “I was still around”.

But the open water race was finally decided on land. “Kane today was exceptional, and to tell you the truth I felt really bad for passing him at the finish. The run in was very long, and I was always confident that when we got to the beach, I’d get him on the sand.”

Kane gave his version of the mano-a-mano battle, “I definitely left it all out there, gave it everything I could. I tried numerous times to drop Ky and the other lead guys, but I just didn’t have it out there today.”

Radford ended up finishing third, just a second behind Taranaki’s Dylan Dunlop-Barrett, a London Olympian in the New Zealand freestyle relay team, and the 2011 King of the Bays winner.