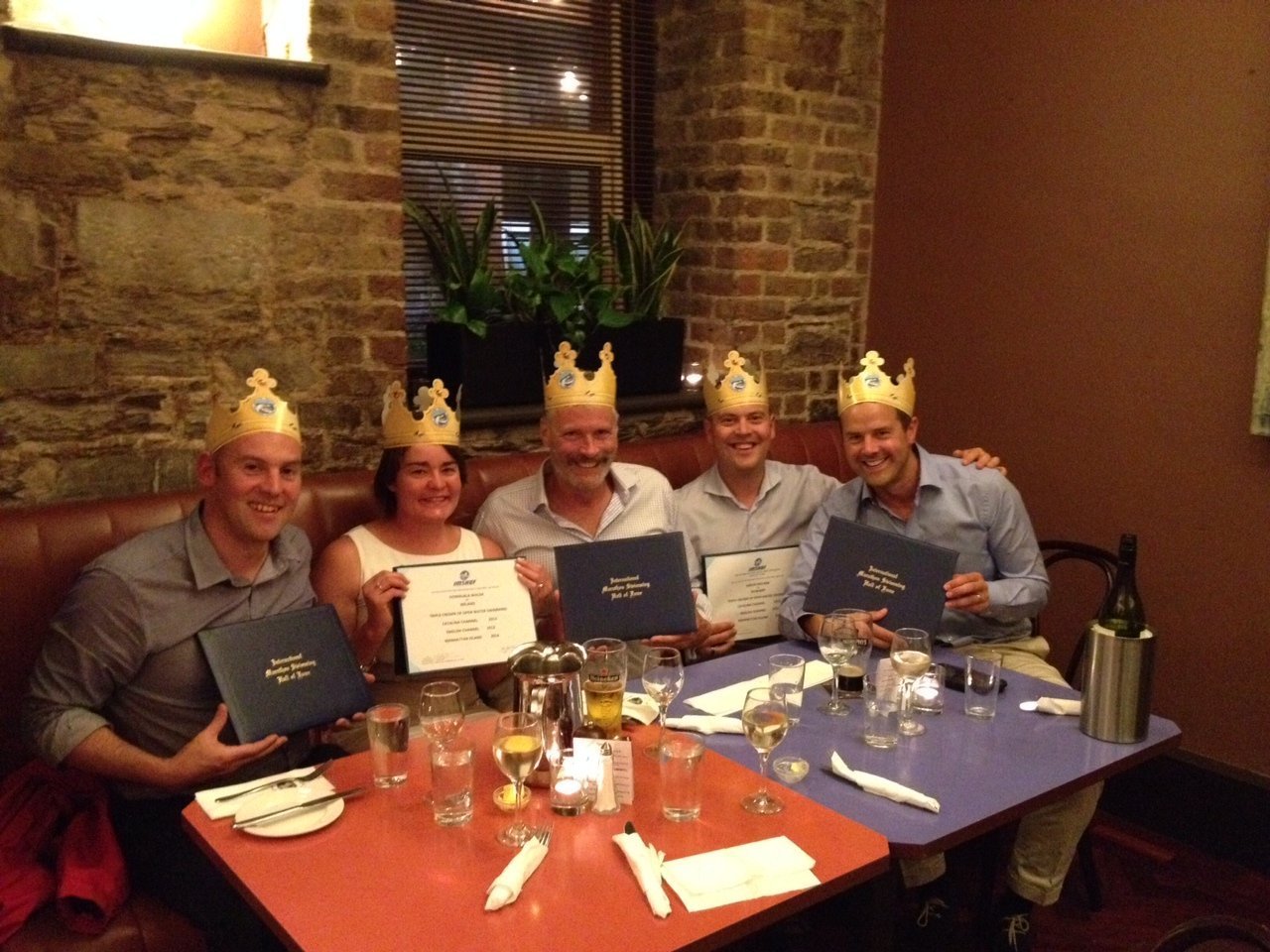 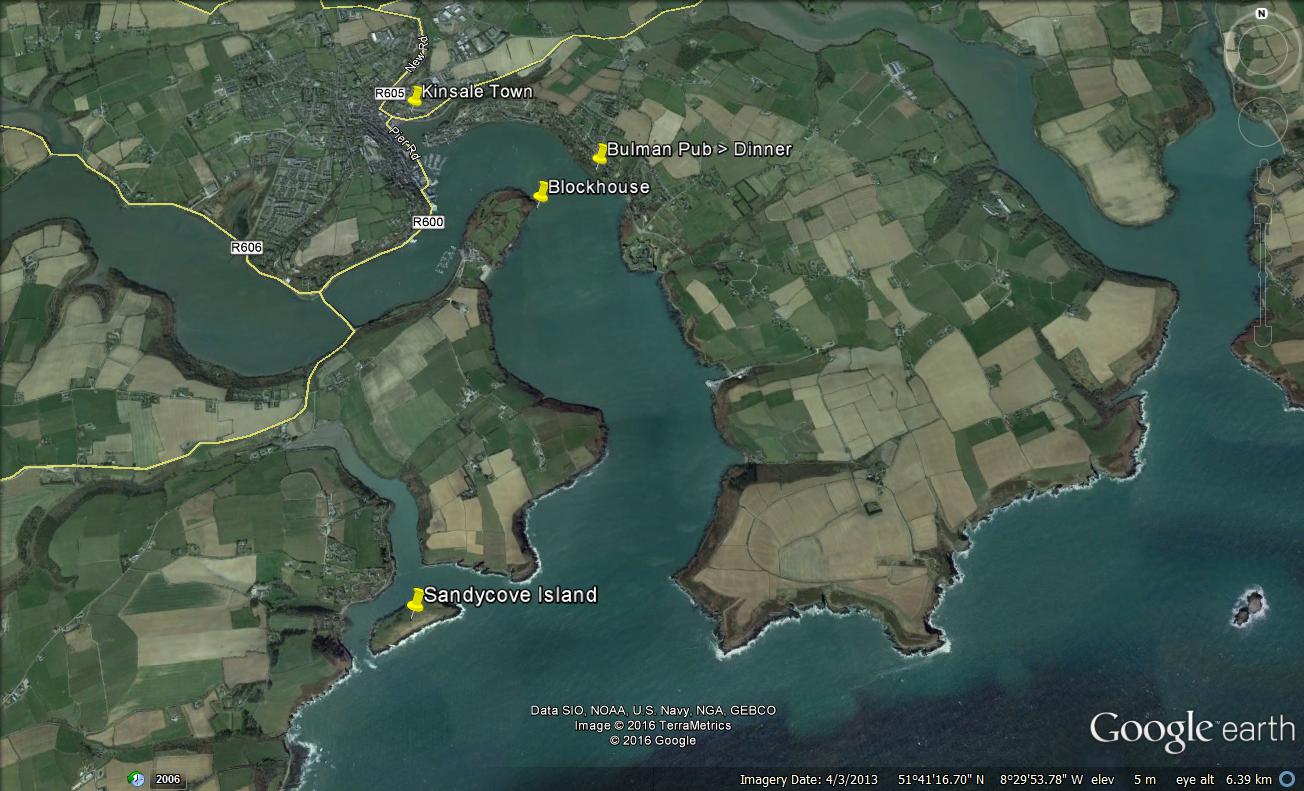 Serving as the cultural guardian of marathon swimming in the area, social gatherings among the Kinsale Distance Swimmers are held occasionally. “These range from hosting individual visitors like Kevin Murphy, the King of the English Channel with 34 crossings, to a hosted dinner for fifty to induct recent Triple Crown of Open Water Swimmers Matthias Kaßner of Germany and Americans Jim Clifford and Dr. Mark Smitherman on July 11th,” explains Ned Denison.

With Sandycove Island as its anchor, Kinsale is a mecca for marathon swimming. To the current time, 117 English Channel solo swimmers have rounded Sandycove Island while its cornerstone training program, the Cork Distance Week, has attracted more than 500 Channel swimmers over the last eight years.

Distance swimming can be traced deep into the political and maritime history of Kinsale.

Denison explains in depth. “While many are familiar with the Battle of Kinsale in 1601, lesser known was the Siege of Cork in 1690. Shortly after the Battle of the Boyne, the Williamites took both Charles and James Forts. This led to the later construction of the new Blockhouse on the Castlepark peninsula. Just down from James Fort it faced Summercove, the location of the present Bulman Pub. As part of the harbour defensive measures, a blocking chain stretched across this narrow entrance. From the Blockhouse, it was a short walk to the “platters and dishes” swimming location and just a bit further to Jarley Cove (now called The Dock).

In fact, the history of nude bathing at Jarley Cove only changed in 1895 with the construction of bathing boxes by the Kinsale Amusement Committee.

The naval gunners manning the Blockhouse were essentially imprisoned for months at a time on the Castlepark peninsula. Trapped by the Bandon River to the northwest, the harbour to the north, the sea to the east and south-east and Sandycove Creek to the south. Swimming was one of their few pleasures.

While Summercove was a short distance across the harbour, the military authorities kept a watchful eye as access to town of the much larger garrison in Charles Fort was likewise heavily restricted. World’s End was a short distance across the Bandon River, but the City gates were equally well guarded. Finally, boats were never left on the peninsula at night to further limit movement.

The allure of the debauchery was ever present in town at the four main taverns: The Jolly Mariners, the Red Lion, The Peacock and the Kinsale Arms. This led, in 1692, to the formation of the first distance swimming society in Kinsale – a secret all-male society.

Selecting dark evenings, often in lashing rain, the naval gunners not on duty would secretly assemble. Waiting until the tide was flowing in, they would strip naked and tie their civilian clothes in oil-skin bags. Slipping quietly into the water and hand-over-hand, they would pull themselves along the chain three-quarters of the way to Summercove. There they would release and take advantage of the tide to assist their one mile swim into town. Dressing in the shadows of the main pier, it was just a short walk to one of the Taverns and a few hours of heaven. Six hours later, they would catch the outgoing tide until they caught the chain for the return to the blockhouse. No record exists of ever losing a man or – ever being caught.

As time went on, the threat of war diminished, the chain was no longer used and the blockhouse/fort no longer manned. Swimming returned to being simply a pleasure.

The classic Sandycove Island Challenge Swim started in 1997, the first English Channel swimmers completed in 2005, the first 9-mile Champion of Champions started in 2008, and the Cork Distance Week was established in 2009.