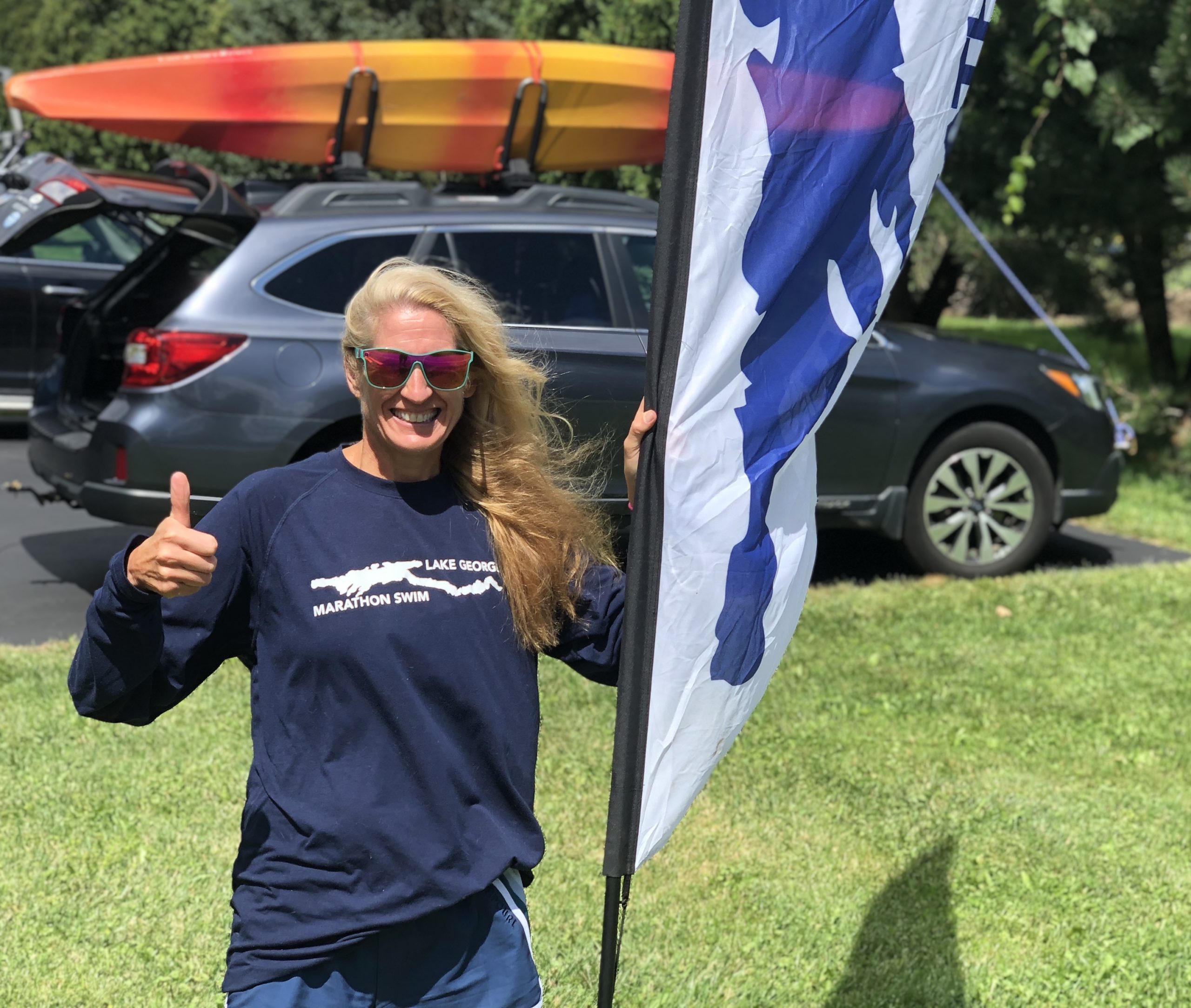 Courtesy of The Swimming Hole, Vermont.

On August 19th, Charlotte Brynn, a native of New Zealand, completed a relatively rare 51.5 km crossing of the length of Lake George in New York.

Lake George has a long history of lake crossings, notwithstanding its quick and unpredicted changes in weather. The 1927 Lake George Marathon Swim was a 24-mile professional marathon swim held in 1927 that was won by Edward Keating in 18 hours 47 minutes over International Marathon Swimming Hall of Fame Honor Swimmer Ernest Vierkoetter and 140 other competitors from around the world. Keating received US$5,000 for his victory (worth US$74,454 in today’s dollars).

Watch highlights of the 1927 race here.

It was first swum as a solo swim in 1958 by Diane Struble, a 25-year-old mother of three children, in 35 hours 30 minutes. 62 years later, 54-year-old Brynn crossed in 17 hours 58 minutes breaking three records in the process. She became the fastest swimmer, the oldest swimmer, and the fastest female to compete the crossing, approximately half the time and double the age of the pioneer swimmer who fueled herself on brandy and steak sandwiches.

The previous record was held by David Dammerman in 18 hours 49 minutes set 2016. Prior to Dammerman’s swim, the record was 21 hours 26 minutes set by John Freihofer in 1981 in the same direction.

Brynn began at 8:45 pm on August 18th and swam through the night into southerly head winds. She enjoyed a tranquil morning swimming in calm waters until a storm hit in the middle of the day that challenged her and her crew. Brynn completed the final hours of the swim with a northerly tail wind, landing at the public dock in Lake George Village at 2:42 pm the next day. 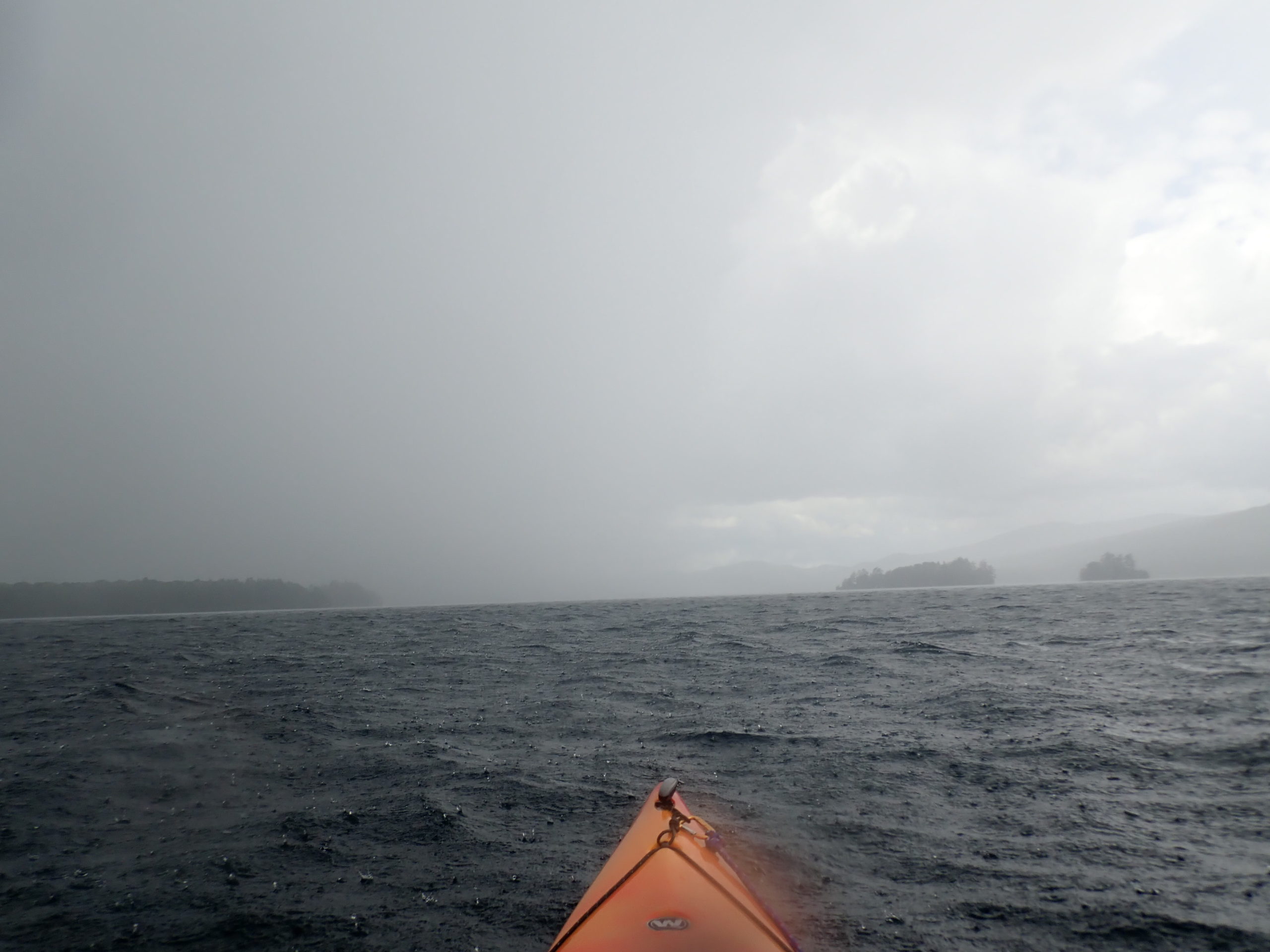 The storm hit at 11:45 am. The skies got dark, rain pelted down, and winds and waves kicked up. Brynn recalled, “I drove my head down and kept swimming, the crew stayed close by ready to assist if we needed to pull due to thunder and lightning. The Lake George Police vessel was in close proximity, and although some may have heard what could have been distant rumbles of thunder, there were no lightening visuals, and the police boat was close by, so we continued on as we were approximately 2.5 hours out.”

Brynn was escorted by a 25 foot pontoon boat piloted by Dave Snyder of Lake George, New York along with kayak support provided by Lyn Goldsmith and Eri Utsunomiya with observer Janine Serrell. Bob Singer and Deb Roberts provided both logistical and land support.

Brynn recalled, “This swim was made possible by the team that surrounded me and our swim plan, to keep me fueled up* and moving fast to avoid the cold night air lowering my body temperature. That plan included a variety of warm and hot feeds, keeping my feed times short, and maintaining a strong, consistent pace and work effort. The formula worked, and we enjoyed an incredible journey down this stunning lake, that treated us to a stunning sunrise, a feisty storm, and warm, welcoming locals, cheering us on from boats, islands and the mainland shore.” 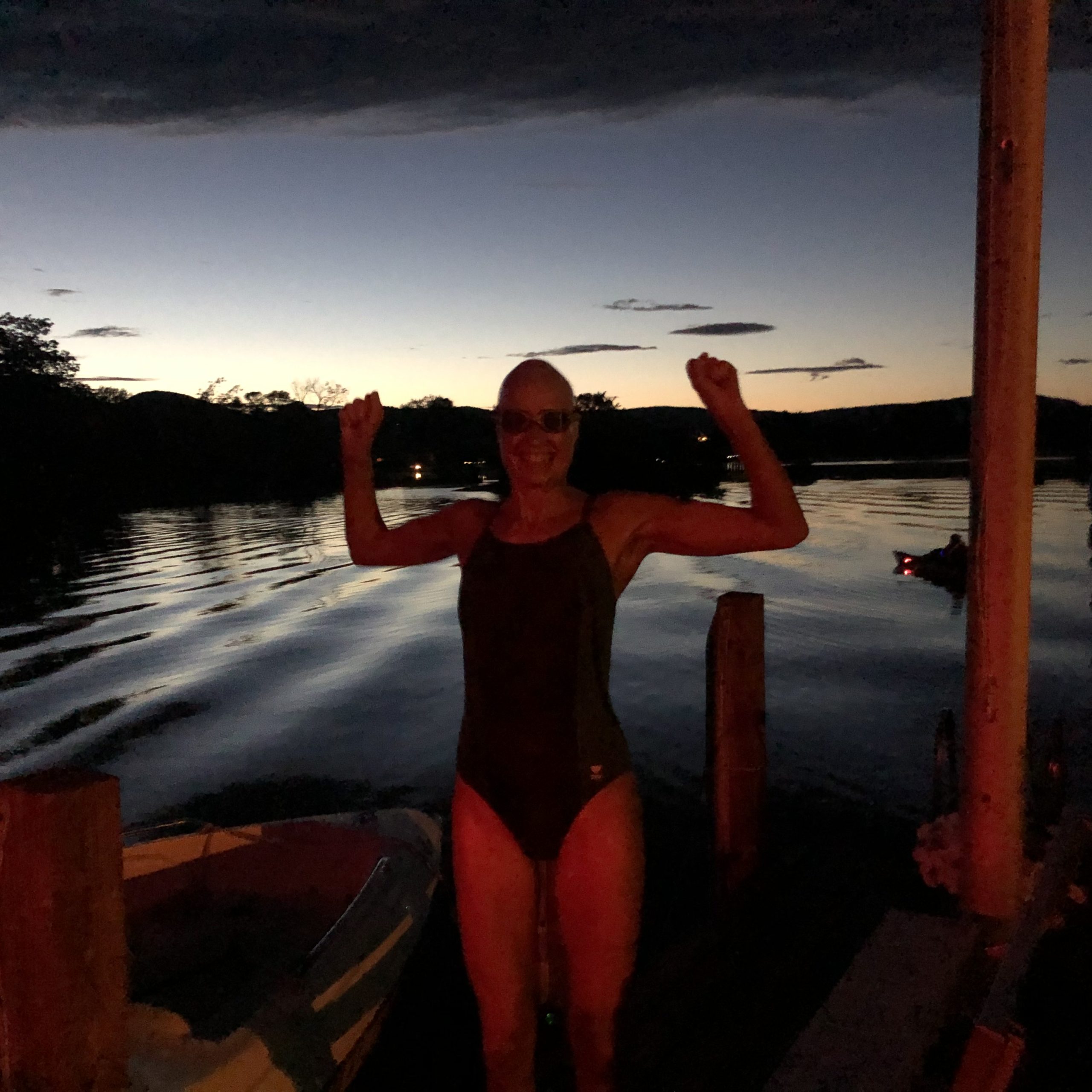