Knowing Where To Tap In The Open Water 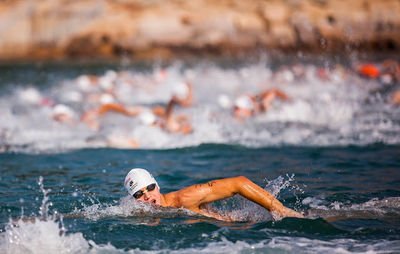 A ship engine failed and no one could fix it. Then they brought in a man with 40 years on the job.

He inspected the engine carefully from top to bottom. After looking things over, the man reached into his bag and pulled out a small hammer. He gently tapped something. Instantly, the engine lurched into life. The engine was fixed.

Seven days later, the boat owners received his bill for $10,000.

“What?!” the owners complained. “You hardly did anything. Send us an itemized bill.”

While swimming in a race or across a channel may seem simple enough from afar, asking around and training enough and acclimating sufficiently is the essence of becoming successful and enjoying the journey.

Photo from The Five in Hong Kong.