Ky Hurst Looks Into His Oracle And Shifts Gears 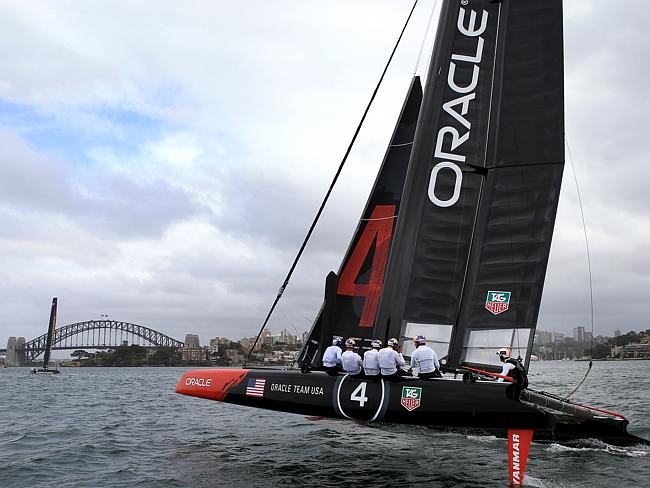 34-year-old Ky Hurst has been around the world and is as comfortable on and in the ocean as any other waterman.

But he has made a major change from running in the sand, bodysurfing along the coast, training many miles in the pool, and surf skiing with the world’s best. Hurst was invited to audition as a grinder and has become a welcomed addition to the America’s Cup champions, Oracle Team USA, where he uses his strength, speed and stamina on winches that control the hoisting and lowering of sails.

Come September, he will give up the waterman’s lifestyle in Australia to train with Oracle Team USA in Bermuda in advance of for the 2017 America’s Cup.

During Sheik Khalid bin Hamad Al Khalifa‘s unprecedented swim from Saudi Arabia to Bahrain in 2014, Hurst initially expressed his interest as becoming a grinder. After a series of tests and challenges that confirmed his physical abilities and personality mesh with the rest of the Oracle Team, Hurst was offered a position and is making the move to Bermuda to sail on top of the water, not compete in it.