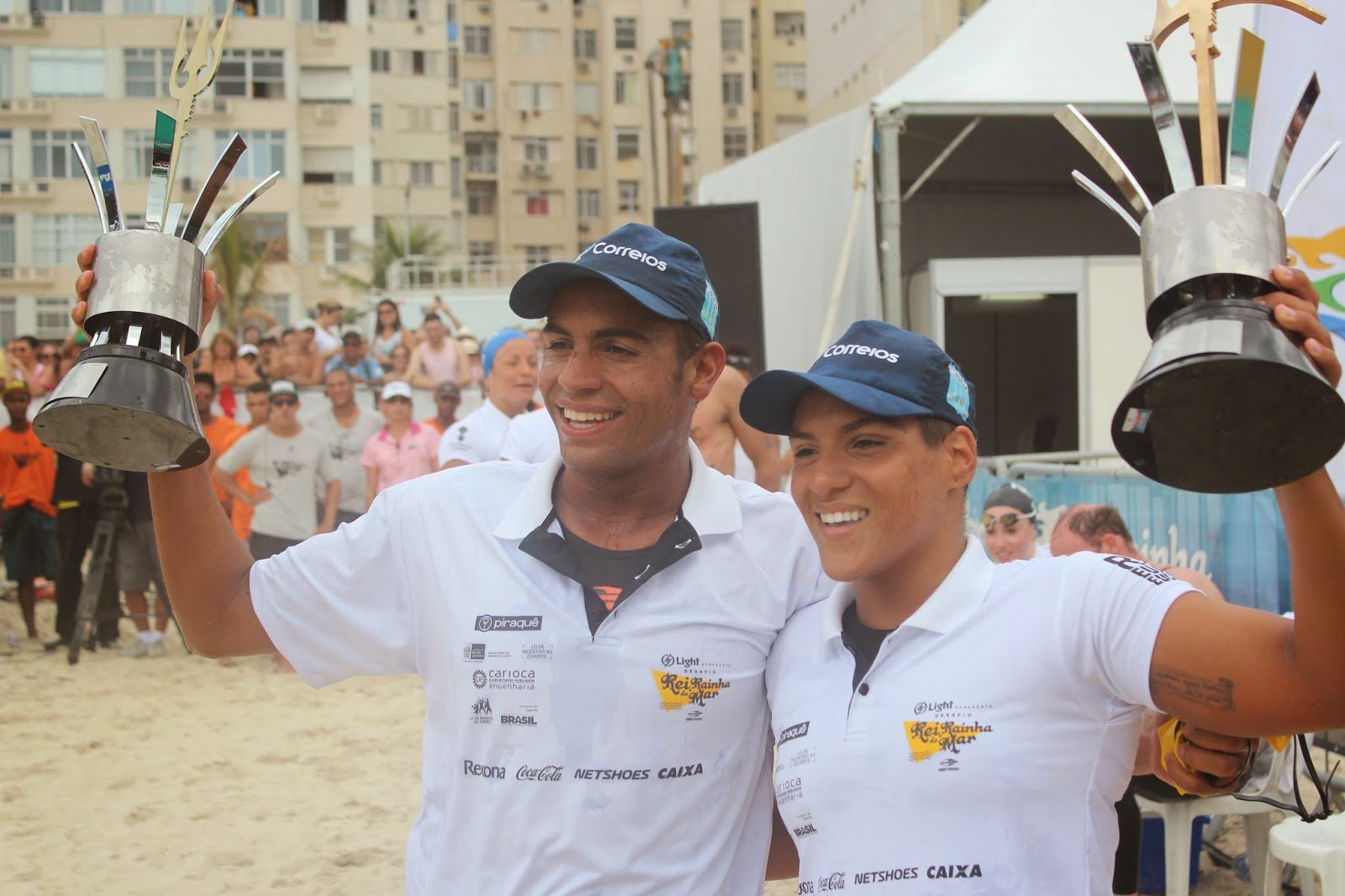 Nearly 100 of the world’s top professional marathon swimmers will participate in the opening race of the 11-race circuit.

In 2014, more than 300 swimmers from 38 countries took part in the circuit with Ana Marcela Cunha and Allan do Carmo taking top honors. The duo from Brazil remain as strong favorites again in the 2015 season, vying for a total of US$180,000 in cash prizes. The pair, like many other pros, will criss-cross the global to 9 different countries on 3 continents to ply their trade.

With Hosa as its new title sponsor, the circuit includes the following stops:

Photo above is from the King and Queen of the Sea (Rei e Rainha do Mar) in Brazil that shows the two 2014 FINA 10K Marathon Swimming World Cup overall series winners from Brazil, Allan do Carmo and Ana Marcela Cunha, both from Bahai and recipients of the FINA World Open Water Swimming Man/Woman of the Year.