Lake George’s Turbulence Is Too Tough In First Year 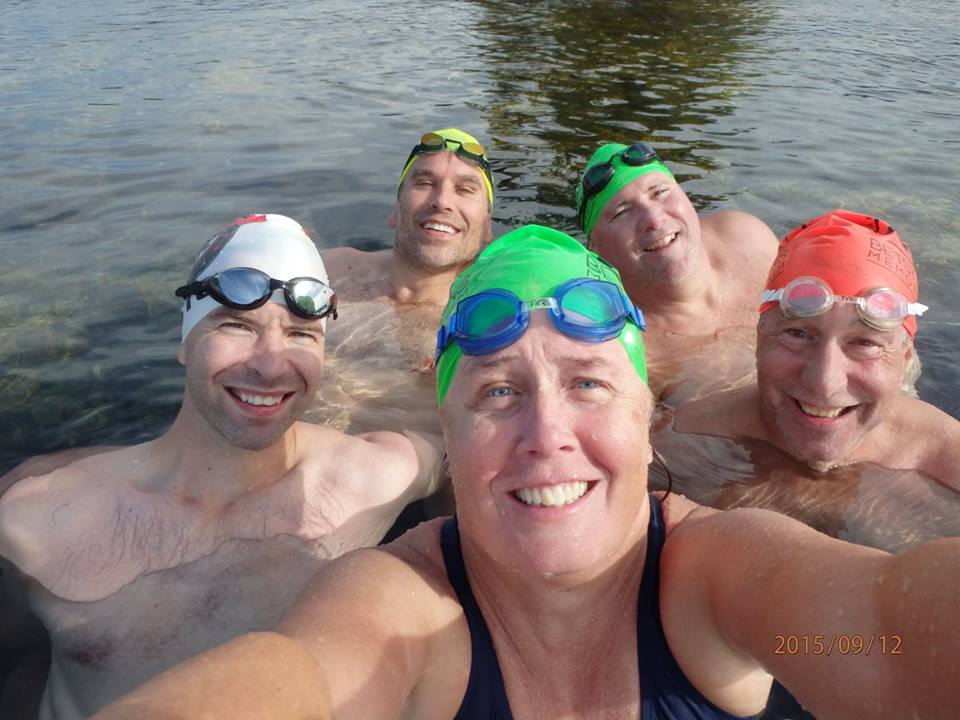 Deb Roberts, David Dammerman, Roy Ketring, Chris Bowcutt and Bob Singer were swimming together in Lake George, New York [see photo above]. “Why not swim from shore-to-shore, the length of the lake?” they asked each other.

That was the impetus for the start of the 32-milr (51.5 km) overnight Lake George Marathon Swim.

The swim is meant to commemorate Diane Struble‘s pioneering lake crossing in 1958 and the other swimmers who replicated her inaugural swim. 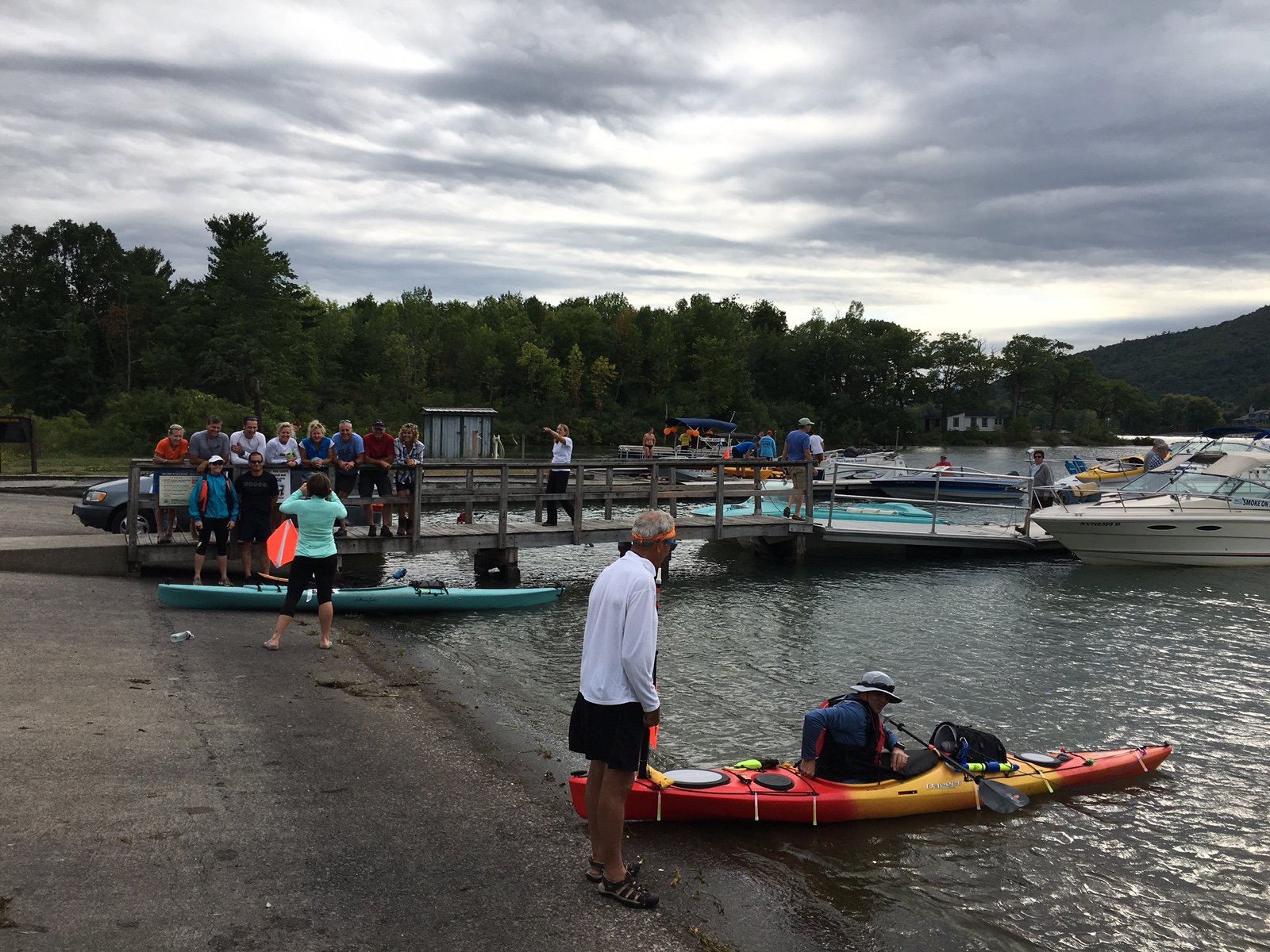 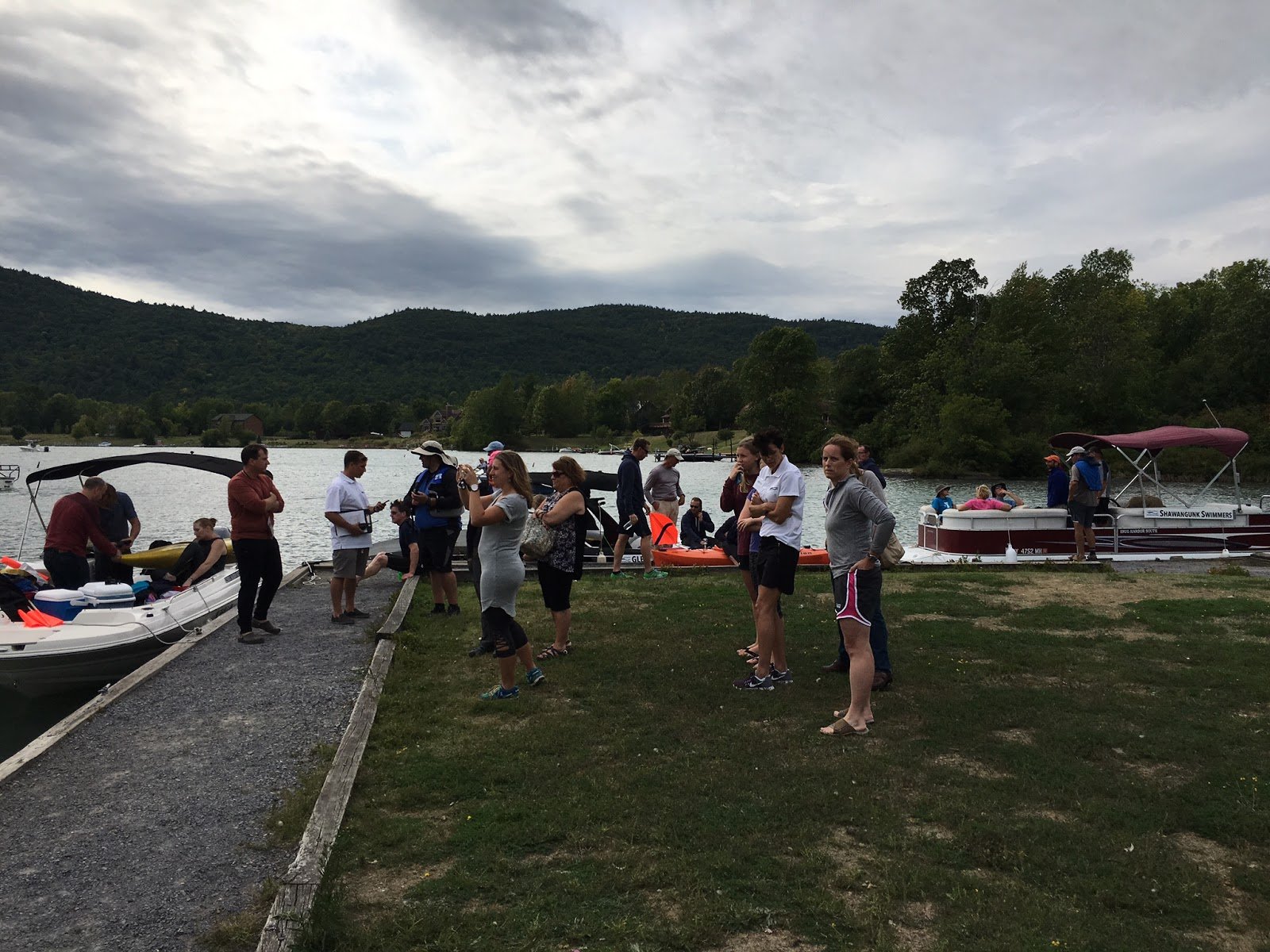 Then Michele Walters, Edward Riley, Marcella MacDonald, and Greg O’Connor went off 30 minutes later in the second pod with Harrison Freer as the pod leader.

There were a lot of hopes, dreams and goals swimming on Lake George. But the dark clouds and stiff wind did not bode well for a tranquil lake. “There was a strong headwind in Ticonderoga,” said Olympic marathon swimmer Alex Meyer. “There were white caps on the lake and a 15 mph headwind coming straight up the lake [and right into the faces of the swimmers].”

The escort kayakers were having problems under these conditions as the winds continued to build. “One crew boat was taking on water and there were two kayakers in the water and another had to be replaced,” reported a pod leader.

It wasn’t looking good as the sun started to set and the race still had to continue through the night.

It was a telling sign when the most experienced English Channel swimmer of the group, Marcy MacDonald called her swim. Soon thereafter, the race was called off for safety reasons.

But nothing ventured is nothing gained. So the swimmers and organizers learned how difficult this lake crossing can be.

And there is always next year.