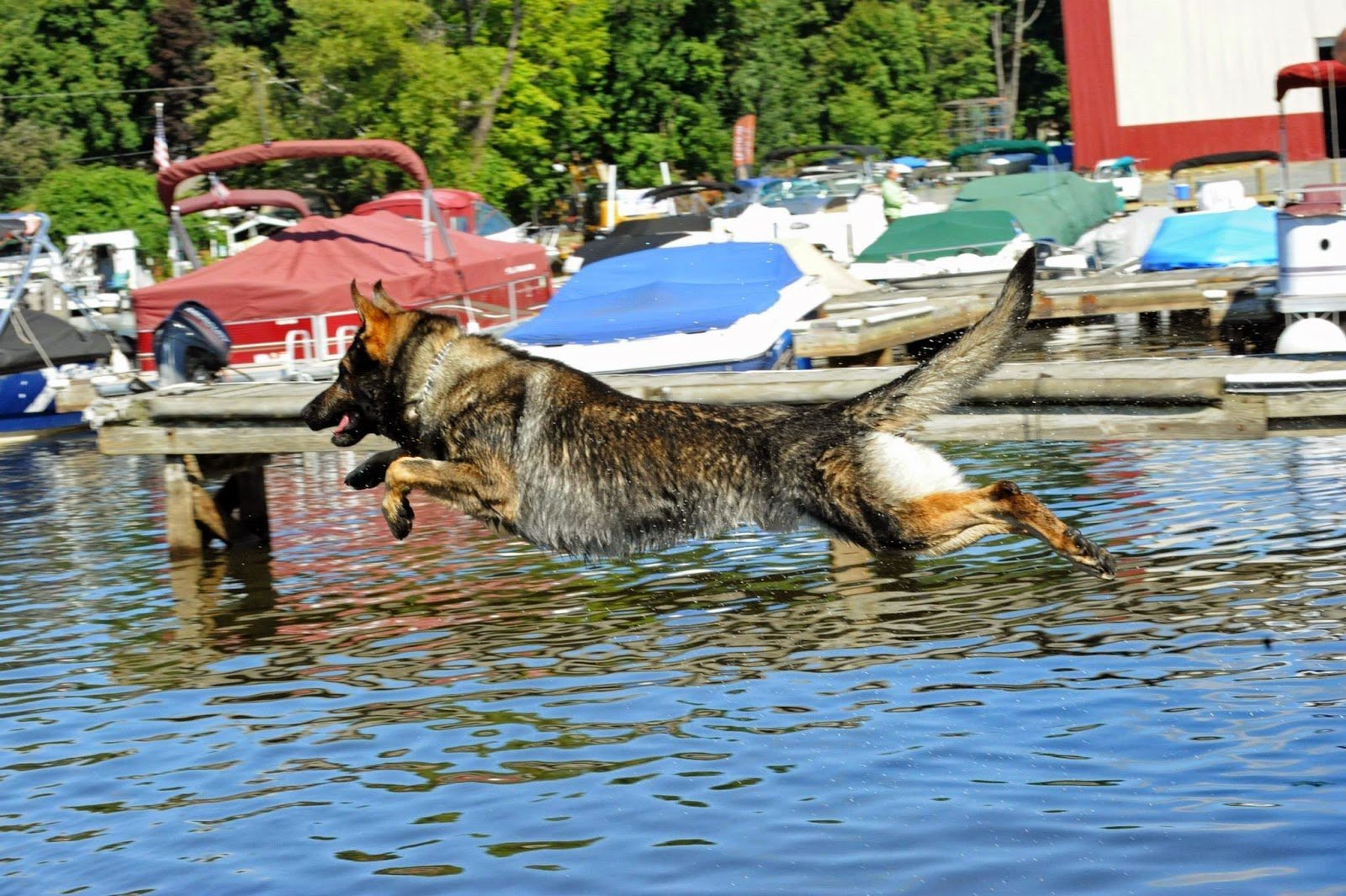 “We held our first 12 & Under kid’s event – 100 meters. John Sowa and Jeff Stuart volunteered to give the kids a clinic, then walk them through the start, and then swim with them through completion so all kids could finish – most their first open water experience. We were thrilled to see our future sport in action, and all finished to received doggy medals,” explained Hobart-Janeczko before she headed out to England to attempt an English Channel crossing. 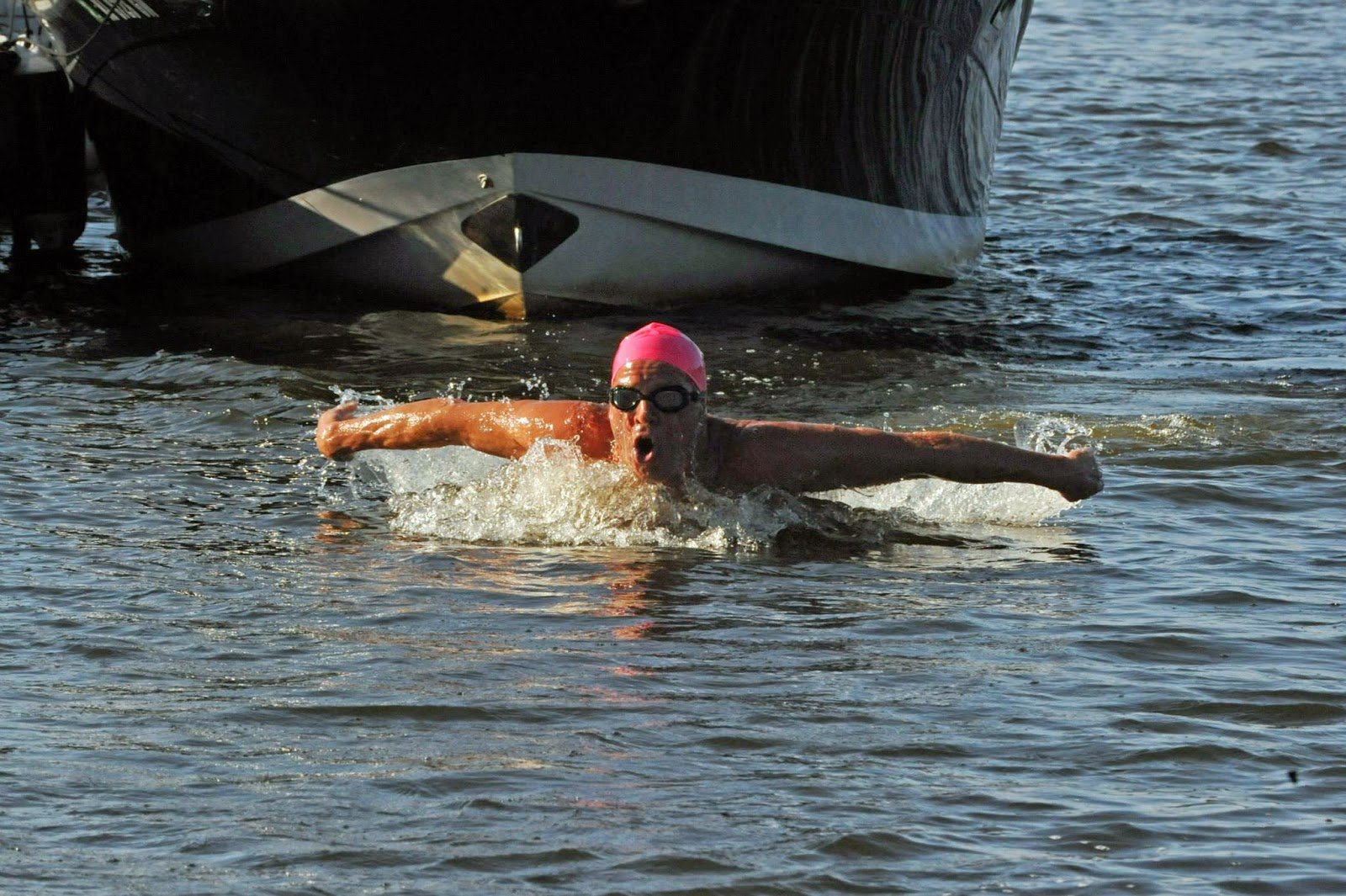 “We had strong charity support from Southern Tier Police Canine Association with 3 dogs, and 1 (Arek) is the New Jersey police dog that our 2011 event proceeds funded. This year’s allocation to Southern Tier Police Canine Association proceeds will go towards Arek’s dental work – damages from service. 11th Hour Rescue was on site with dogs available for adoption. All K9 dogs performed on land demonstrations, and Arek wowed the crowd with his water demonstration [see above]. This has become a popular part of our event for spectators and swimmers waiting on events or awards.”

The event netted US$7,500 that will be allocated between the charities. “Since inception of this event 6 years ago, we’ve raised approximately US$55,000 towards animal rescue and K9 charities,” said Hobart-Janeczko. “We have strong volunteer support, along with strong local business sponsor support. We also have strong on water support with a kayak and lifeguard team, Coast Guard team, and on land local EMT Team. This combined with swimmer participation has made this event successful and incident-free year after year. In addition to raising funds for our charities, our mission is to provide a safe, low-key open water event where swimmers looking for their first longer distance (2 mile) or first experience can do so.

All race bags included a chocolate paw pop – homemade each year to support our paws causes. Paws is our theme
.” 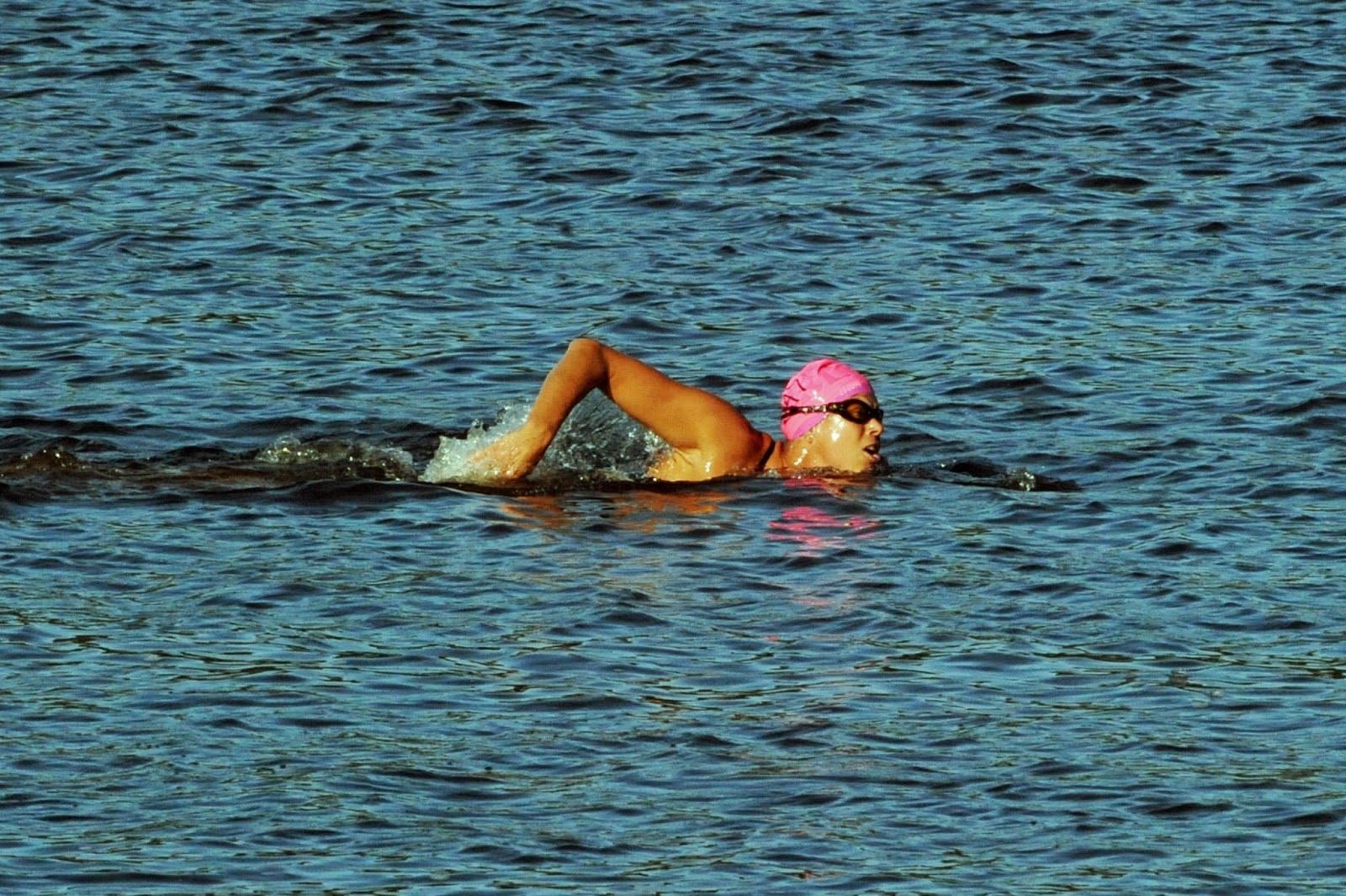 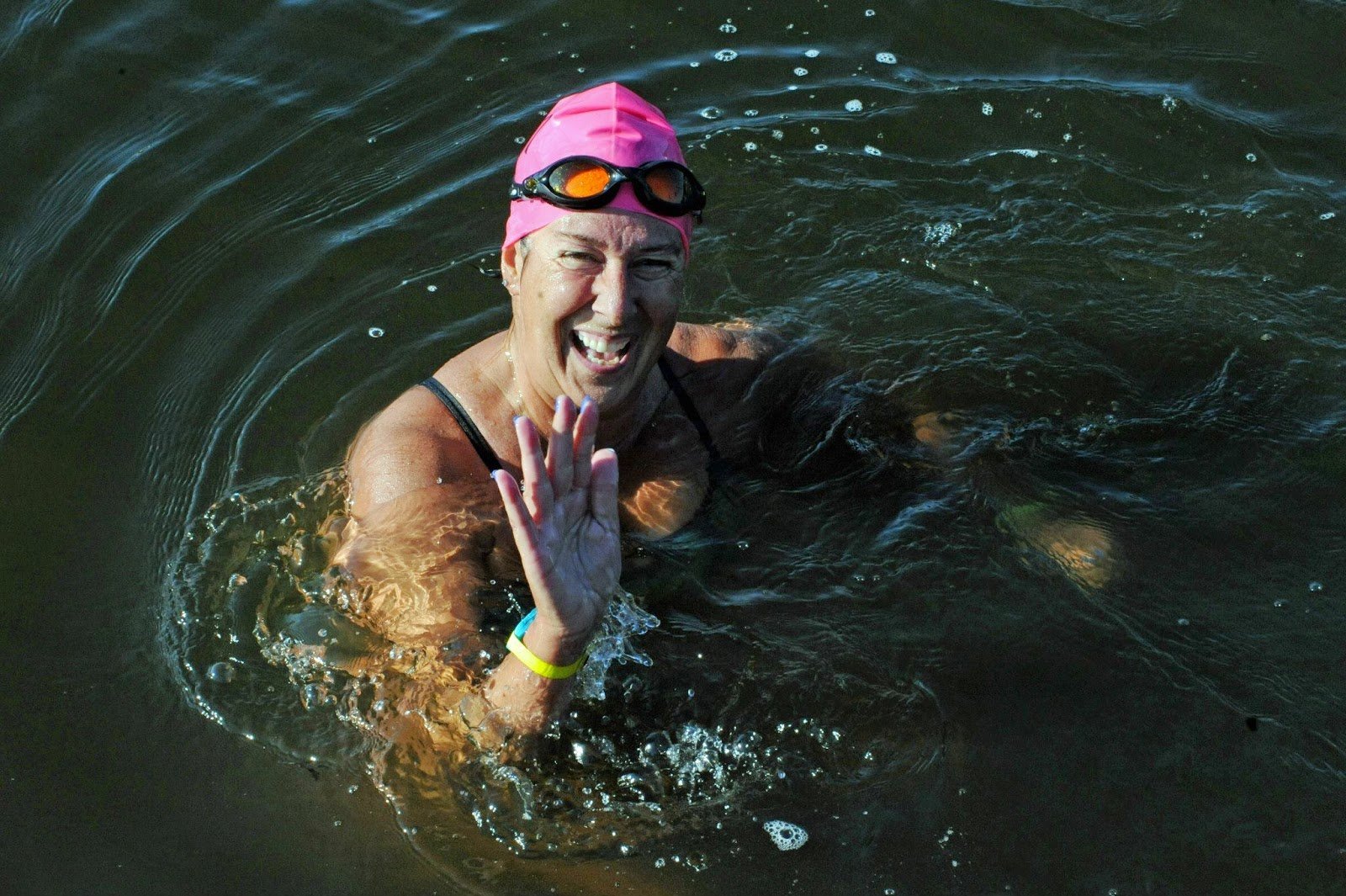