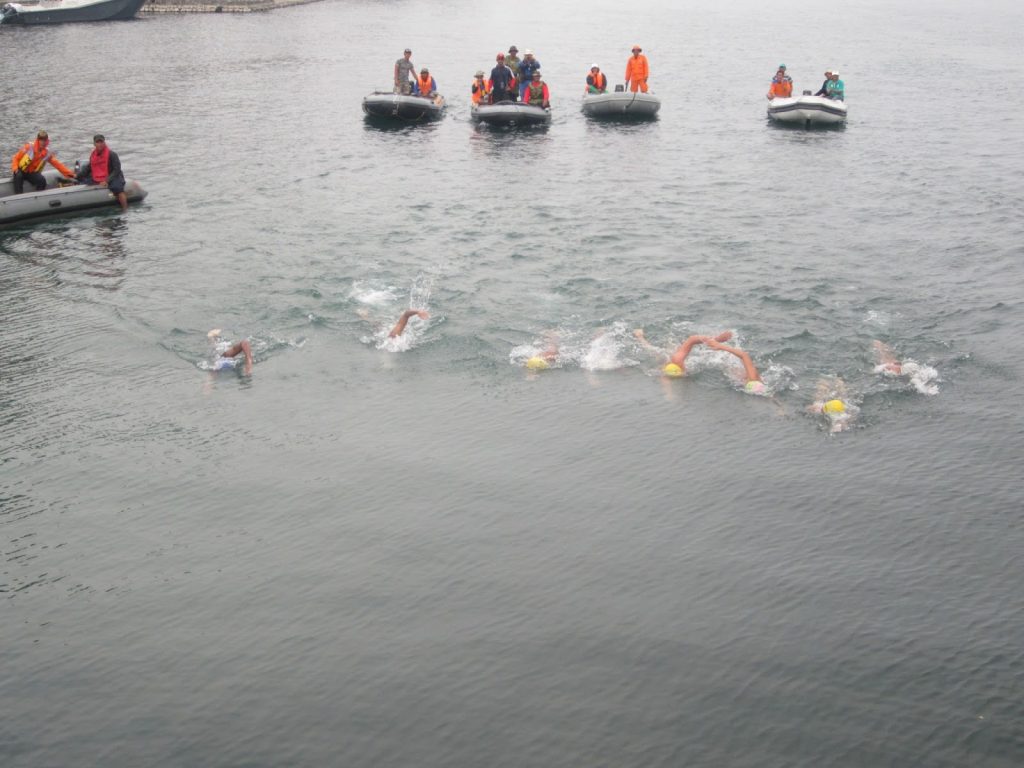 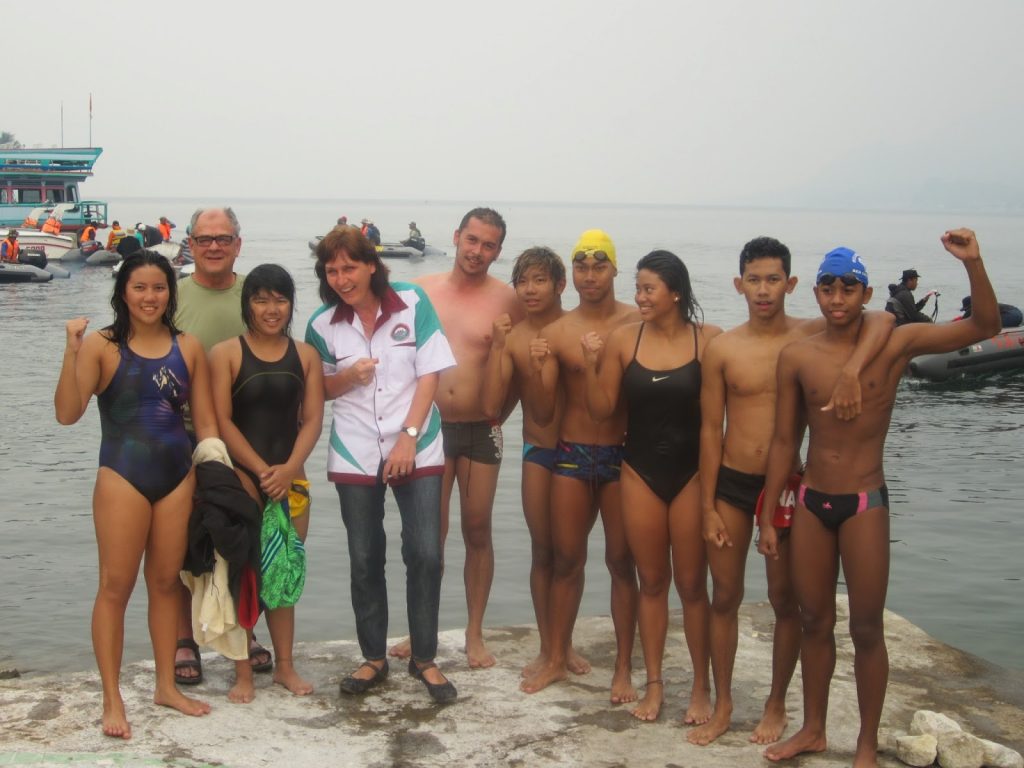 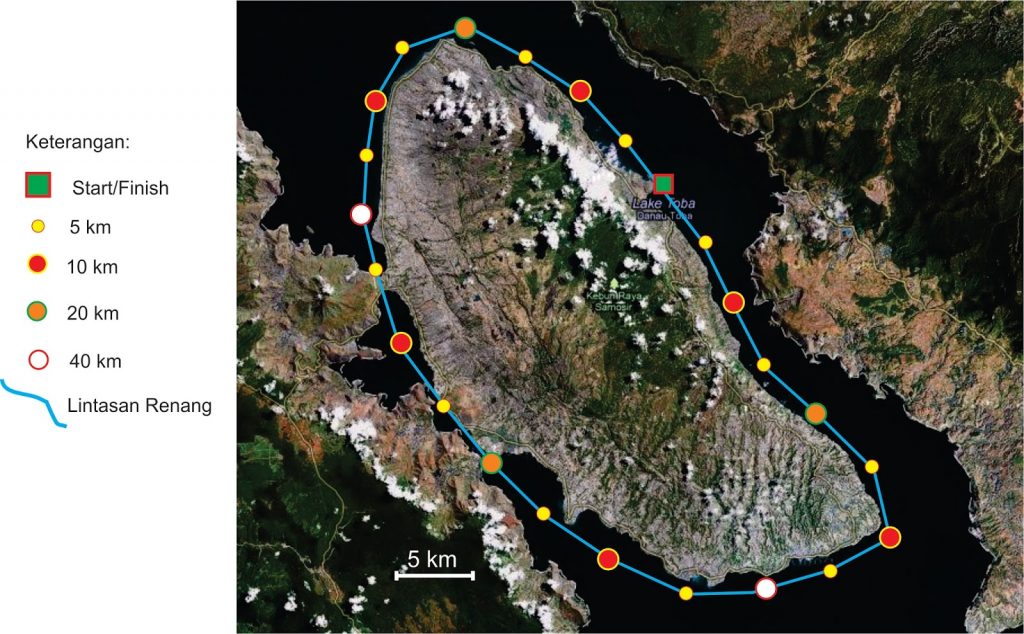 The 117.6 km World Super Swim is a series of 3 relay races over a 3-day period on September 11th-13th. Each race is a clockwise circumnavigation race around the Samosir Island that starts and ends at Tabo Cottage in Tuk Tuk.

The island is, interestingly enough, 920 meters above sea level in fresh water between 24–26ºC. Lake Toba is the largest lake in southeast Asia and the world’s largest and deepest volcanic crater lake. The lake was formed with an average depth of 450 meters 75,000 years ago after an earth-splitting volcano eruption. The race is around Samosir Island that sits in the middle of the lake.

On Day 1, the teams will compete over a distance of 40 km. On Day 2, the competition distance is also 40 km. On Day 3, the distance is 37.6 km among mixed-gender relays with 4 swimmers each. Each leg is 10 km (except for the very last leg).

There is one escort boat for each country team that will include a boat driver, a rescue guard, a referee, a timer, and a coach. Swimmers complete their relay exchanges, via high fives, at the designated buoys 10 km apart. The swimmers not swimming will be taken around the course in the mother ship that follows the individual escort boats at a significant distance.

The race officially ends at 5:30 pm each day. If one of the teams has not reached the finish line by 5:30 pm (after a 6:30 am start), the swimmer is stopped and the position marked with the GPS coordinates. The team may start the race on the next day at the same coordinates.

For more information and entries, contact the Indonesian Swimming Federation at owsindoswimfed@gmail.com.

Photos above show the teams from Indonesia that competed in the 120 km test event for the Lake Toba Festival – World Super Swim that was held in July.