Laser Marks The Spot At The Henley Swim 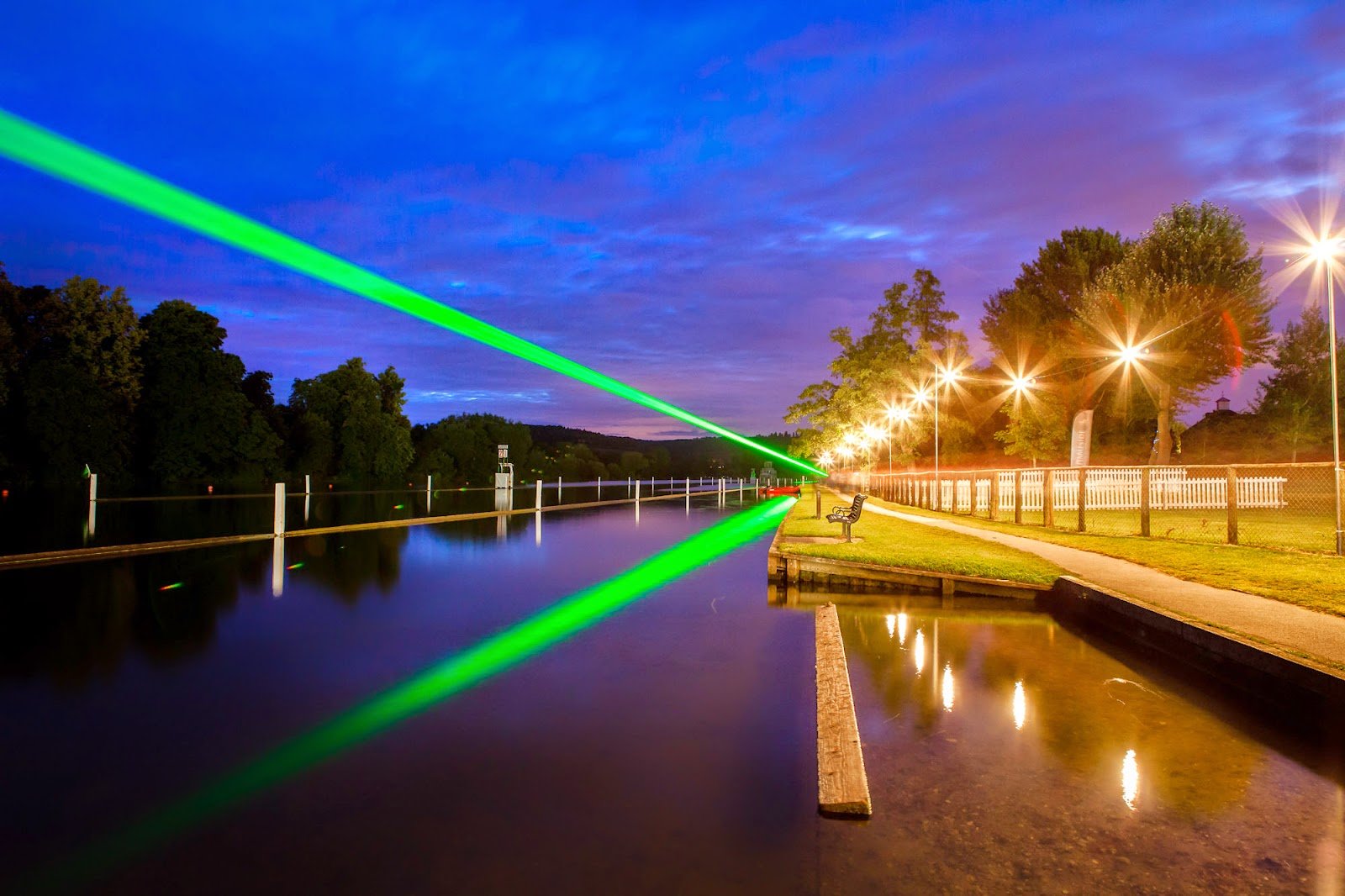 Laser to mark the straight course along the Henley Swim, one of the World’s Top 100 Open Water Swims. Courtesy of Tom Kean of Henley Swim.

The Henley Classic kicks off the Henley Swim events. A 2.1 km upstream River Thames swim, it is held over the Henley Royal Regatta course, very early on a Sunday morning before the Wednesday start of Henley Royal Regatta. “It provides a unique opportunity to swim one of the most famous and beautiful stretches of open water in the world, at what we believe is the most beautiful time of the day, dawn,” explains Kean. “A key feature of the event is that you arrive in darkness and walk the 1/4 of a mile to the start into the sunrise, led by the torch carrier.”

The Henley Mile is a straight downstream River Thames swimming event, held over the Temple Island SprintsHenley Royal Regatta boomed course. This family event, which is held throughout the day, features a non-competitive swim and the family-oriented Sporting category. The Henley Mile Juniors includes the Henley Half Mile, The Henley Quarter & The Henley Splash (200m) for 8-14 year olds. There is also the H2Open Suits v Skins Challenge, the Charity Challenge, Corporate Cup team challenge, the Henley Classic Mile Challenge and the Temple Island Sprints.

The Club to Pub is 1.5 km evening swim starts from Henley Rowing Club and finishes at the Historic Angel on the Bridge (dating back to 1728). “The first 400m from Henley rowing club will head upstream towards Marsh lock, turning at 2 large marker buoys, and hugging the Mill meadow bank all the way back down to the Angel on the Bridge,” describes Kean. “The swim’s challenge is to complete the course within the hour and before the chiming of the clock tower bells. For those who feel they can go faster, different finishers colours are awarded based on getting under 1 hour, 45mins, and for the really speedy 30 minutes. To celebrate the first running of the swim, Brakspear have brewed a special commerative beer for the event, called 2 bells. All finishers will receive a bottle of 2 Bells, Brakspears club to pub beer and a medal that doubles as a bottle opener to get it open.”

The Bridge to Bridge is a 14 km downstream swim. “It’s not a race as such, but an opportunity for you to test yourself and take in the stunning scenery at the same time. The swim is organised into a group format, with teamwork making this a fun and satisfying event with a difference.”