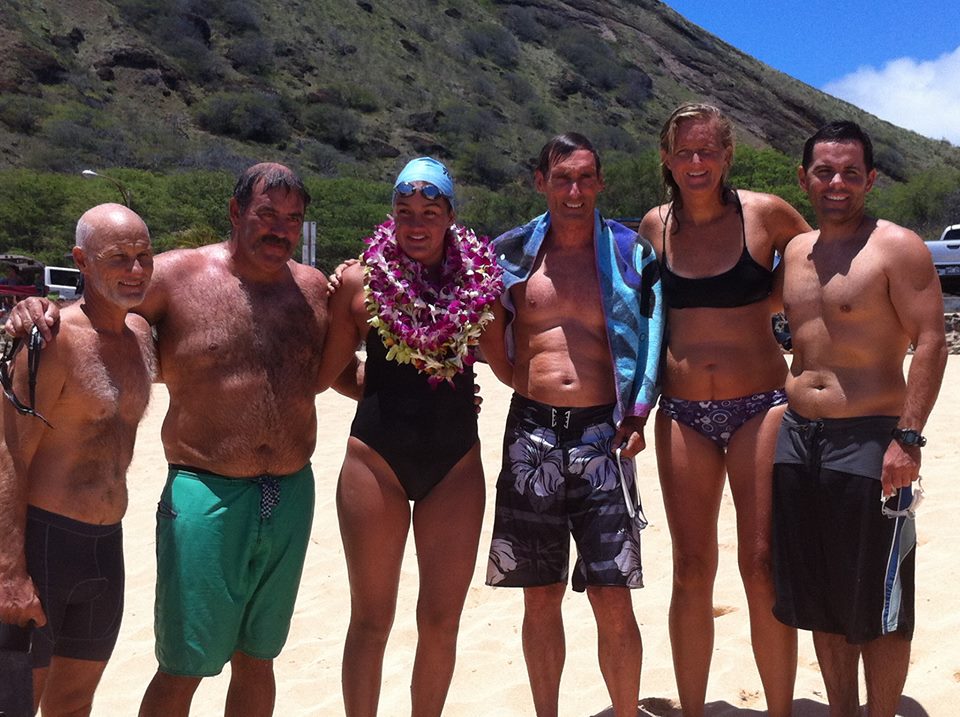 H3>Leahi Camacho, Insane Swimming Across Molokai Channel “That was probably the most insane thing I’ve ever done in my entire life that’s for sure. It was all going pretty smoothly until I got about mile 13, I got nailed by some Portuguese man o’ war,” Leahi Camacho said after her 14 hour 43 minute Molokai Channel crossing from Molokai to Oahu. She became the 29th person in history – and the youngest – to cross the 26-mile channel, landing perfectly on Sandy Beach, the closest possible point to Molokai. “It ran through my mind of how much easier it’d be to get on the boat and just come in. Overall it was really good though.”

Linda Kaiser reports from Hawaii, “She had a great current halfway across the channel. It sucked her right into Oahu and to Sandy’s Beach. But the winds weren’t good as they were running around 15-20 mph while the seas were around 4 feet.” Camacho received a very bad Portuguese man o war sting which ran across her back, under her arms, and wrapped around her upper left arm and her left side of the face.” But under the guidance of escort boat captain Matt Buckman and her paddlers Steve Haumschild and Jeff Kozlovich, the teenager hung tough and finished the swim in time for lunch (12:33 pm) after starting at 9:50 pm the previous night.

Camacho is only 17 years old.

She probably will do a bunch more insane things in her budding marathon swimming career.