Leaning Towards Being Waterlogged 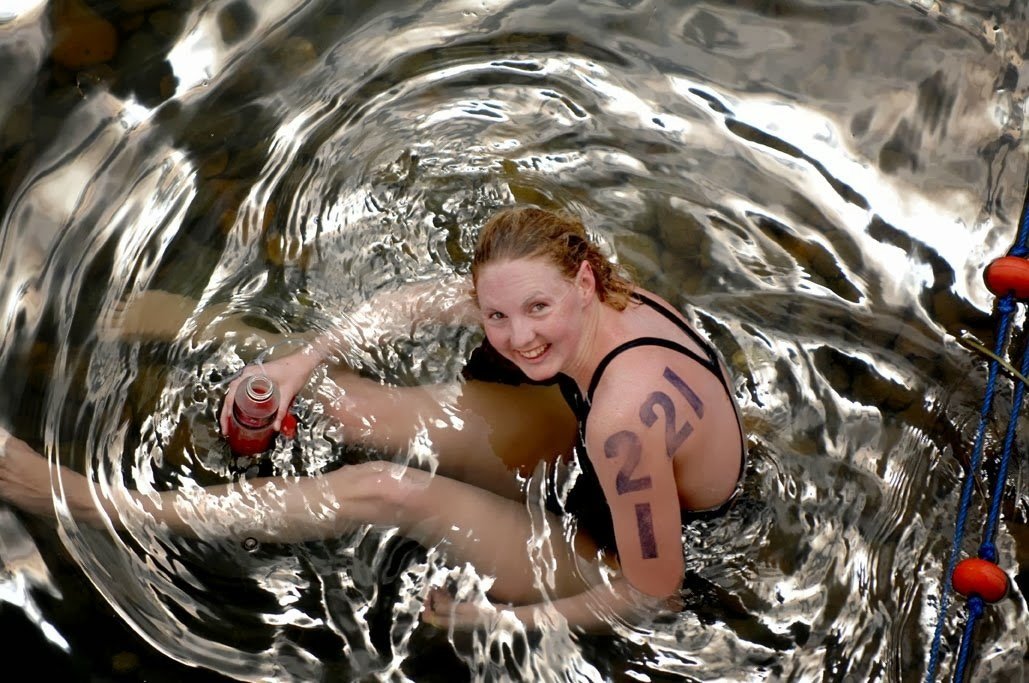 Swimming for more than an hour in the open water takes stamina and endurance, especially when it is done in the ocean, at high altitudes or in extreme temperatures.

But even with all that stamina and endurance, why is it that some open water swimmers can look a bit softer and a bit swollen and waterlogged after a long race or workout when they get out of the water? The effect goes away quickly enough, but it is still noticeable after a swim.

Before they take the plunge, many open water swimmers appear to be the epitome of health with a typical swimmer’s physique: wide shoulders tapering down to narrow hips and strong legs.

The quick answer is that the body naturally swells from prolonged exposure to salt or brackish water. As a result, their bodies appear bloated when they exit the water, especially when the swimmers are in the water for over an hour.

Physiologically there is a phenomenon called third spacing that can also cause the open water swimmer’s body to appear waterlogged or swollen. This third spacing can be caused by a loss of electrolytes. In turn, this results in extracellular fluids going out of the blood vessels and into the skin tissue that normally is not perfused with fluids. Third spacing occurs in the brain, lungs, abdomen and extremities when fluid is trapped in the interstitial spaces.

The third spacing effect becomes even more noticeable with an increase in water salinity and the duration of exposure.