Leap In From The Dryland To The Open Water 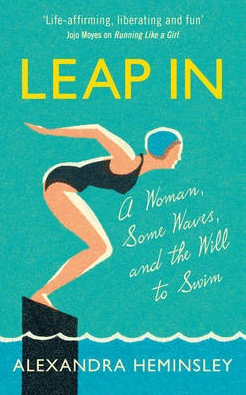 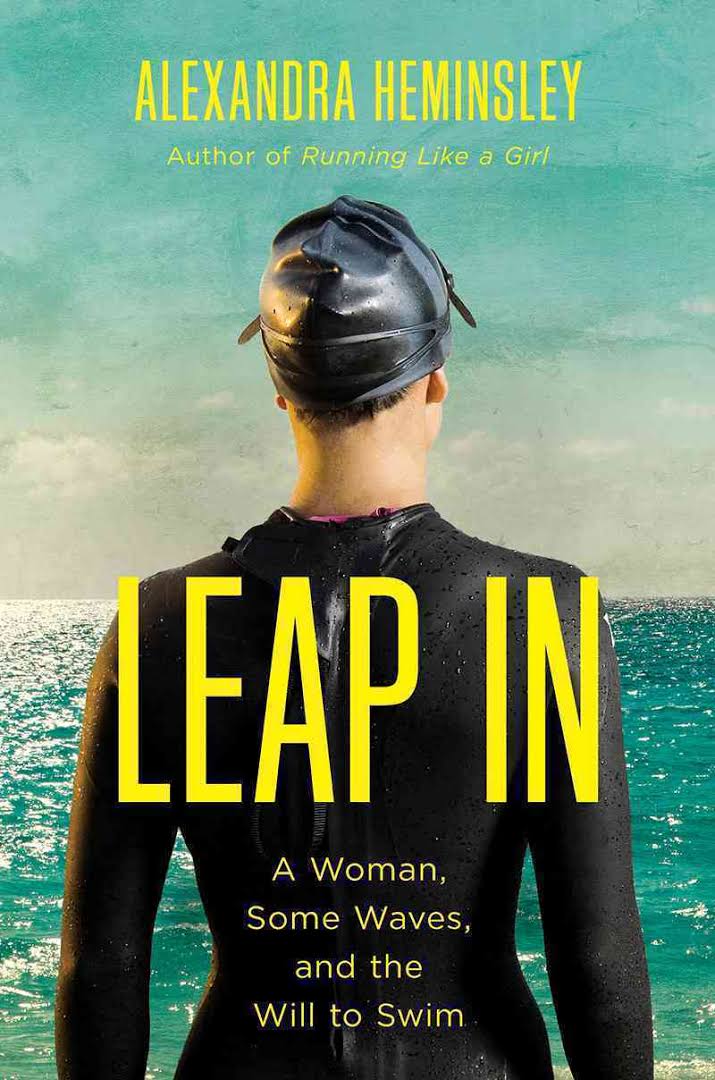 Alexandra Heminsley is a popular British author in Brighton who writes about running, dating and swimming.

The freelance journalist kicked off her book-writing career with Ex and the City: You’re Nobody ‘Til Somebody Dumps You. She then picked up speed with Running Like a Girl and followed it up most recently with Leap In: A Woman, Some Waves and the Will to Swim.

She talks about her latest book where she explored her dramatic journey into the open water while she was concurrently facing other life-changing issues.

Daily News of Open Water Swimming: You poured your heart into this effort to learn how to swim in the open water. You describe your journey well. Can you give women with similar goals 2-3 sentences of advice or support?

Alexandra Heminsley: I would tell them to focus on the breathing first and foremost. There is no point in worrying about mysterious creatures in the deep or a perfectly angled shoulder as your hand hits the water if you aren’t exhaling properly. It opens up the rest of the stroke to you on a practical, physiological level, but it also unlocks the relaxing, free-ing pleasures of swimming to you. Oh, and never, ever let anxieties about your journey to the water’s edge stop you from getting in – no-one is looking (and even if they are, they’re probably jealous of you).

Daily News of Open Water Swimming: In some ways, LEAP IN reminds me of the book Lean In: Women, Work, and the Will to Lead by Facebook’s Sheryl Sandberg. Different venues, different goals, but both books try to teach and inspire women to do things that they may not have wanted to do themselves. LEAP IN was your journey, but have people who have read your book told you of their own journeys and goals?

Alexandra Heminsley: Firstly, thank you. And yes, with all of my books, I seem to have unlocked a sort of overshare mechanism in people. When I wrote my first, Ex and the City, people told me about their heartache whenever I talked to them. Some truly horrible stories about getting dumped…

Then, with Running Like a Girl, I heard from people who were coping with some sort of grief or pain and were running to either pay tribute or simply to cope.

Now, I am hearing a lot of stories from people who thought they ‘would never get in the water again’ after some dreadful waterside childhood incident, but are now plucking up the guts – and lots of people who are trying to make that shift from breaststroke to front crawl and can’t master the shift to putting their face in the water. In all incidences, the answer has been…well if someone as profoundly average as me can do it, anyone can.

Daily News of Open Water Swimming: Will you continue swimming the rest of your life? Or are you into something new?

Alexandra Heminsley: Yes. One of the greatest comforts of swimming is how kind it is to all sorts of bodies, ages and conditions. It is a source of huge solace to me that even if I ever had to stop swimming for a while, it would always be there to return to. Having said that, I do want to learn to surf, which seems to require very little swimming and a lot of core strength, which – 5 weeks after a caesarean section – seems like a very daunting task.

Daily News of Open Water Swimming: On a scale of 1-10, what do you find the psychological and physiological benefits of swimming to be? Why?

Alexandra Heminsley: It’s impossible for me to really separate the psychological and the physiological as they are so intrinsically linked. Sure, there are the enormous benefits of relaxing in the water, the camaraderie of cold water expeditions with friends, the solace it gave me when struggling with IVF and then through a challenging pregnancy…but that mental respite in turn encouraged me to keep moving, to stay well and to cherish exercise for its own sake rather than any pursuit of social media ‘fitspo’ fame or a perfect bikini body. They have gone hand-in-hand.

I swam in the icy Brighton sea throughout my pregnancy: at the time, I thought I was doing it to relax, but the speed of my recovery after my son’s birth showed me that I had also been doing myself a lot of physical good – thank heavens.


Daily News of Open Water Swimming: Inspiration comes in many forms. It can be a British Olympic swimmer or the women down the street who swims for the first time. Who are the swimmers who most inspire you before you started sea swimming and now, after your sea swimming career has kicked off?

Alexandra Heminsley: Most of the swimmers who inspire me remain anonymous to me. The swimmers I’d see in my home town as I ran up and down the Brighton and Hove seafront, training for various marathons, seemed like superheroes to me. It was them who made me want to get in the water first of all.

Then there are the women who approach the water looking stooped, elderly or frail and then transform as they begin their stroke – longer, leaner, stronger and infinitely more elegant they become and entirely new, more fluid and confident them in the water. I was also transfixed by Diana Nyad’s recent memoir Find A Way, and Lynne Cox’s Grayson, which is extraordinary. Swimming inspires much better books than running.


Daily News of Open Water Swimming: Do you also give speeches? If so, where and when? What are the topics of your speeches?

Alexandra Heminsley: I give a lot of talks in bookshops and at literary festivals. I’m planning to do a public speaking tour in the new year. All details are always up on my Facebook page or Twitter (@Hemmo). I absolutely love meeting readers as it’s usually such a relief to have that “I thought it was just me!” moment with people – whether it’s about wetsuits or unbeaten race times or aching hearts.

Daily News of Open Water Swimming: On one LEAP IN cover, the cover is an illustration. In others, it is a photo of a woman in a wetsuit. Are there any particular reasons for this difference?

Alexandra Heminsley: The illustrated cover is the UK edition, where I’m published by Penguin Random House. The wetsuit cover is Pegasus Books’ US edition. There are 13 foreign editions of Running Like a Girl. I have found the various cover designs an endlessly fascinating look at the national psyche of each sales territory.

To purchase Leap In, visit here (UK) or here (USA).