Learn From An Open Water Hall of Famer 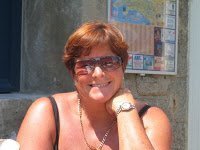 Learn From An Open Water Hall of Famer

Courtesy of WOWSA, Huntington Beach, California. Sally Minty-Gravett, one of the world’s most experienced English Channel swimmers, a 2009 World Open Water Swimming Woman of the Year nominee and an inductee in the International Marathon Swimming Hall of Fame, is putting on a great open water swimming camp for interested, potential and experienced marathon swimmers in Jersey between May 30th to June 4th, 2010.

At Sal’s Swim Camp – Jersey 2010, Sally will host swimmers in the Radisson Hotel and guide the campers for a week of bonding (i.e., eating well), conversations about marathon swims and who has accomplished what, stroke technique sessions, sea swimming so acclimatize and build up some distance in 14°C waters, talking about feeds and what people use and testing out different feeds, and enjoying the beautiful Jersey coastlines.