Learn To Swim Programs In The Pool vs Open Water 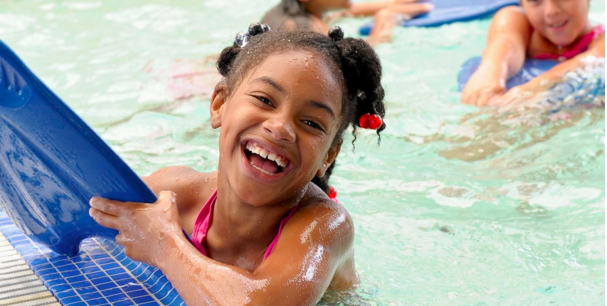 Learn-to-swim programs are promoted, funded and conducted all over the United States.

Arguably the most well-known and well-promoted learn-to-swim program is USA Swimming’s Make A Splash program, but there are many other programs from California funded and co-organized by the Night Train Swimmers to New York organized and funded by NYC Swim (SwimFree).

While the media attention and public awareness of drownings is usually focused on children ages 14 years and younger who mostly die in home swimming pools, the younger generation only comprises of 20% of the total number of deaths. 80% are older adults and for every child who dies from drowning, another five individuals receive emergency department care for nonfatal submersion injuries.

According to the Morbidity and Mortality Weekly Report in 2012, more than 50% of drowning victims treated in emergency departments require hospitalization or transfer for further care … compared with a hospitalization rate of about 6% for all unintentional injuries). These nonfatal drowning injuries can cause severe brain damage that may result in long-term disabilities such as memory problems, learning disabilities, and permanent loss of basic functioning (e.g., permanent vegetative state) based on information in Trends in Unintentional Drowning: The Role of Alcohol and Medical Care.

The demographics of deaths by drowning are well documented. Nearly 80% of people who die from drowning are male and the fatal unintentional drowning rate for African Americans was significantly higher than that of whites across all ages. 37% of Americans have limited swimming ability according to the Public Health Reports published by the National Institutes of Health.

But we believe the open water swimming community can play a large and significant role in helping prevent such tragedies, especially because the percentage of drownings in lakes, rivers and oceans increases with age. 57% of fatal and nonfatal drownings among those 15 years and older occur in the open water. But a vast majority of learn-to-swim programs are conducted in warm-water swimming pools.

In our opinion and observation, people with limited swimming abilities need to be taught what to look for and how to relax in the open water. Instead of teaching people in a flat-water indoor pool, it seems more effective to take them to a shoreline or seashore and teach them how to act in surf, identify risky conditions (where rip currents or waves occur), how to save others (e.g., by learning CPR) and how to participate in a rescue effort, and how to simply relax in the water in case of an emergency.

This can take patience and know-how – two characteristics that open water swimmers have in abundance.

So if nearly 60% of the drownings occur in the open water, why not have more learn-to-swim programs conducted in and near open bodies of water? Teaching people how to prevent drownings in locations where the drownings actually occur makes sense.