Lee Grove Ready To Help In The Face Of Danger 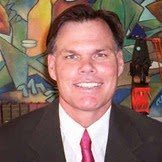 “That shark [in the Beyond Avalon relay] was moving so fast that momentum itself guaranteed some form of physical contact between [Dave Speier] and the shark. I didn’t even have time to get my mask on, much less enter the water to fend off the shark,” recalls Lee Grove.

Although the 76-mile (122 km) Beyond Avalon relay was eventually aborted, the mere fact that Grove was contemplating jumping in to defend his teammate speaks of his commitment to the mission and self-induced protection of his teammate.

In face of danger, he was actually ready to jump in between his friend and a charging shark.

While some marine advocates and others in the open water swimming world consider such action against a shark wrong, others would never consider serving as a bodyguard for one’s teammate in such a situation.

Grove’s willingness to jump in the ocean so far from shore also speaks of the role of support crew and observers on channel swims and marathon swims and officials at open water swimming competitions.

*Are they ready and willing at all times and anytime to jump in and rescue or help a fellow swimmer in need?
*Do they have mobile phones and wallets in their pockets or shoes and socks on, that will all take time to remove?
*Are they dressed appropriately (i.e., have swimwear on under their clothes)?
*Do they know how to make a rescue in high seas or are they prepared to help in cold water?
*Do they have a whistle or other means to immediately alert the pilot or rest of the crew in an emergency?
*Are they trained in CRP and first aid?
*If you saw a shark [see video below, do you know what to do?

Whatever their extent of preparations or level of experience are, there are plenty of issues to consider and prepare for when helping out in channel swims, marathon swims and open water swims.