Leonel Medina On Swimming In Panama 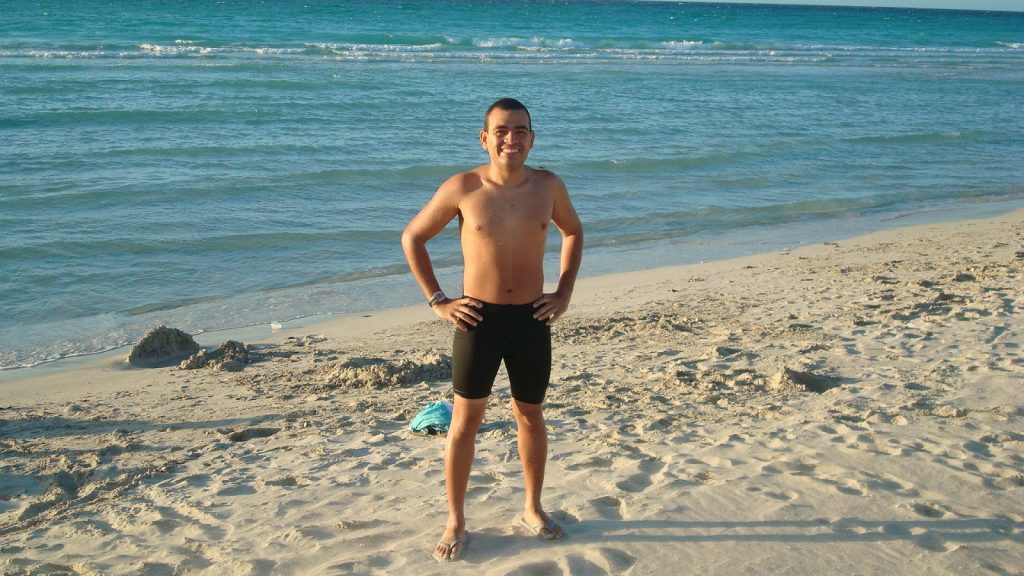 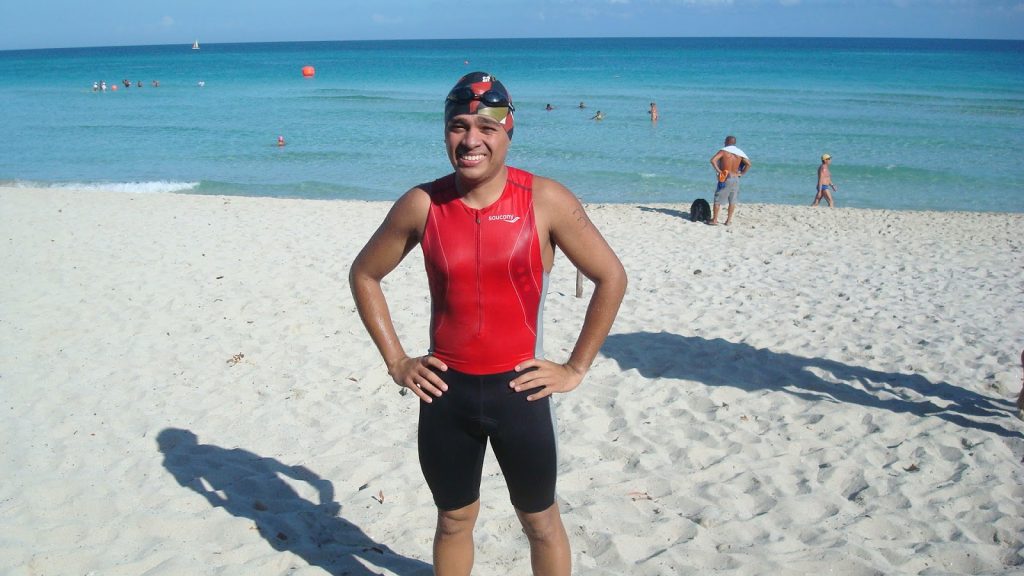 Leonel Medina is a 33-year-old open water swimmer from Panama City and the Inspector Nautico en Autoridad Marítima de Panamá in the Republic of Panama.

When he was 7 years old, his injury ultimately led him to a world of aquatics. He had an arthroscopic operation on his left knee and started to swim for rehabilitation. He started training with a personal coach to improve his swimming and got used to the aquatic lifestyle of regularly scheduled swim practices. .

Later he got very interested in open waters swimming. He entered two events in 2011: a 3 km race in Varadero Beach in Havana, Cuba and the 3 km Pan American Masters Championships in Copacabana Beach in Rio de Janeiro, Brazil.

We asked him about his own swimming and about swimming in Central America.

Daily News of Open Water Swimming: Why do you love swimming?
Medina: I like swimming because it is a complete sport in which you can exercise the whole body. At the same time, swimming gives you the opportunity to get fit via a low-impact sport on the joints compared to jogging or cycling. Besides, the feeling of the whole body to move and to slip into the water is a wonderful thing.

Daily News of Open Water Swimming: Where do you swim now?
Medina: Currently I practice swimming in a pool that is located near my office, called Albrook swimming pool. Occasionally I swam at the sea, because the beaches are great for swimming but they are far from the city, around two hours by car.

Daily News of Open Water Swimming: How many open water swimming competitions are there in Panama?
Medina: In Panama there is an open water event with a long history. It takes place every May called the Vuelta Acuatica a Colon. It is so called because it takes place in the Colon Province which is located on the Atlantic coast. The 5 km loop circuit was originally initiated by workers of the former Panama Canal Zone 58 years ago and attracts an average of 70 swimmers every year from Panama, Guatemala, Nicaragua, El Salvador, Colombia, Bolivia, Peru, Puerto Rico, Dominican Republic, and Honduras.

This year in June, there will be an inaugural competition in the Province of Cocle on the Pacific coast in the Playa Blanca. This is organized by a group of enthusiastic people from Costa Rica which will probably grow in the future. So there are only a total of two open waters events in Panama right now
.

Daily News of Open Water Swimming: How many people can swim in Panama?
Medina: In Panama most of the population can swim. Many of us have learned when we were children swimming in rivers, lakes or the beach. Many more learning in the open water than in pools. Some private elementary and high schools have their own swimming pools and are an integral part of physical education for all their students. But most governmental schools do not have this benefit. The Panama Swimming Federation governs all disciplines of aquatics: pool swimming, diving, water polo, synchronized swimming, and open water swimming; together with several swimming clubs throughout the country.

Daily News of Open Water Swimming: How would you like to teach people in your country how to swim?
Medina: My main idea to teach swimming in Panama is to share the knowledge I have gained in recent years in relation to the open water as well as in relation to pool swimming. While in Panama most people swim, but not very common to find people who are skilled in all four swimming styles such as freestyle, backstroke, breaststroke, and butterfly. Likewise, I would like to spread the knowledge of swimming for people to know and what to practice and help them maintain good health and physical condition.

I would start teaching mainly young children in low-income areas, where there are not facilities to learn swimming. This is a challenge because most of these places do not have proper training facilities. Also I would like to teach swimming techniques to people who live in the city areas. One of the challenges with this idea is to make this project financially sustainable over time.

Daily News of Open Water Swimming: What are your future goals in swimming?
Medina: My future plans regarding swimming are able to continue learning from the experiences of other swimmers and continue to participate in open water events in different countries with the support from God.