Lessons And Motivation From Shanghai 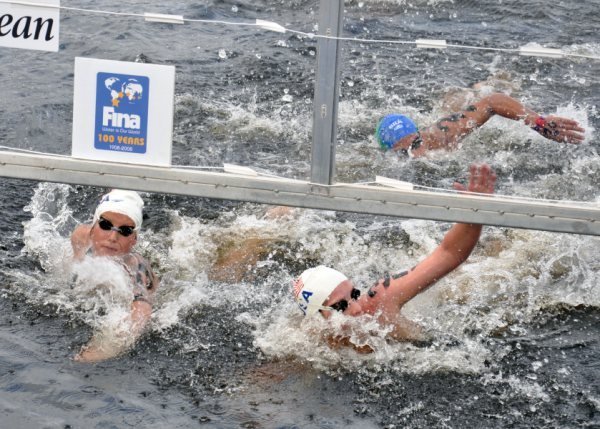 Christine Jennings penned a post-race analysis of her own qualification race in Shanghai for the triathlon community’s Lava Magazine here. Her steely resolve, like all the other marathon swimmers who did not yet qualify for the 2012 London Olympics, comes out loud and clear in her article. With 10 women automatically qualifying for the Olympic 10K Marathon Swim in Shanghai, there will be 15 spots available at the second Olympic qualifier in Setubal, Portugal next June. Photo shows Christine Jennings winning a FINA World Cup event in lac St-Jean, Canada over American rival Eva Fabian. Copyright © 2008 – 2011 by World Open Water Swimming Association